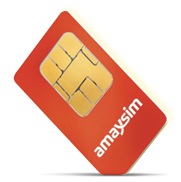 Amaysim, the low cost mobile service provider, has increased the price of its popular Unlimited plan but has also increased the data allowance.

The new more expensive plan will kick off on September 1 and now includes 5GB of data – up from 4GB – along with unlimited calls and texts.

New research has shown it is mobile data that is responsible for most bill blowouts with 51.6 per cent of the 5.6 million Australian smartphone users slugged with excess charges in the past 12 months.

Data is shaping up to be the new battleground for mobile carriers but customers are still in the dark when it comes to understanding how much data they use.

Surprisingly 88 per cent users don’t fully understand different tasks require different amounts of data while 23 per cent admitted they knew little about how much data they use.

In the past 12 months 48 per cent of Australians have increased their data usage.

“Some of the mainstream plans recently released include high amounts of data for the first month or two at no extra cost,” said Amaysim managing director Julian Ogrin.

“Once people are hooked on high data usage, in my opinion they run the risk of ending up on high-cost plans that do away with the data buffet they enjoyed at the beginning of their contract, proving there’s no such thing as a free lunch.

“So while these new plans look generous, for many people they could end up being little more than a delayed version of data-driven bill shock.”