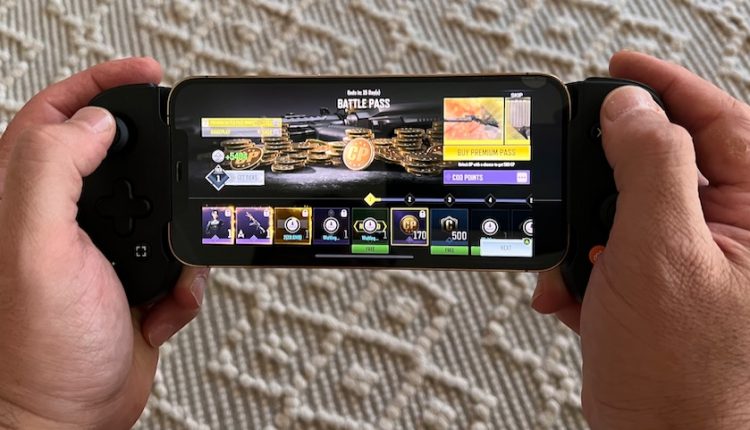 Backbone One controller review – a real game-changer for iPhone players

If you’re a fan of mobile gaming on your iPhone and want to take your gameplay to the next level, then you need to get your hands on the Backbone One.

The iPhone has become one of the most popular gaming devices in the world and Backbone One now provides the physical controls to take the game to a whole other level.

The Backbone One also comes into its own after the recent launch of the Xbox Cloud Gaming service which allows customers to play the latest Xbox games on their iPhone.

Backbone One is compatible with a number of games for those players who want more than the touch controls of the screen.

Backbone One has an expandable design so you can fit iPhones back to the iPhone 6s and 6s Plus all the way up to the recently released iPhone 13. 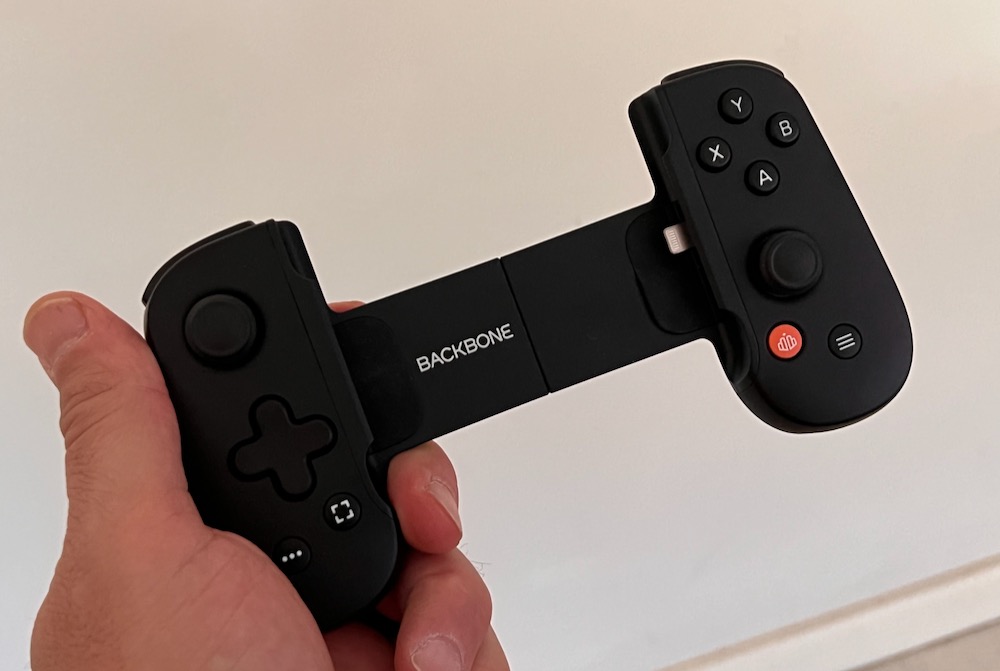 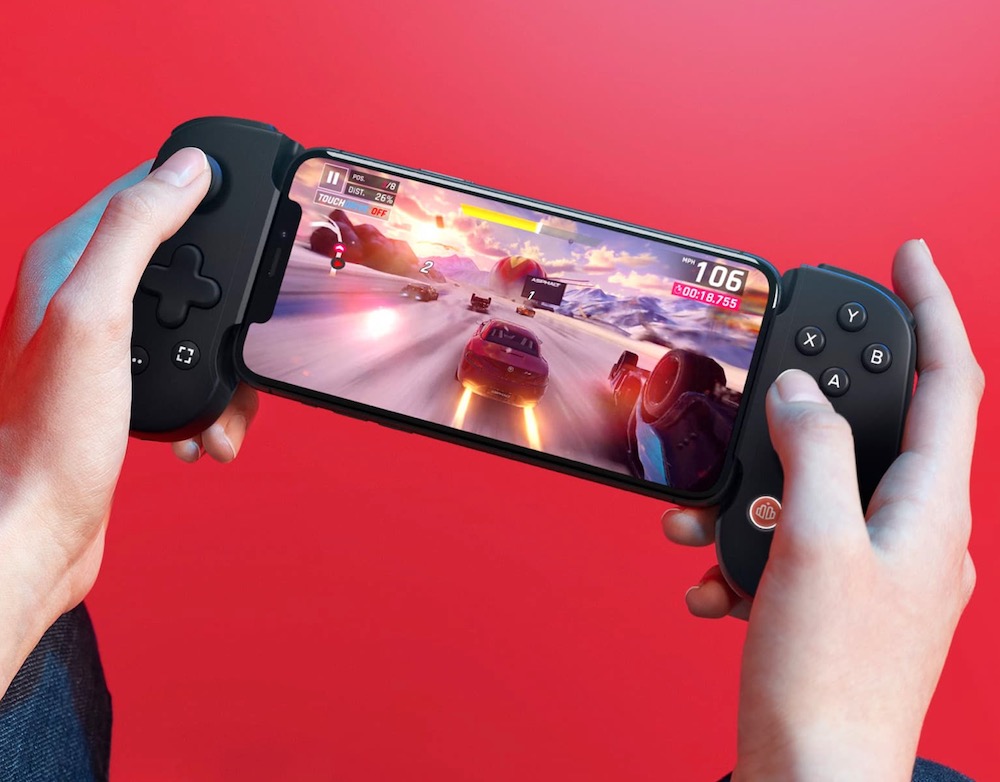 If there’s a case on your iPhone – it will also need to be removed for the best fit.

You also need to be running iOS 13 or later on your iPhone as well.

The Backbone One looks like a controller that’s been split in half with the space in the middle expandable to accommodate the various size iPhones. 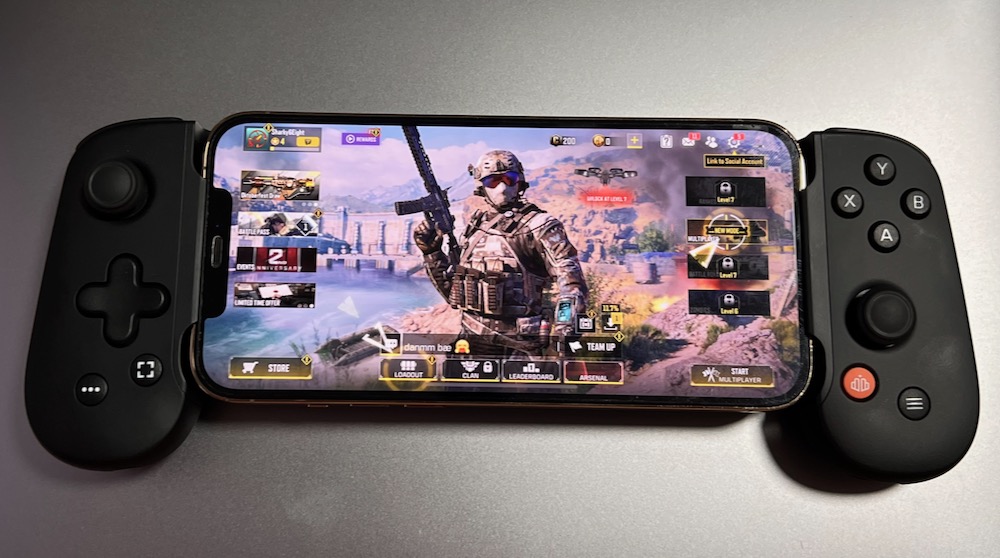 On the right half is the Lighting plug that connects the iPhone to the Backbone One to enable the controls in the compatible games.

Having that Lightning connection also means it doesn’t require a battery because it draws aits power from the iPhone. That’s one less thing you need to remember to charge.

On the left side is a joystick, directional keys, a button to record gameplay and another to mute the game.

On the right side is another joystick, A and B, X and Y buttons, shortcut button to the Backbone app and a menu key.

But it doesn’t stop there. There are also two shoulder buttons on each side.

The Backbone One without an iPhone inside it is 17.62cm wide and can extend to a maximum size of 25.76cm. It weighs 138g on its own and you can add the weight of the iPhone you’re using to working out the total weight. 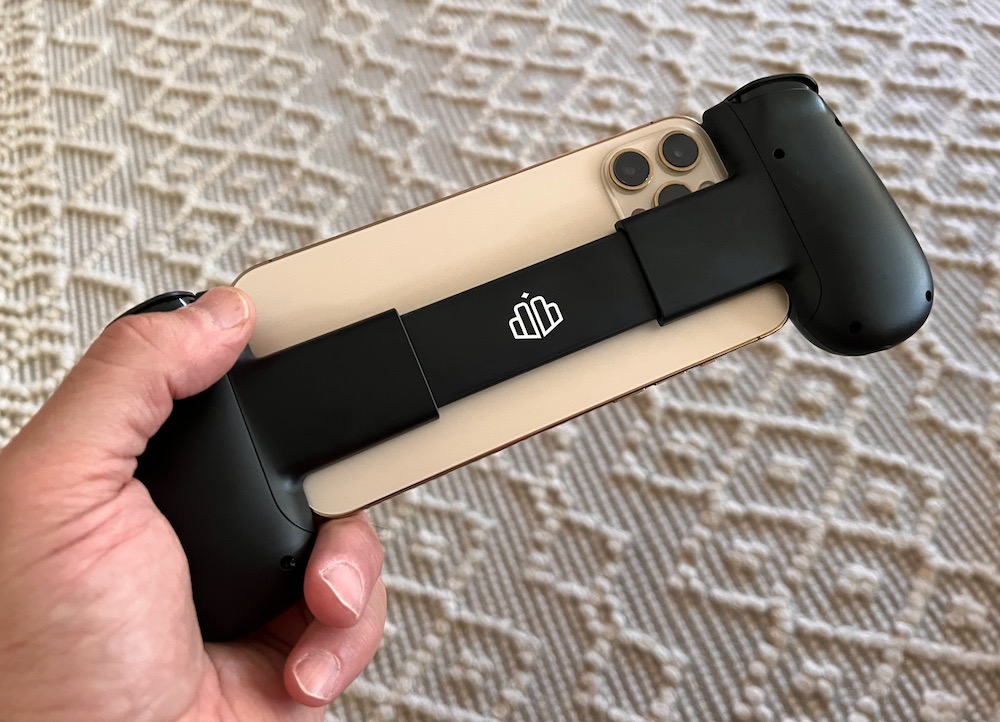 The Backbone app is like your home base that links you to all the compatible games and services.

In the menu system you can take even more control by calibrating the joysticks and mapping the buttons to suit the game and your preferences.

When the iPhone is placed in the Backbone One it has a nice balanced feel in your hands with all the controls right there at your fingertips.

Playing games on the iPhone with the touchscreen controls just doesn’t offer the same experience as playing with a controller in your hands.

With the controls on the screen, it means you’re also covering part of the screen and limiting the game’s real estate.

We’ve found touch controls are not always as accurate or responsive as a physical button or joystick.

What helps is a fast wi-fi network as well. Any kind of lag you experience is more likely to be your network rather than the Backbone One.

We spend some time playing Call of Duty – a game we play on our PlayStation console.

But the mobile version wasn’t of interest because of the hit and miss nature of the control interface. 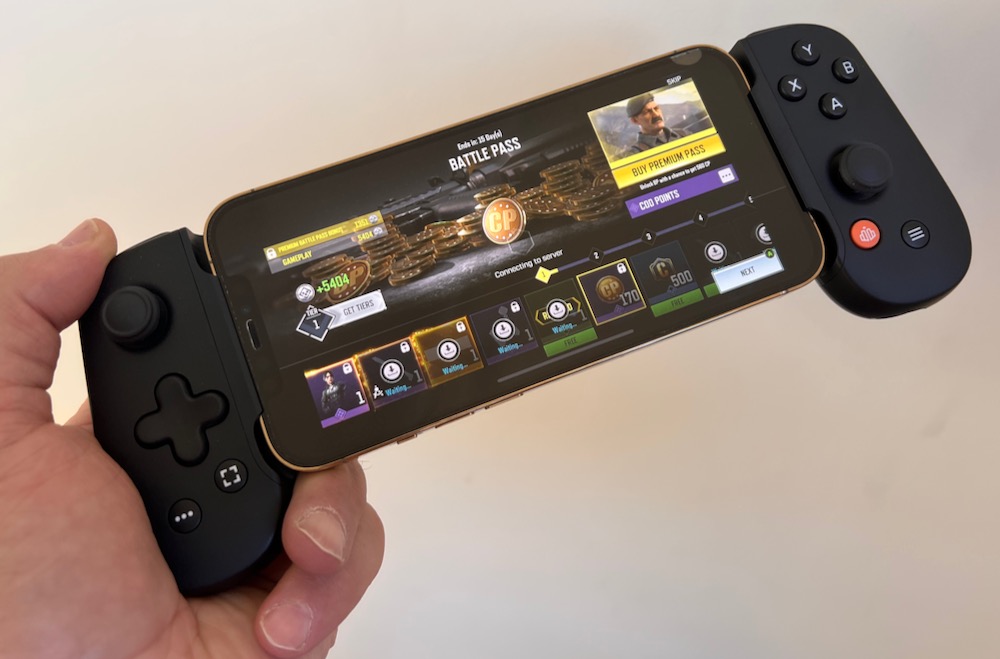 The tactile feel and familiarity were brilliant and really adds another layer to playability of the game.

Up until now we only ever liked to play puzzle games and the odd driving game on the iPhone.

But now, our choices have expanded thanks to having these physical controls.

The Backbone One is available now and is priced $179.99. It is available from The Gamesmen, Amazon, Catch.com.au, Mwave Australia, Scorptec, Kogan.com and from the Backbone website.

If you’re a fan of mobile gaming on your iPhone and want to take your gameplay to the next level, then you need to get your hands on the Backbone One.