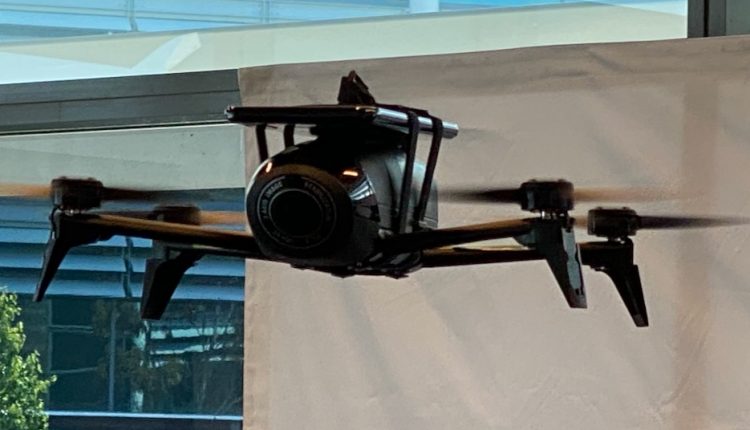 When you think of 5G the first thing you think of is speed but there is a lot more to it than that as Optus showed with a demonstration of the next gen network’s capabilities at its Macquarie Park campus in Sydney.

While we know 5G provides faster download speeds than the NBN it’s not a one-trick pony.

Yes it’s fast but it also offers other abilities that have the potential to touch our lives in numerous ways.

5G will power the smart cities of the near future, play a big part in smart health services, enhance security and form the foundation for autonomous driving.

Optus conducted a series of demonstrations to showcase the potential of 5G and its possible use cases.

These includes operating drones over 5G, cloud gaming, a business services platform and a digital store.

Optus conducted a live performance, in conjunction with network company Ericsson, flying a drone and controlling it over its 5G network using a joystick. 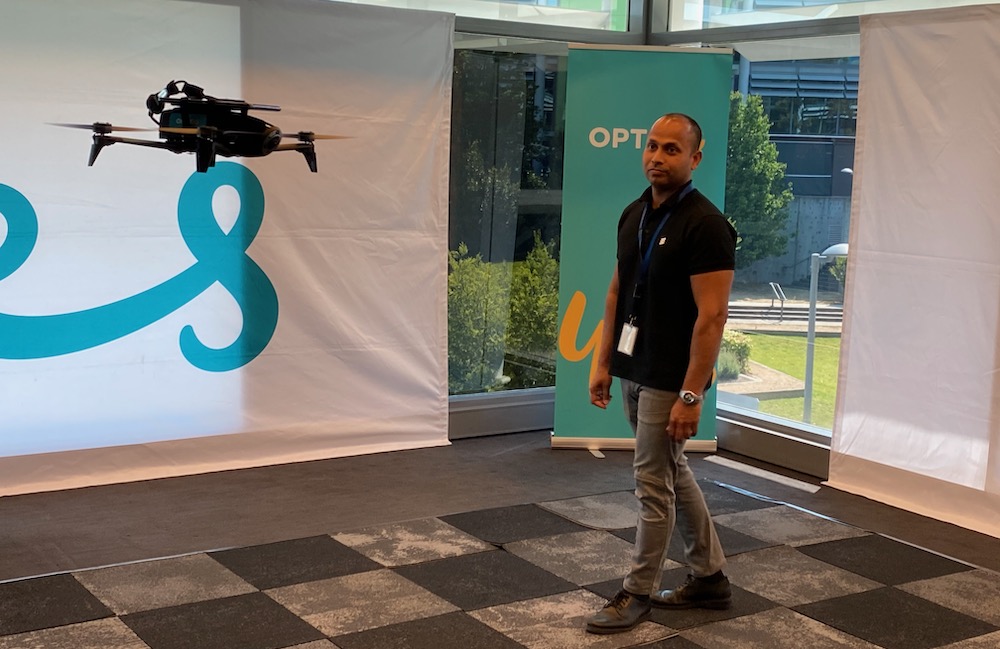 Viewers were able to see a live camera feed sent via 5G to a TV screen as well as broadcast and display telematics identifying people and objects.

In the demo, the drone was able to lock on and follow a person as he walked around a small area.

The potential for this technology is huge and it showed not only the capacity for relaying information but also how fast it can react to commands. This is the low latency in action.

Expect to see this technology used when drones are delivery packages, your takeaway order or locating and identifying people in emergency situations. 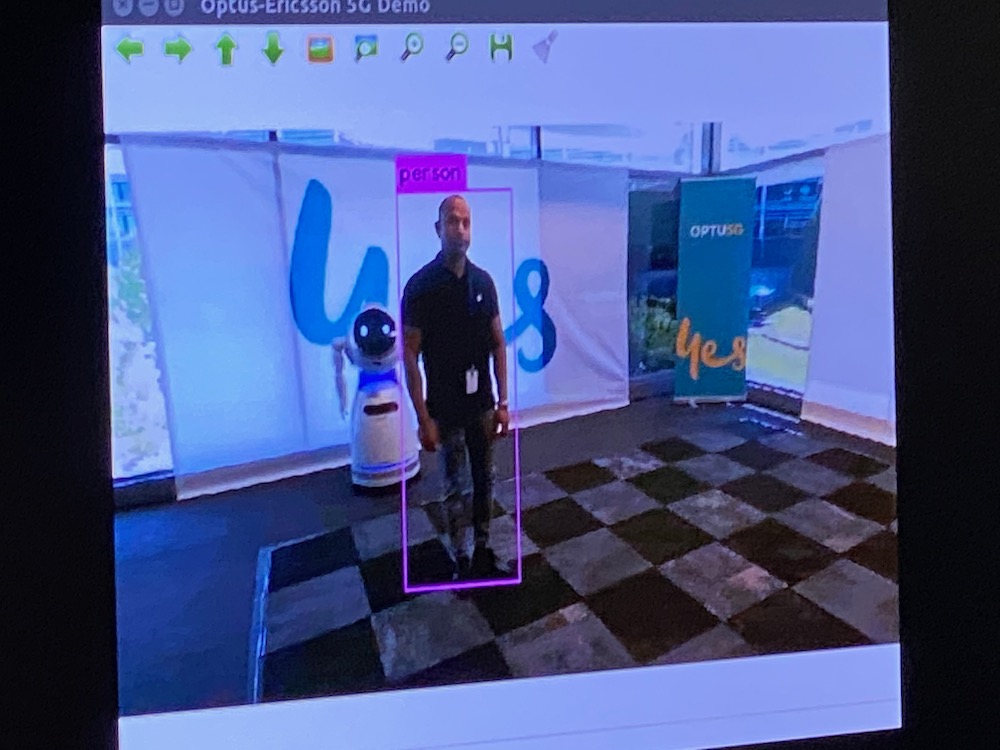 They can also be used for infrastructure inspections and large scale geo-mapping.

Another application would be providing an unobstructed view for live sports broadcasts.

“It’s incredibly exciting to be testing this future drone technology on our live 5G network. We already have customers using and benefiting from our 5G network now and showcase provides a glimpse into the future possibilities that 5G will enable,” said Dennis Wong, Optus Managing Director Networks.

“As we build out our network and it reaches maturity in around 18-24 months’ time we will start to see these use cases put into action thanks to the ultra-high reliability and low latency provided by 5G which is critical in supporting these technologies.

“For Optus it’s about making sure we deliver our customers the benefit of 5G today while also looking beyond connectivity to ensure our 5G network build supports the technologies and innovations of tomorrow.”

5G’s two biggest benefits – high bandwidth and low latency – will have a massive impact on gaming.

So much so – you won’t even need to have a console because the game will be hosted entirely in the cloud where all the processing will take place and relayed back instantly to players over 5G. 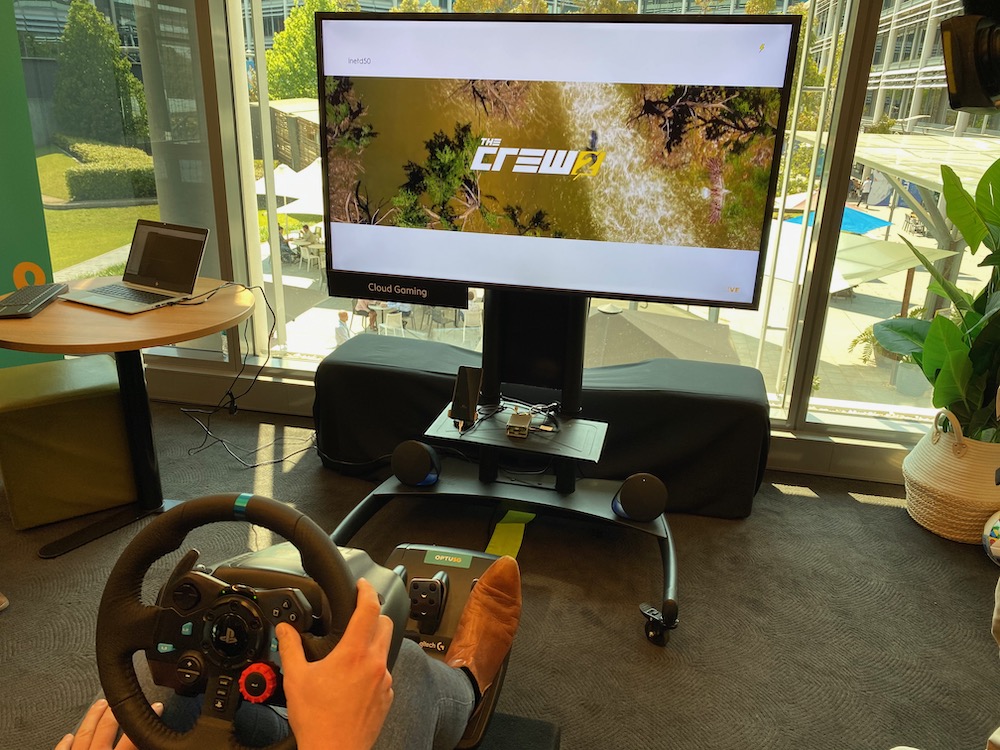 In the demonstration, Optus used a small and low cost Raspberry Pi minicomputer to run a racing game complete with a detailed car and race track.

The 5G end to end network slicing allows for critical game traffic to be prioritised on the network.

For a good cloud gaming experience you need to have between 10Mbps and 30Mbps download speeds for 4K 60 frames per second gameplay. 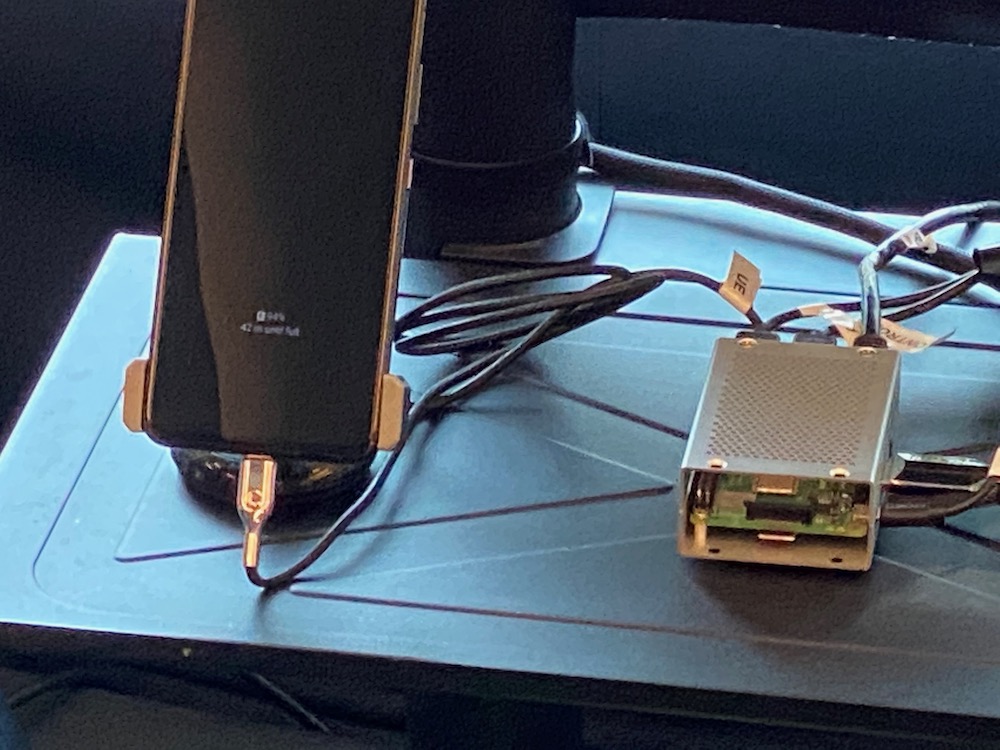 Latency also needs to be less than 20ms for the best uninterrupted experience.

5G will give developers the opportunity to deploy their applications on the 5G network and utilise its potential.

One of the biggest benefits would be the ability to implement latency sensitive applications like video and streaming.

The speed of the network would allow real-time applications like analytics using AI and voice translation.

The 5G application was able to do things like recognise faces, detect objects and translate languages in real-time.

Also demonstrated at the Optus campus was a digital store scenario which was manned by a robot and a kiosk. 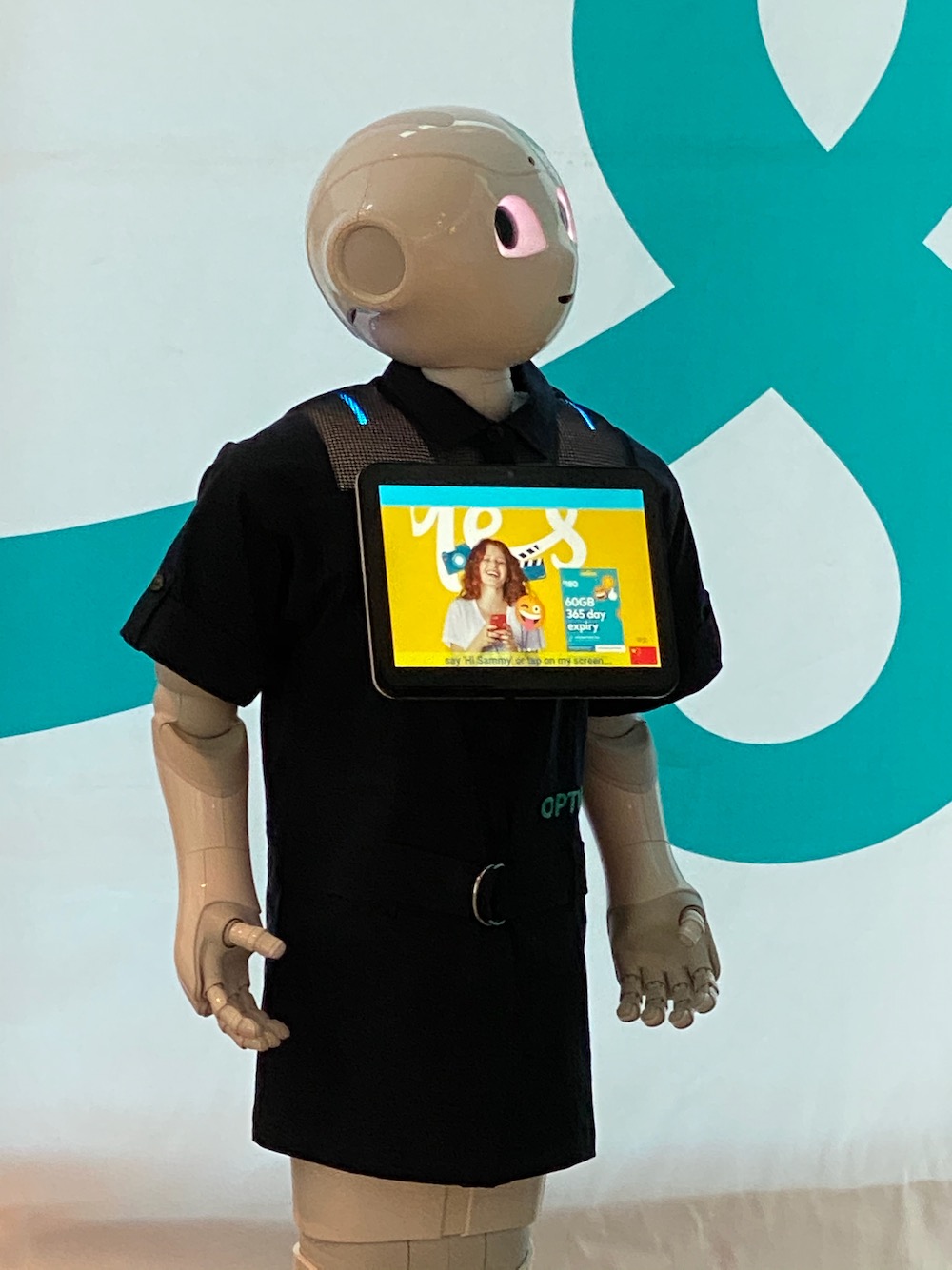 This application doesn’t need the 5G network to operate but it did showcase the technology to provide on the spot service for customers.

The example given was a kiosk which would sell prepaid SIM cards at the airport.

A small robot would greet customers in their own language and guide them through the steps to purchasing and then paying for the SIM card. 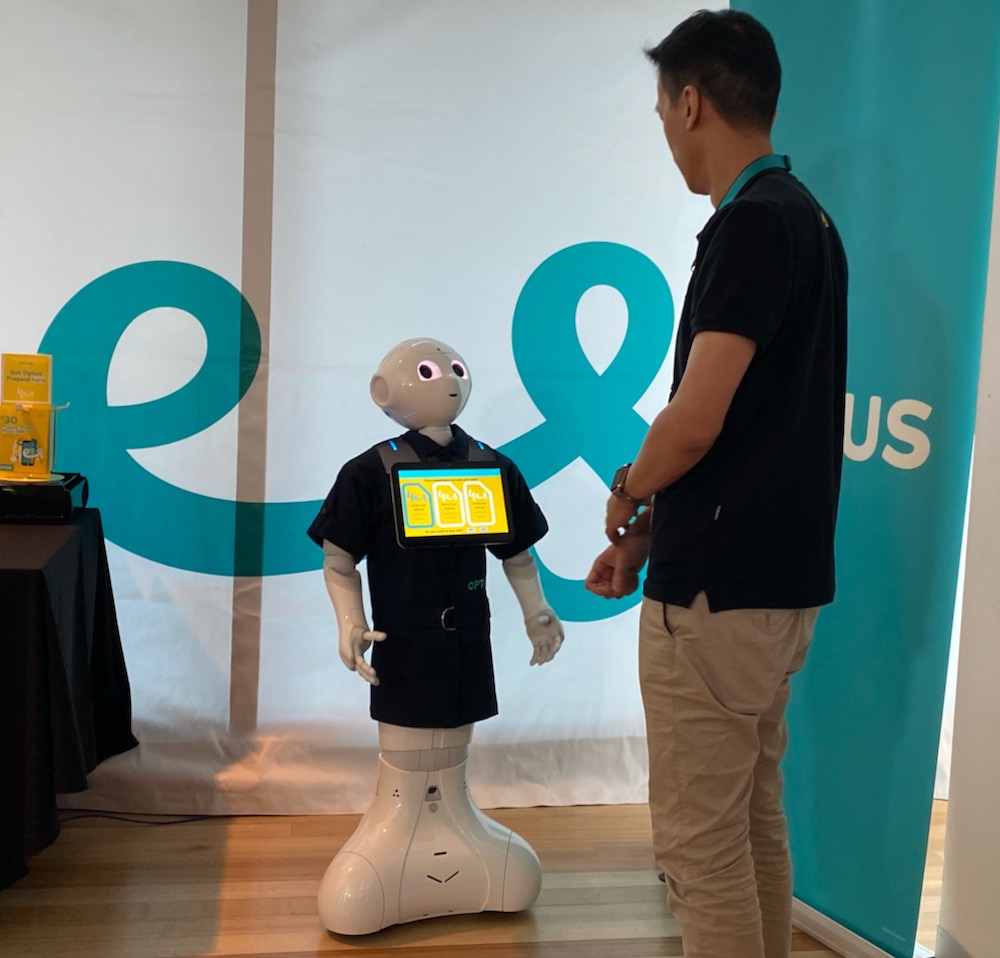 It even performed ID checks and completed the transaction without a person insight – it was completely automated and intuitive.

Technics is back in the groove with new turntables, speakers and headphones