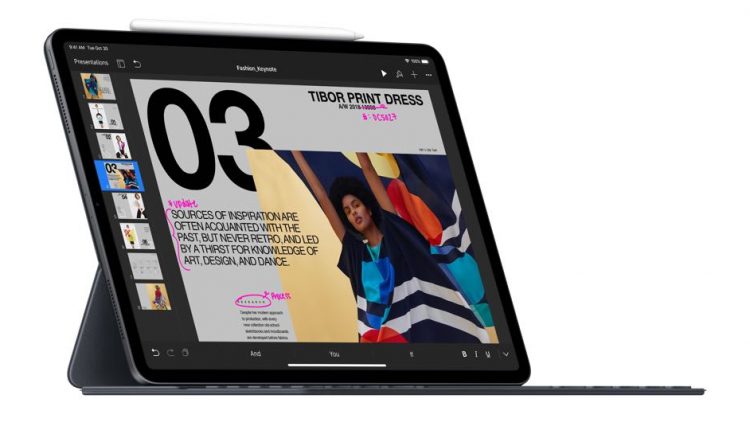 The tablet market in Australia has dropped according to tech researchers Telsyte with customers moving towards to 2-in-1 devices that can also function as a tablet and a laptop.

The Telsyte Tablet Computer Market Study showed that 1.44 million tablets were sold in the first half of 2019 – a decline of 2 per cent from the same period in 2018.

But Apple and Windows based tablets both saw an increase – 5 per cent and 3 per cent respectively.

The news wasn’t so good for Android which dropped 28 per cent in the first half of 2019.

Telsyte classes a tablet which can be used with an attached keyboard as a 2-in-1 device.

So it’s the standalone tablets – or slate-only tablets – which don’t have side pin connectors for a keyboard that were in decline.

Telsyte predicts more than 1.5 million tablets will be sold in the second half of the year which would also represent a 5 per cent decrease on last year’s figures.

And that trend is expected to continue in 2020 because of extended replacement cycles and the fact that other devices like 5G smartphones and wearables are eating up a greater portion of consumer spending.

The research shows nearly 4 million Australians are now using a 2-in-1 with Windows the dominant player with a 65 per cent share.

But Telsyte says the 2-in-1 iPads – those that can connect a smart keyboard – is expected to increase thanks to the wider support of Apple’s Smart Keyboards which now include the entry-level model.

“The slate-only format is rapidly being replaced by 2-in-1s as Australians seek to replace older laptops and tablets with converged touchscreen devices with keyboards,” Telsyte Senior Analyst, Alvin Lee says.

The replacement cycle of slate-only tablets has increased by almost 20 per set in the last 12 months to 3.2 years compared to 2.6 years for 2-in-1s.

Another driver for tablet sales is improved connectivity through 5G, Wi-Fi 6 and eSIMs.

Telsyte found that one in six tablets purchased in Australia were through carrier channels with more than 2 million connected to mobile networks.

Smart displays are now taking the place of docked tablets in Australian homes.

One in five Australian households now use at least one smart speaker as of July 2019 – up from 16 per cent just six months earlier.

“The popular smart display category gives tablet vendors the opportunity to tap into the fast growing IoT (smart home) market that was already worth over a billion dollars in 2018”, says Lee.