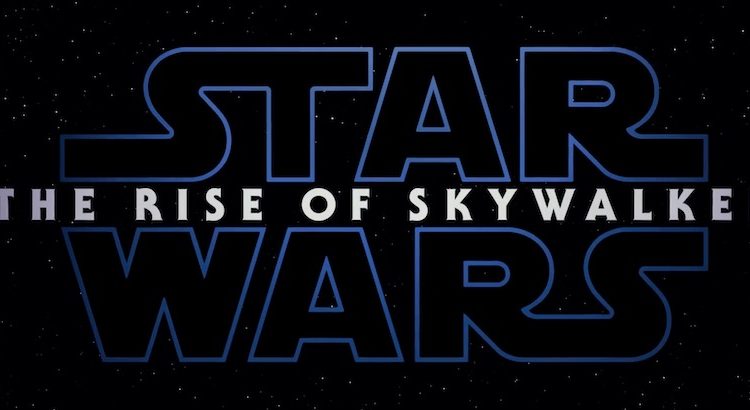 The film’s opening crawl reveals Palpatine is somehow still alive although no real explanation is given besides it being the work of Sith wizardry.

Kylo Ren from the opening scene is fighting to retrieve a wayfinder – the Star Wars universe equivalent of a GPS  – so he can confront Palpatine to see if he poses a real threat.

We find out early it was Palpatine who has been pulling the strings of the First Order through Snoke who was a clone – we see several Snokes in a tank before we catch out first glimpse of the resurrected Emperor.

Palpatine offers Kylo Ren the option of joining forces to inherit a massive fleet of Imperial ships that have been under construction for decades – what Palpatine calls the Final Order.

These will be for Kylo Ren to use to rule to galaxy. He just has to do one thing – kill the girl.

The girl he refers to is Rey who is undergoing Jedi training under Princess Leia’s guidance while Poe and Finn uncover news of a spy in the First Order ranks.

But news of Palpatine rocks the Resistance and now suddenly we’re on a race to find a way to Exegol – the mysterious uncharted system where Palatine has been calling the shots.

So the first half of the film is now a treasure hunt which takes our heroes to Passana where Luke Skywalker and Lando Calrissian had tracked a Jedi hunter who might know the way to Exegal.

In the desert Rey confronts Kylo Ren and disables his ship in a remarkable feat of acrobatics – that’s the back flip you see in the trailers – and then she’s in a tug of war with Ren trying to bring a transport with has a captured Chewbacca onboard to the ground using the Force.

But Rey suddenly discharges bolts of Force lightning and destroys the ship.

Rey, Finn and Poe escape Pasaana thinking Chewie is dead to visit Zorrie Bliss – an old friend of Poe’s who can help them decipher a Sith cypher from a dagger that C-3P0 has committed to memory but that his programming forbids him to translate it without wiping his memory.

Enter the cute little droid smith Babu Frikk who manages to hack C-3P0 to get the coordinates of the second and last wayfinder which they find out is located within the wreckage of the second Death Star which was destroyed above one of the moons of Endor in Return of the Jedi.

Now it’s a race to retrieve it.

But first they must rescue Chewie – Rey senses he is still alive on the Firsr Order command ship above Zorrie Bliss’s planet where the First Order are hunting them.

Here’s a crucial turning point of the movie.

Rey wanders off to retrieve the dagger and Chewie’s stuff when Kylo Ren starts another Force FaceTime call and can see Rey. He soon discovers she is in his quarters and heads back to his command ship to confront her in person.

Meanwhile Poe, Finn and the rescued Chewbacca discover General Hux is the First Order spy – Hux kills the stormtropers who was about to execute them before leading them back to the captured Millennium Falcon.

He says he doesn’t care about the Resistance cause – he just wants to see Kylo Ren lose.

In the docking bay, Kylo Ren stands before Rey and tells her that her parents wanted people to think they are nobodies so as not to attract unwanted attention on Rey who – it turns out – is Palpatine’s granddaughter.

Now Kylo Ren and Rey are in a race to confront Palpatine – one to kill him and the other to accept his offer.

In the wreckage of the Death Star on Endor, Rey find the wayfinder but not before confronting an evil version of herself who reminds her to not be afraid of who she is.

Kylo Ren arrives and destroys the wayfinder that sparks yet another lightsaber duel aboard the Death Star wreckage with mountainous waves pummelling them.

Leia senses the duel and uses the last of her energy to reach out to her son Kylo Ren aka Ben Solo.

As he feels the connection Rey delivers a fatal blow with his own lightsaber that he dropped when he connected through the Force with his mother.

Rey also senses the connection and uses the Force to save a dying Kylo Ren – a trick she demonstrates on a giant wounded snake in the Pasaana desert.

Ben Solo lives again – Kylo Ren is now dead – which is confirmed when he relives a poignant memory with his father Han Solo. He tells his son to come home – but he says there is no home because Leia has died.

Rey, in a panic and ashamed of herself, steals Ren’s ship and flies to Ach To – the island of Luke Skywalker’s exile and torches it.

And she tosses in Luke Skywalker’s lightsaber as well only for it to be caught by Luke’s Force ghost who also offers her Leia’s lightsaber.

Leia was actually training with Luke to be a Jedi and abandoned that pursuit after foreseeing her son’s death.

Luke pulls out his old X-Wing out of the water using the Force and Rey uses it with the retrieved wayfinder from Ren’s ship to fly to Palpatine and confront him.

Meanwhile the Resistance launch an offensive on the massive fleet of star destroyers while Lando and Chewie see if they can find people to join the fight.

Below on Exegol, Palpatine explains if Rey strikes him down she will ascend to the Sith throne.

Ben Solo arrives in a stolen Tie Fighter to come to her aid but not before confronting his six Knights of Ren.

Rey senses this and transfers Luke’s lightsaber to him so he can despatch the Knights who are now his enemies.

Now they stand together before the Palpatine who suddenly feels their combined Force power – a power not seen for centuries – which he absorbs to be recreated in physical form.

Ben and Rey turn to face him but are overwhelmed by Palpatine’s power.

Using the Force, the Emperor tosses Ben down a crevice and stuns Rey.

Palpatine unleashes his power to the sky above him and disables all of the Resistance ships.

Rey rolls over and stares up at the stars and asks all of the Jedi to be with her.

She hears their voices including Yoda, Luke, Obi-wan Kenobi and some others including who we think might be Anakin Skywalker.

Rey gets to her feet again and ignites Leia’s saber to deflect Palpatine’s Force lightning. She them summons Luke’s lightsaber and uses the two laser swords to reflect Palpatine’s powers back on to himself until he is destroyed.

Above them the Resistance, backed with the support from thousands of ships, defeats the Final Order.

Ben Solo climbs out of the crevice and sees Rey before rushing over her and cradling her in his arm.

He uses the Force to revive her and they exchange a kiss before Ben falls back down and dies.

And because he is now on the light side and a Jedi once again, he disappears at the same moment as his mother’s body at the Resistance base.

The final scenes shows Rey and the Resistance celebrating their victory before Rey pays a visit to the original Skywalker homestead on Tatooine to bury Luke and Leia’s sabers.

A passerby says there hasn’t been anyone there for a long time and asks her name.

Before she can answer she sees Luke and Leia as happy and peaceful Force ghosts and finally answers – Rey Skywalker.

Our thoughts and full review of Star Wars: The Rise of Skywalker – HEAVY SPOILERS