Sony has released its 2016 range of 4K HDR (high dynamic range) series of Bravia smart TVs which build on the company’s remarkable screen technologies to deliver an amazing viewing experience.

Tech Guide had an opportunity to get up close to these latest Sony televisions which feature slim designs and remarkable backlighting technologies for added brightness and better contrast and clarity.

And with HDR onboard that expands the limits of the screen even further and showcases content as it was meant to be seen.

HDR is designed to allow brighter whites and blacker blacks and the ability to see all the of hidden details of those areas that a regular 4K would miss.

We’re going to see a lot more HDR content in the coming months including Ultra HD Blu-ray and Netflix so the timing on the release of these new Sony TVs couldn’t be better.

These are all HDR compatible and feature a slim backlight drive with a grid-array backlighting structure that distributes the brightness more accurately to specific sections of the screen.

On the X9300D you can combine that with X-tended Dynamic Range PRO for the best contrast level seen on a Sony TV to enhance HDR and non-HDR content by dimming the backlight in specific areas with a unique algorithm.

And with Triluminos display technology aboard both the X9300D and X8500D, you’re also getting expanded vibrant and accurate colours. 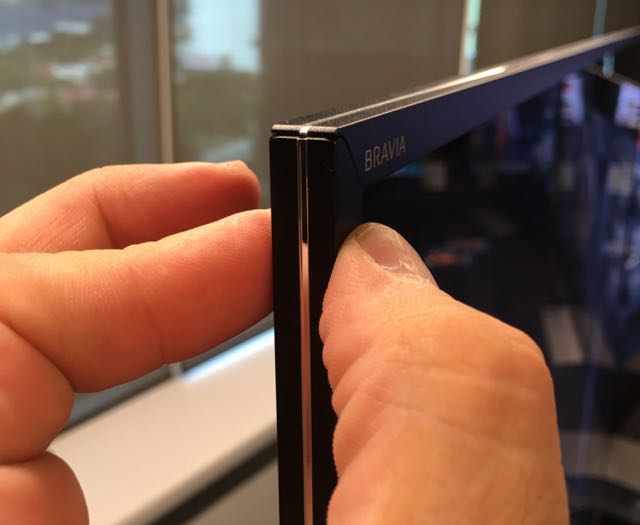 The new Sony Bravia TVs also have the Android operating system so you can access a variety of content including movies and apps that are all easily searchable from a surprisingly accurate voice control.

There’s also built-in Chromecast technology (being an Android system) so you can also cast your own content from your smartphone or tablet.

We were able to see comparisons of HDR content on both screens and in some demonstrations the Sony picture showed more detail in the darker areas of the screen. 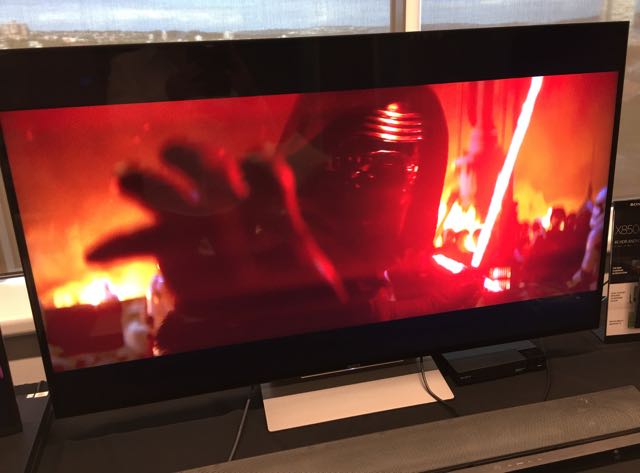 This is significant because the Sony LED has a backlight whereas the OLED TV has self-lighting pixels that are either on or off.

Achieving black for an OLED is simply a matter of switching off the pixels but with LED backlighting that’s more of a challenge.

But the Sony’s contrast and and HDR were comparable and, in a few cases, superior to the LG OLED screen.

On the design side, the Sony TVs are super slim and are designed to be easily wall-mounted with a special accessory.

And for those who prefer to have the TV on an entertainment unit, there’s a handy cable management system on the read panel. 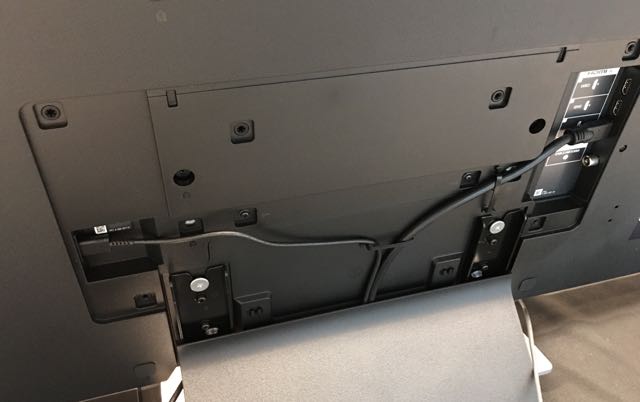