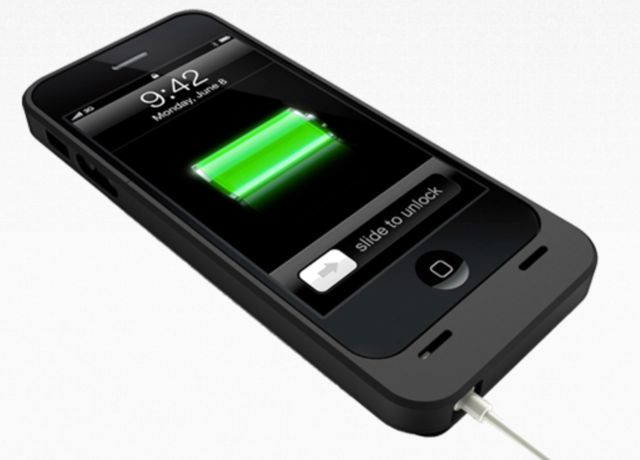 Power for a mobile device is like money – you can never have too much and when you don’t have any it’s hard to cope which is why Unu’s new battery packs can be a godsend.

There are three models in the Unu range that can keep a user’s smartphone or tablet charged up on the go.

The Unu DX-5 iPhone 5 Battery Case serves two purposes. The first is protecting the device like any other case would.

But it’s the second purpose that steals the show and that will put a smile on the owner’s face.

The device’s built in 2300mAh battery is enough to recharge the iPhone 5 completely from zero. In our testing it took just over an hour to recharge the device to 100 per cent.

The battery portion accounts for the slight bulge on the rear of the case.

The top of the case comes off to allow the iPhone to slide precisely in place and line up with Lightning connector on the bottom of the case.

Now when you need a charge, simply press and hold the narrow button next to the battery indicator and you should hear the familiar chirp from the iPhone to indicate is it charging.

And you can still access all of the buttons and ports along camera while it’s charging away and the microphone and speakers are also still easily accessible.

The Unu DX-5iPhone 5 Battery Case is available in black and white and is a valuable ally for the power user who needs a battery boost at the end of the day when they’re not quite ready to slow down yet.

Slightly bigger and thicker than a smartphone, the Unu Enerpak Extreme Dual USB pack is the company’s most power external battery it has ever produced.

With 1400mAh of power at your disposal it can recharge smartphones, tablets and digital cameras on the move a few times each effortlessly.

There are two USB ports on the battery pack which are both clearly marked for mobiles and the other for tablets.

Tablets, including Apple’s popular iPad range, require a 2.1A power source to charge while the other port offers the 1A power source suitable for smartphones.

All users need to remember is to charge the Enerpak overnight (it needs 8-10 hours to be completely recharged) and the charging USB cable that came with your device.

The 8000mAh version of the Unu Enerpak is identical to the 14000mAh version but is a lot smaller – about the size of a deck of cards.

It too has two USB charging ports – one for mobiles and the other for tablets.

Despite its smaller size the 8000mAh battery can still fully recharge a smartphone and a tablet three times without a power point in sight.

TimBuk2 Power Commute can keep your gadgets charged on the go