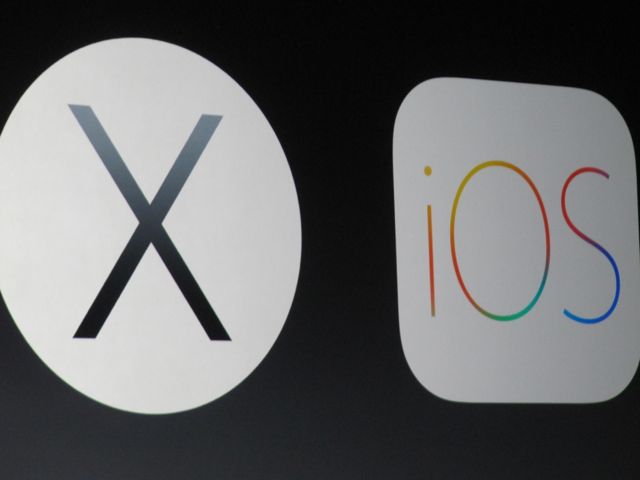 Apple’s OS X Yosemite software for Mac and iOS 8 for iPhone and iPad were the main announcements from the Worldwide Developers Conference. Here are the key new features.

Despite most people hoping for some Apple hardware announcements it was software that was the one and only star of the show.

The latest updates – OS X Yosemite and iOS 8 – are even more alike in terms of design, features and the new increased connectivity between the two platforms.

The new Health app will compile all of your health data and information gathered from various apps and connected activity trackers and devices and display them in a handy dashboard.

With all of that information in one place it is easy to get a clearer picture of your health. Users can even create an emergency information card that will display the user’s blood type and allergies.

Smart Home automation is already a huge business that will literally be worth billions in a couple of years in Australia alone so it’s no wonder Apple is keen to play in this space.

The new HomeKit tool will create a network protocol to make it easier for manufacturers and developers to get their products to work seamlessly on the iPhone and iPad and literally take control of your home.

This is the Apple version of Dropbox and Google Drive – a place in the cloud where you can access documents and other files to work on them using any device whether it’s the iPhone, iPad, Mac or even a PC.

And any edits you make in any document is also reflected on iCloud Drive so you can start a document on one device and finish it on another.

Forget the notes and calendar on the fridge held in place with magnets – now you have Family Share which means up to six members of the same family can share calendars and reminders.

Members of the same family can also access each other’s music, movies, TV shows, apps and iBook purchases and have parents approve their children’s spending on their iOS device.

Typing is one of the most popular activities on a smartphone and making that easier is what Apple had in mind with QuickType.

The smart keyboard can remember the words you like to use and also throw in logical word suggestions using an all-new predictive text engine that will be available in 14 countries including Australia.

OS X Yosemite has a new user interface design that is a nod to the flatter and understated style first seen with iOS 7.

It also inherits the same translucent panes and windows so users can still have sense of the desktop and other stacked windows.

A Mac running OS X Yosemite can link to your iPhone and be used to answer calls like a speakerphone. Users can also use turn on the Personal Hotspot on their iPhone to get on the internet from the Mac with OS X Yosemite.

Your Mac can also keep track of the things you did on your iPad or iPhone and vice versa and allow users to pick up exactly where they left off.

For example, you can start an email on one device and finish it on your iPhone, iPad or Mac.

This tighter integration across Apple products may tempt iPhone users to buy a Mac – if they don’t already have one – or Mac users to buy an iPhone and/or iPad to create a truly seamless experience across devices.

Notification Centre is like the town square of your Mac where you can find out about everything that’s going on – events, reminders, weather and more – and be able to do something about it on the spot without having to fire up the relevant apps.

Users can also add widgets from the App Store so the things they need to know and do is right at their fingertips.

Spotlight used to be a search window that was tucked away in the top right corner of your Mac’s screen but in OS X Yosemite it comes literally front and centre.

A larger search window now appears in the middle of the desktop to look for not only files, contacts, applications and everything else onboard your Mac but also information from the web as well without the need to open up a browser.