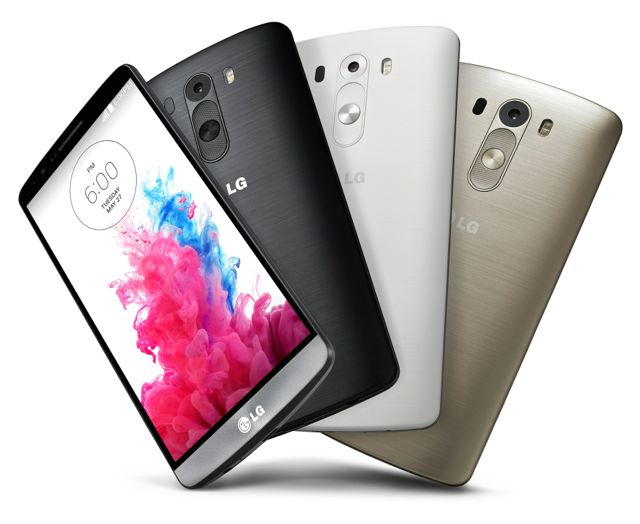 The G3 smartphone is a bold statement by LG and Tech Guide had a hands-on look at the device and its many impressive features.

The smartphone is dominated by the 5.5-inch Quad HD screen that nearly takes up the entire front face of the product.

In fact, the display goes to two or three millimetres from left and right edge of the device.

But one thing that really hits people between the eyes is the amazing high resolution (2560 x 1440) display.

It has 538ppi (pixels per inch) and the sharpness of the screen icons, pictures and videos really have to be seen to be appreciated.

The G3 is running Android’s KitKat operating system but is not cluttered by a bloated user interface.

LG has stayed out of the way and the clean and understated screens are a nice change.

In terms of the design of the device, the G3 has a much more pronounced curve on the back panel than the previous model and sits nicely in your hand.

Even though it looks like metal, the G3 is actually made out of sturdy, glossy plastic complete with a faux brushed metal look. As a result the product is fairly light at just 149g.

The key and volume controls positioned on the back of the G3 make accessing and navigating the features with one hand even easier.

It worked with the G2 and LG has stuck with it for the G3 and is yet another point of difference to the other smartphones currently on the market.

The 13-megapixel camera has also seen some noticeable improvements.

Focusing is now done with a laser which shoots from the G3 to the subject to calculate the distance in a millisecond.

The result is almost instant focus so the moment you want to capture will be sharp no matter how quickly you try and take the photo.

When the camera is in operation there is no clutter of icons on the screen. You can now focus and take a photo at the same time just by touching what you want to focus on.

And of you’re a selfie fan there is a cool new way to capture your images apart from using the handy rear key.

Now when you get yourself in the frame you hold up your palm until the front-facing 2.1-megapixel camera finds you and then make a fist to activate a short self timer to capture the shot.

On the accessory side, LG’s G3 has the new QuickCircle Case.

The case actually replaces the back cover of the device so your not adding any thickness to the product and the front flap with the circular window puts the device in sleep mode when closed.

In this position, the G3’s clock can be seen on the screen that’s showing through the circular window.

A swipe on the clock reveals the apps users can set to be accessible within the QuickCircle case like messages, the camera or settings.

Calls can also be made and received without having to open the cover.

The wireless charging accessory is also handy and powers the G3 whenever it is resting on it.

It does take longer to charge the device than the regular cable but it’s still good taking the cable out of the equation.

LG’s G3 is sure to cause a bit of a stir when it is released in early August.

Just on the strength of the device’s high quality and high-resolution 5.5-inch display, the G3 is going to draw a lot of admirers.

* Stephen Fenech travelled to Singapore as a guest of LG