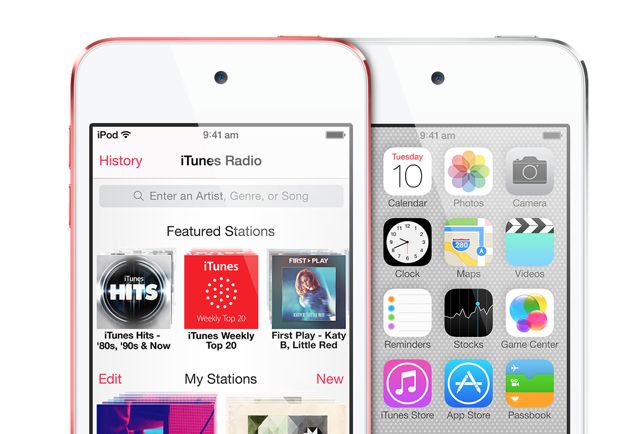 Apple’s iPod Touch is still alive and well with the release of a new entry level 16GB model with camera and lower pricing on the 32GB and 64GB versions.

The iPod Touch has a 5 megapixel camera which is capable of full high definition 1080p video recording.

There’s also a front-facing FaceTime camera for video calls over wi-fi as well.

It also has the same 4-inch Retina Display as the iPhone 5, iPhone 5C and iPhone 5S.

In fact it has most of the capabilities of the iPhone apart from the ability of making phone calls over the cellular network.

iPod Touch also comes pre-loaded with iOS 7 and can run any of the 1.2 million apps available in the App Store.

It’s also possible to link the iPod Touch to iCloud and share Photo Streams with other iPhone, iPad, Mac and PC users.

Apple’s new entry-level iPod Touch has 16GB memory capacity and is available in a number of colours. It is priced at $249.

The 32GB and 64GB iPod Touch models have also had their prices reduced and now cost $299 and $349 respectively.