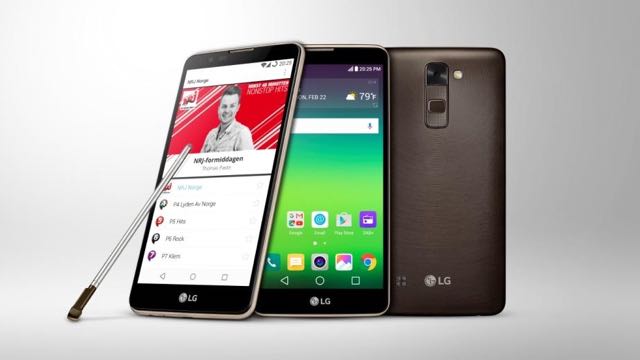 LG’s new DAB+ smartphone is the first smartphone in Australia with an onboard DAB+ digital radio so you can listen for free like a regular radio rather than using lots of data to stream the signal.

If you love listening to the radio most of the day and on the move, the the LG Stylus DAB+ could be your next smartphone.

That large screen gives you plenty of room to view webpages or read e-books and enjoy your apps and content. 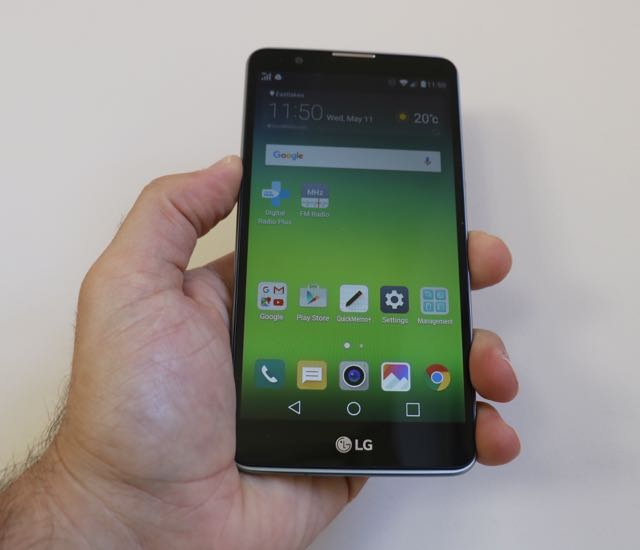 So it’s a decent sized device but it’s pretty thin and doesn’t weigh much more than a regular smartphone. And it’s only priced at $449.

At the moment if anyone wants to listen to the radio on their smartphones, they need to fire up TuneIn Radio or the station’s own app and use data to stream the program. 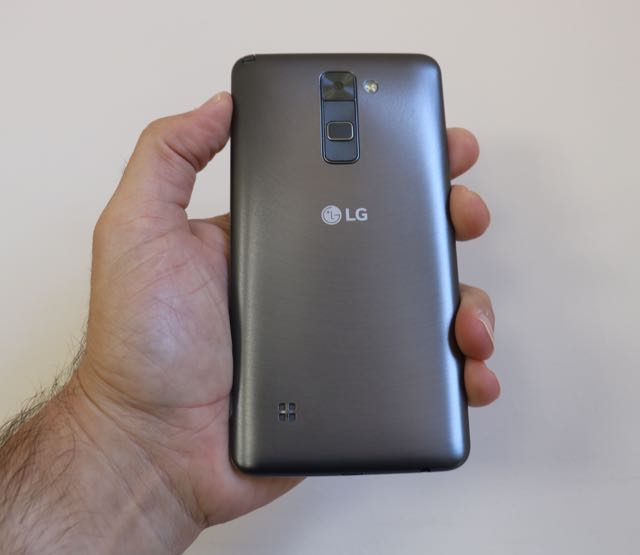 Same deal if you’re using Apple Music or Spotify on the go to stream your favourite songs.

What this adds up to is between 30MB-40MB of data being used per hour.

And if you do a lot of listening that can have quite an impact in your monthly mobile data allowance.

But the beauty of the LG Stylus DAB+ is that there’s a digital tuner on board as well as an FM radio so you can hear your favourite stations like a normal radio. 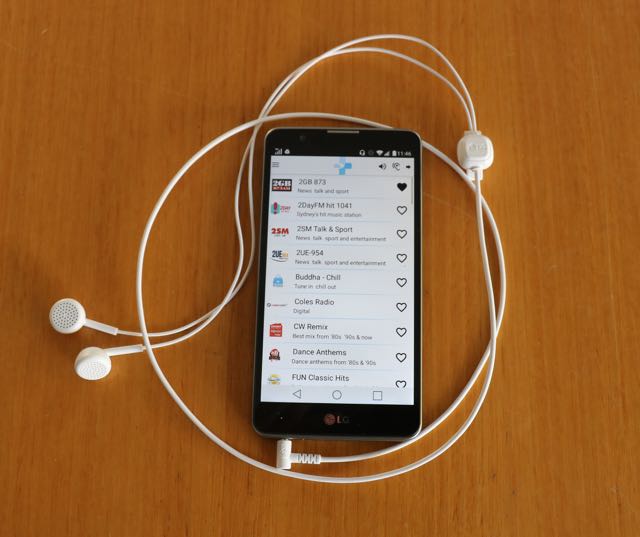 With that tuner on board you’re actually receiving the radio signal rather than streaming it through your data.

In other words, you won’t be using any data whatsoever even if you listen all day long.

There are dedicated Digital Radio Plus and FM Radio apps aboard the LG Stylus DAB+.

It should be pointed out that digital radio can only be heard in metropolitan capital cities – Sydney, Melbourne, Brisbane, Adelaide and Perth so if you live outside of these zones or in regional areas, the tuner won’t work. But the FM radio will work anywhere. 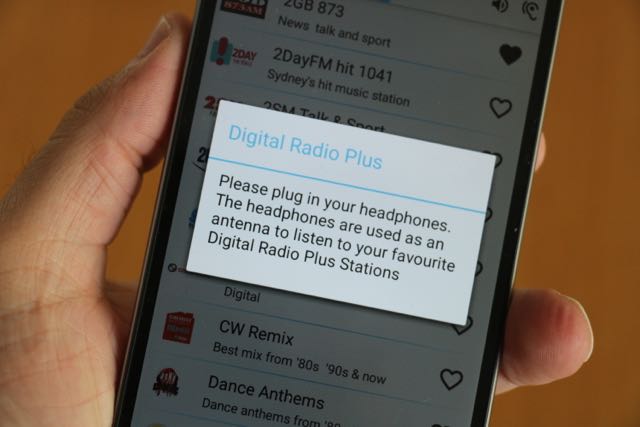 When you fire up the Digital Radio Plus or FM Radio apps you need to connect your earphones which act as the device’s antenna.

At the top left of the screen is a radio signal strength display.

After you start the app for the first time, it will go ahead and perform an auto tune and then list all of the available stations complete with logos.

There’s also a small heart beside each station or you to nominate your favourites. When you’re listening to a station, there’s also a link to the station’s website.

And you also have the option of listening either through the earphones or through the phone’s speakers when you tap the icon in the top right hand corner.

But even in speaker mode, you still need to keep the earphones connected – they will always act as your antenna.

Sound through the speaker is actually quite good and is loud enough to hear from across the room. 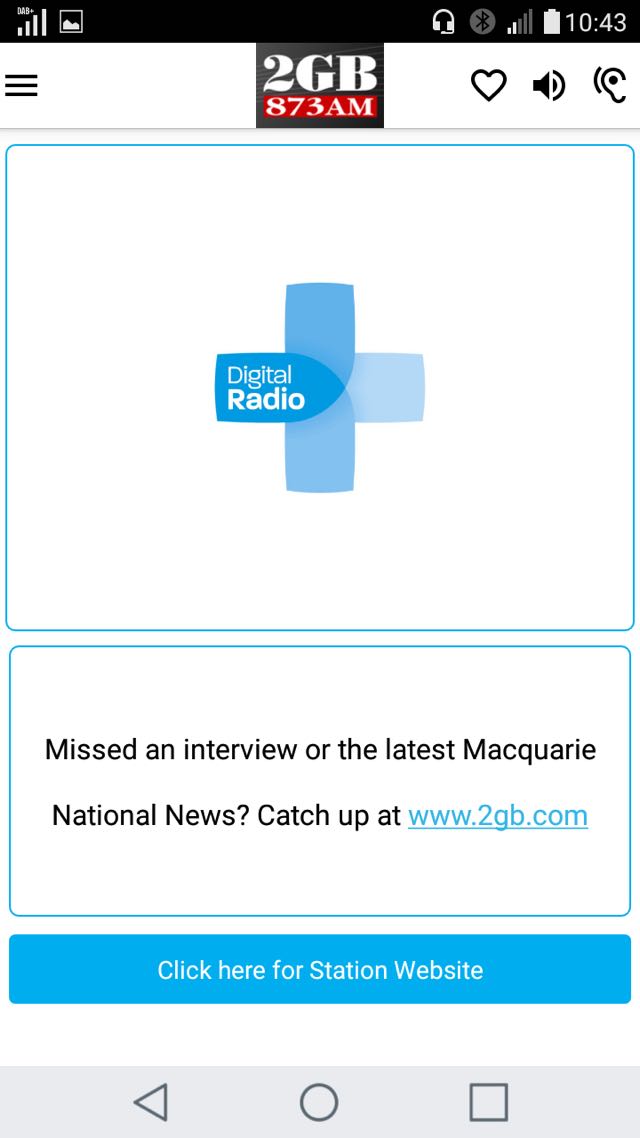 The included earphones don’t have a volume control so you have to pick up the device and unlock it before you can adjust the volume using keys located on the back panel or within the app.

Other earphones will also work and act as your antenna. We tried the Bose QC20 earphones and we could hear the radio fine but the volume controls on the earphone’s cable didn’t affect the radio’s volume.

The Digital Radio Plus app needs a lot of work. It’s not very intuitive and the controls are all over the place.

The interface needs to be overhauled with the most often used controls like onscreen volume and the on/off switch for the radio within easy reach. 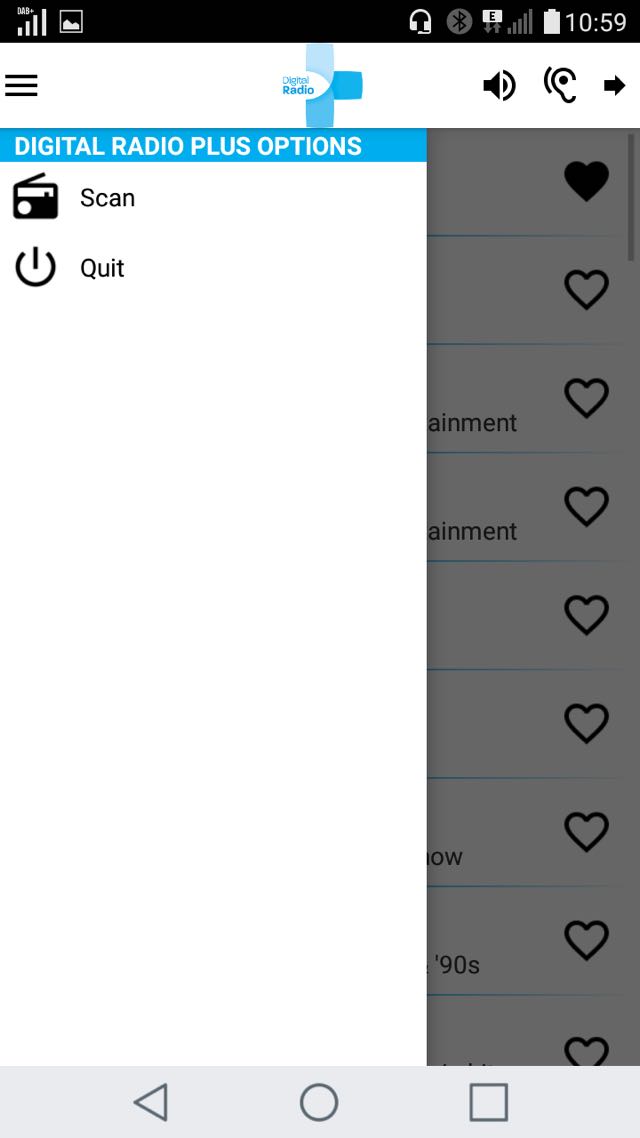 It took us ages to work out how to switch the radio off. There was no immediately obvious control or even a stop button.

It turns out you need to go back to the station list and click on the menu button on the left to find the quit button.

The FM radio app is slightly better. You can save 12 presets for your favourite stations and there is a seek function that lets you cycle up and down the dial to find the next station.

And there was an obvious on/off button right in the middle of the screen.

The one and only button on LG’s included earphones was able to turn the FM radio on and off. That button did nothing within the Digital Radio Plus app.

Overall, the radio functionality is still one of the most attractive features on the LG Stylus DAB+. 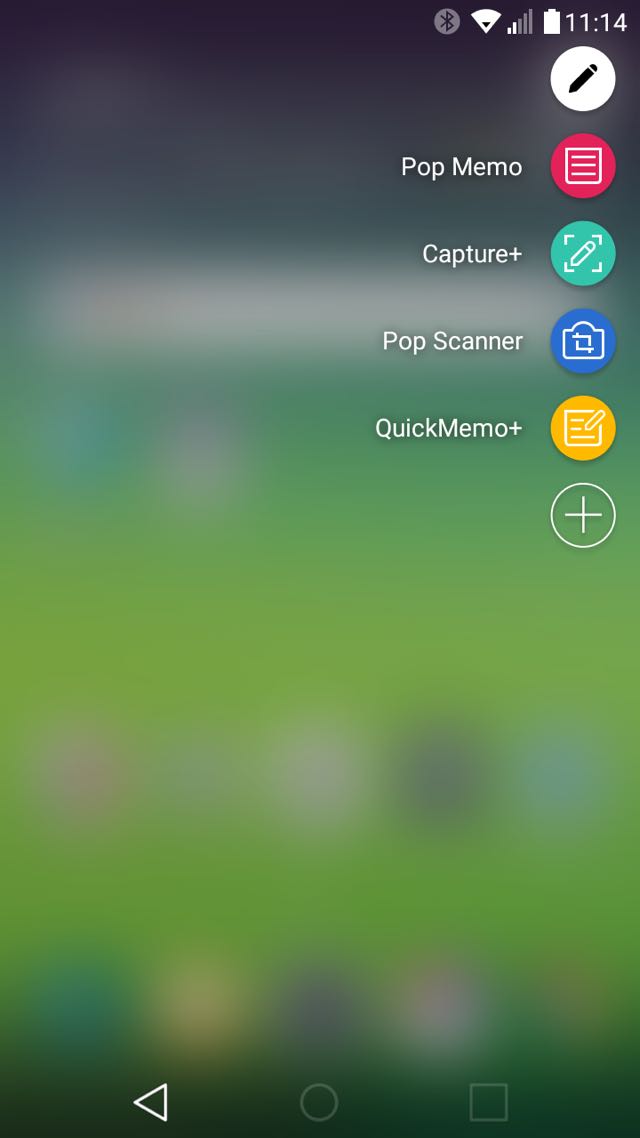 But it doesn’t end there. The other half of the device’s name – Stylus – gives away the other cool feature of the product.

The stylus is hidden in the top right corner of the device and, when you remove it from its slot, a mini menu pops up to give you a shortcut to write a quick memo, a note or screen shot that you can draw or write on.

There’s also a Pop Scanner so you can photograph objects and define them and crop them with the stylus so you can straighten them.

The stylus makes writing on the screen easy and really fluid. It is surprisingly responsive – just like writing on paper.

LG’s Stylus DAB+ is one of the few remaining devices that still has a removable battery.

You can click off the back cover to access the 3000mAh battery and also to insert your nano SIM and microSD card to expand your memory.

The battery is large enough to easily get you through the day, even with a couple of hours of radio listening thrown in. 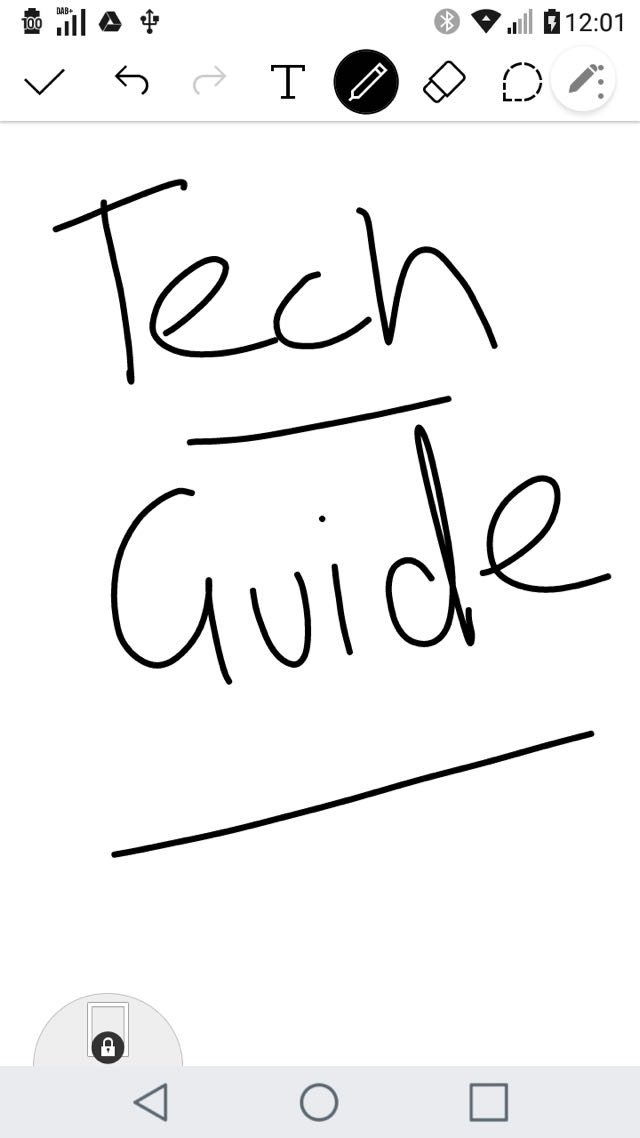 The main buttons – volume up and down as well as the lock/power button are all on the rear panel which makes them easy to find because your fingers are normally resting there when you’re holding the device.

On the camera side there’s a 13-megapixel rear camera and a front 8-megapixel selfie camera.

The front camera also has a gesture control to take your selfie. All you need to do is hold up your palm and then make a fist to initiate the three-second countdown before the shutter is activated.

The LG Stylus DAB+ is an impressive and affordable device that has a number of standout features and capabilities.

The addition of the digital radio will make it attractive to users who want to listen to their favourite music station or talkback programs without using most of their data to do so.

But with the radio being the key feature of the product we were surprised to find that the radio component of the device – the apps and user interface – needed the most improvement.

But that aside, if you love listening to the radio from anywhere, this is the device to help you do it without wasting all of your data.