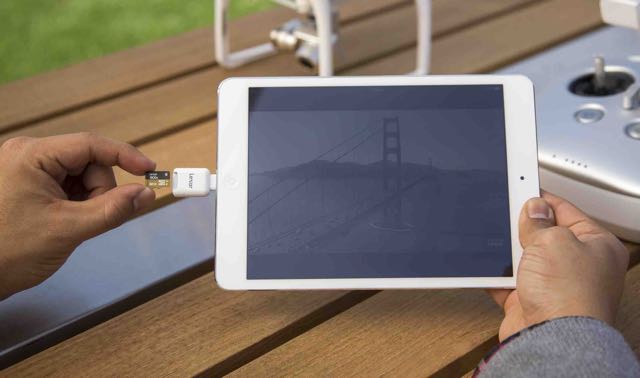 iPad and iPhone owners – what’s one thing your devices don’t have? Answer: a microSD card slot.  Lexar has come to the rescue with a new microSD reader with a Lightning connector.

The small and easily portable Lexar device now makes it possible for users to transfer content like photos and videos on and off their iPhone or iPad.

It’s also handy if you have a microSD card full of your favourite content or if you want to transfer footage and images from an action camera or a drone.

The Lexar reader works with a free file management app that can be downloaded from the App Store.

In the past customers who are looking to capture content on the move have found it difficult to manage that content with an iOS device. 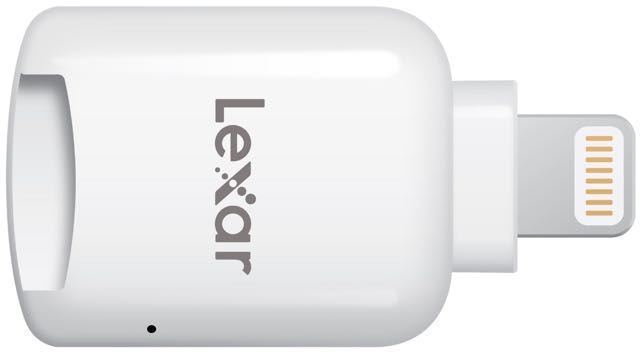 With the Lexar MicroSD reader, users can now take advantage of their iOS devices on the move instead of having to wait until they are back in front of their computer.

It works when uploading and downloading content so it can be used to save photos and movies from your iOS device to the memory card to free up space on the device.

Users can now also transfer content from an Android device (with a built-in microSD card slot) to an iOS device with the Lexar microSD reader.

The Lexar MicroSD reader with Lightning connector is available now and is priced at $54.95.