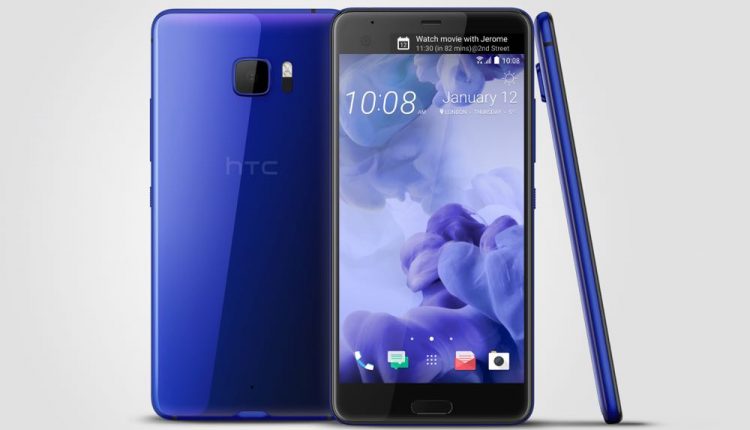 HTC’s attempt to stand out in the Android smartphone market continues with the U Ultra and it has a number of features and design elements that help the device achieve this.

Three years ago, HTC was riding high and their flagship devices were all about premium materials and a serious design attitude.

But offering minor changes to its hero smartphones since then has seen the company fall back into the pack.

Now the company is trying to differentiate itself again with an eye-catching design, a second display and enhanced audio quality.

It is now available outright from JB Hi-Fi and Harvey Norman or on a plan with Vodafone.

The HTC U Ultra is a big device – it has a 5.7-inch display and a small secondary display next to the front facing camera.

The rear panel is covered with a light-bending liquid surface and is a real standout. 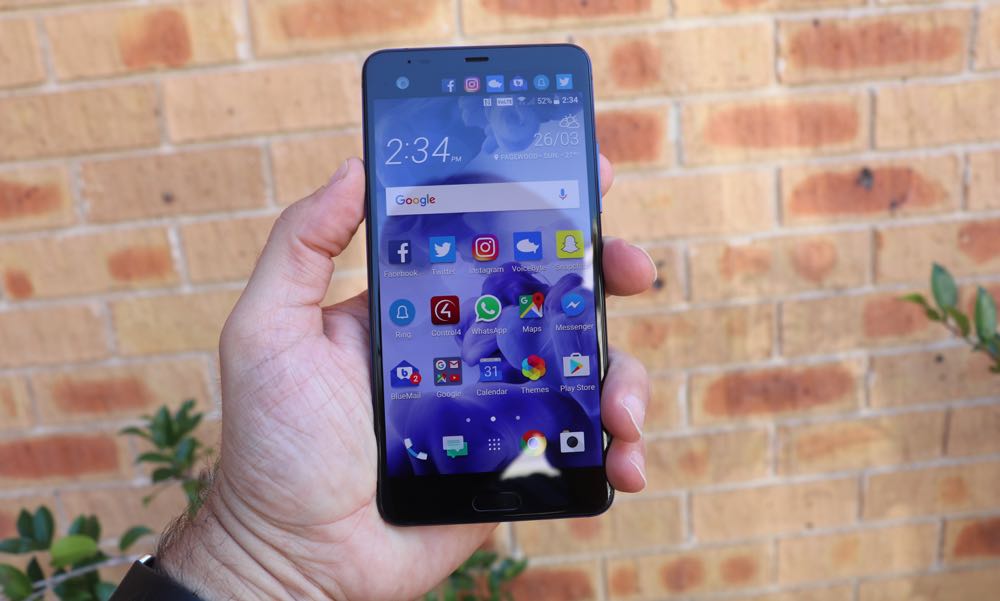 Our review unit was a distinctive sapphire blue colour. Other choices are brilliant black, ice white and cosmetic pink.

The only downside is that it shows up fingerprints really clearly but one wipe with a cloth and it’s clean again.

On the rear panel, you’ll also find the U Ultra’s camera lens that protrudes a couple of millimetres.

And the home button isn’t a button – it’s more a mini touch panel. It responds to a short touch to get you to the home page and a longer touch takes you to Google. 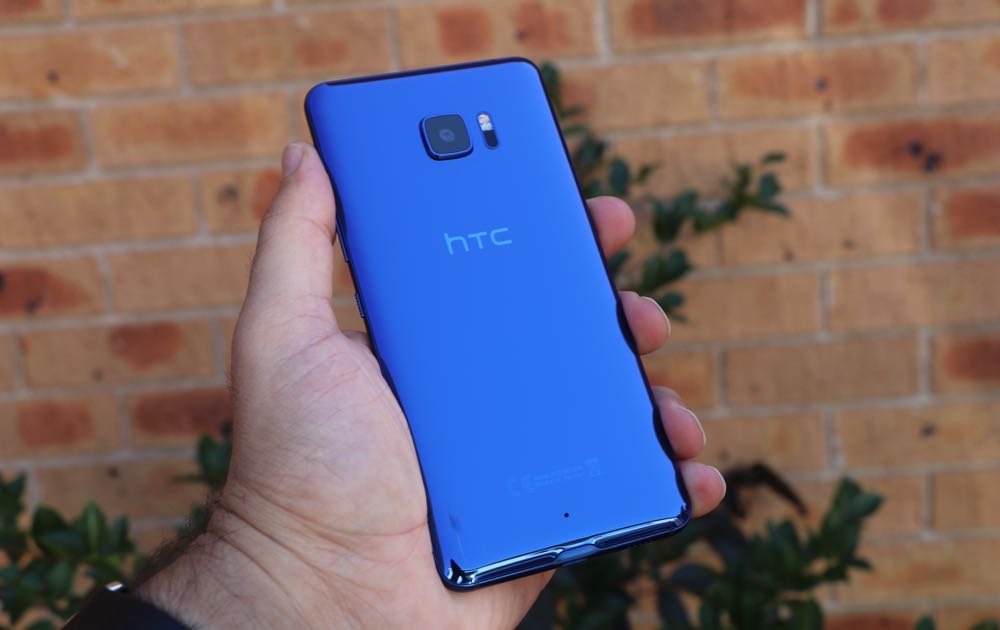 The 5.7-inch display is accompanied by a smaller secondary display that can show you notifications, calendar entries, contact and app shortcuts and even the weather forecast.

HTC’s idea with this second smaller display is to keep you on top of your notifications without it interrupting what you’re doing on the main screen.

And it does a good job at this although if you’re watching something on your screen on its side full screen, the second screen stays in its same orientation.

We didn’t mind this but what it does is add is size to the product. It has this second screen, a physical home button under the main display. And that adds up to a big device.

The HTC U Ultra is powered by the quad-core Qualcomm Snapdragon 821 with 4GB RAM so it can handle itself even when you’re switching quickly between apps, watching videos, streaming music and playing games.

Android 7.0 is the operating system aboard the HTC U Ultra but you still get HTC’s Sense UI (user interface) which is a sleek non-obtrusive interface.

But what’s new is the Sense Companion which is supposed to get to know you and your habits.

It’s got your back when you need to charge the device and if you need to take a battery with you but it’s no better or worse than other apps that can do the same thing.

If you love your audio then you’ll love the HTC U Ultra’s Hi-Res Audio capability.

And to make things even better there’s HTC’s USonic which plays a tone to optimise the audio quality for your ears.

When it’s done there’s a toggle so you can hear the difference between the regular audio and audio optimised for you.

You can even save more than one profile.

The result is your music sounds great.

But the catch is you have to use the included HTC earphones that connect to the device’s USB-C port.

And you can forget regular cable headphones because, like the iPhone 7, the headphones jack has been removed.

Another strength of the HTC U Ultra is the 12-megapixel camera.

Pictures are sharp and clear with rich and accurate colours whether you’re shooting a landscape or a portrait thanks to the larger pixel size.

In low light, the results are not quite as crisp but not too far off.

And if you’re into your selfies, you’ll be delighted to learn the front camera has an even higher resolution of 16-megapixels.

The HTC U Ultra is packing a 3000mAh battery which for a large device is a little on the light side.
There are plenty of smaller devices with similar capacity batteries.

But the U Ultra gets through the day pretty easily and its battery management system squeezes every last drop out of power out of it.

Although it would have been great to see a bigger battery onboard.

HTC’s U Ultra is available on a plan with Vodafone but it can also be purchased outright for $1,199.

We think that price is way too high and frankly if a customer had to pick between the U Ultra and an iPhone, they’ll probably pick the iPhone which has cheaper variations than the HTC Ultra.

At a super mid-tier price, the U Ultra would have attracted a few more customers.

There is cheaper U Play from HTC which doesn’t quite match the U Ultra feature for feature or in screen size but is a more wallet-friendly $799.

The HTC U Ultra has enough points of difference to make it stand out from the crowd with some interesting features. HTC’s heart is in the right place but the large size and expensive price won’t suit everyone.

PROS: Sleek design, secondary display, impressive camera, excellent audio quality. CONS: Large device, rear panel is a fingerprint magnet, battery could have been better. VERDICT: The HTC U Ultra has enough points of difference to make it stand out from the crowd with some interesting features. HTC’s heart is in the right place but the large size and expensive price won’t suit everyone.