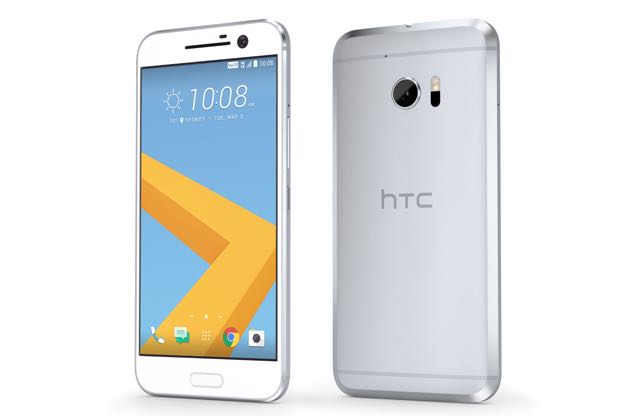 HTC is like a rock band that enjoyed a few early hits but hasn’t been able to crack the charts recently. It’s best hope for years to regain some glory is the impressive HTC 10 smartphone.

And with Apple and Samsung producing hits like U2 and the Rolling Stones, HTC has got its work cut out for it.

The HTC 10 is the first step back in that comeback.

In the past HTC’s flagship devices have had an eye catching design but not much changed style-wise with the most recent models.

Not so with the HTC 10. This Android device has a 5.2-inch quad HD display (2560 x 1440) and a fresh and bold new look with an all-metal unibody with chamfered edges on the back panel. 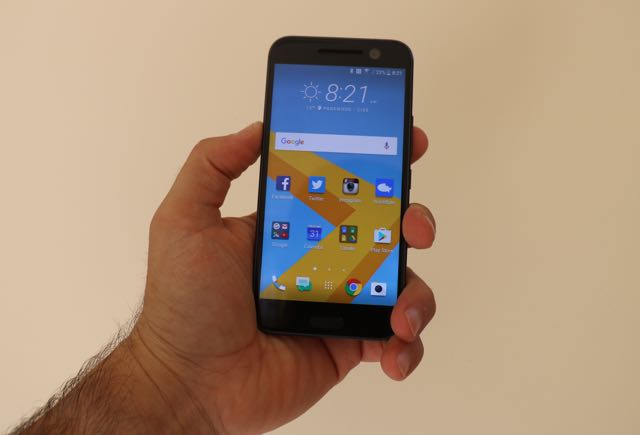 The device is just 9mm thick and weighs in at 161g.

With a gentle curve on the rear side, the HTC 10 sits perfectly in your hand.

Along the right edge is the volume rocker key and the lock/on/off button. This button has a textured edge to make it easier to find without looking. 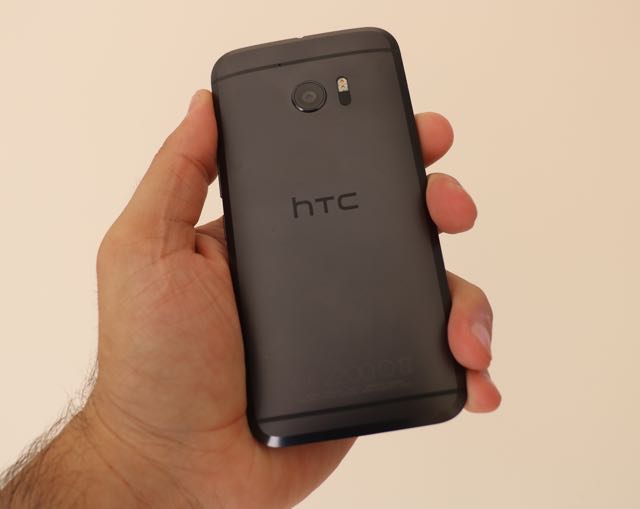 There’s also a microSD card slot on the left edge and the SIM card tray on the right.

The HTC also has a physical home key with a superfast fingerprint reader that unlocks the device in 0.2 seconds.

But the button has a function when it’s touched and when it’s pressed.

The touch is used to unlock the device with your fingerprint and to get back to the home screen and the press is to bring up the Google launcher. 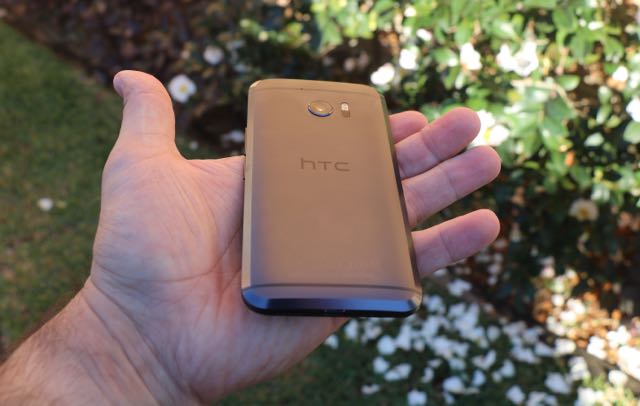 A handy feature – you just need to get used to it – because early on we wanted to go home and got Google instead.

It’s not just all about looks for the HTC 10. It has a lot of features as well.

And two of them are among the biggest features customers are looking out for – the camera and audio capabilities. 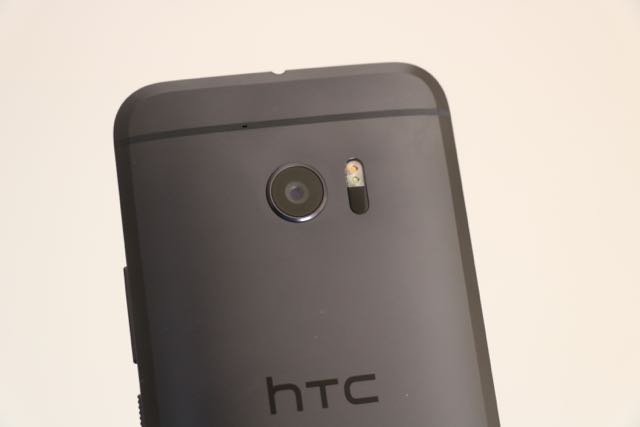 The 12-megapixel Ultra Pixel 2 camera offers a lot of improvement over its predecessor with a fast laser autofocus that locks on to your subject in 0.6 seconds so you’re not going to miss that shot.

It has a f/1.8 lens that lets in 136 per cent more light onto the sensors than previous models so in low-light situations your pictures are still going to look really good. Surprisingly good.

Also on board is OIS (optical image stabilisation) that works well whether you’re taking pictures or shooting 4K video.

The front facing selfie 5-megapixel camera has a wide angle f/1.8 lens to fit more into your shot. It also uses the screen as a flash so your pictures look a lot brighter as well. 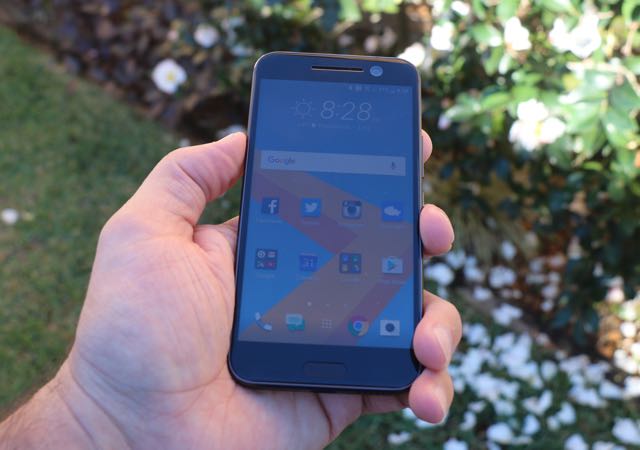 It also has the world’s first 24-bit Hi-Res audio recording in a smartphone which means you’re going to capture 256 times more detail than a regular device. So videos look and sound great.

And while the camera on the HTC 10 is pretty much foolproof and works well as a point and shoot – there’s also the option of taking more manual control.

And you also have the option for shooting in the larger RAW format so you do some serious editing when you export the device into photo editing software.

The shots we took with the HTC 10 looked sharp and clear and the brightness was also punchier as well. 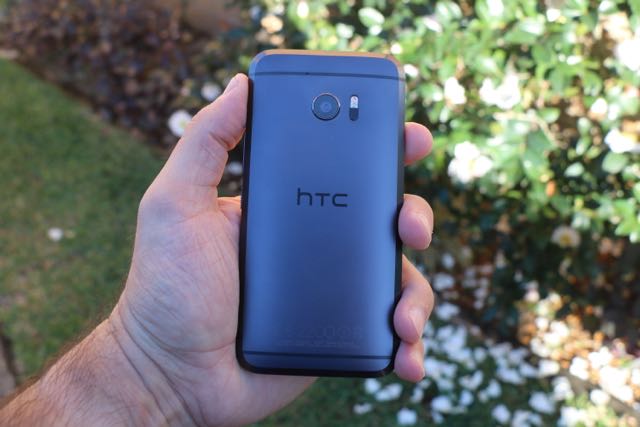 On the audio side, the HTC 10 has some very respectable credentials with HTC BoomSound with Dolby for those with an ear to superior quality.

It has Hi-Res audio processing, 24-bit DAC so when listening to higher quality (Hi-Res) music you can actually hear the difference.

And your regular music sounds amazing as well whether it’s through the included Hi-Res audio certified earphones or the HTC 10’s built-in speakers.

There’s even a profile system that can adjust specific frequencies to each of your ears so you can hear the music in all its glory.

So we went ahead dug through the settings in Spotify and changed our preference for streaming to Extreme Quality (you didn’t know you could do that??).

Extreme Quality on Spotify streams at 360Kbps. Normal is 96Kbps and High is 160Kbps.

Now we like to think we have a pretty good ear when it comes to distinguishing superior audio quality and the HTC 10 certainly delivers.

We preferred listening through the excellent headphones but the two external speakers – one on the front and the other on the bottom was still pretty good.

They have a separated tweeter and woofer design and a dedicated amplifier for each speaker and the quality is impressive.

So much so that you can forget about spending your money on a Bluetooth speaker, the HTC 10 is capable on its own to give you a great audio experience.

There’s a regular music mode with HTC BoomSound when just listening to your favourite tunes and a theatre mode to give you a better audio soundscape when watching a movie.

The HTC 10 is powered by a Qualcomm Snapdragon 820 processor running at 64-bit so you get extreme performance whether you’re opening apps or playing high-end games.

And with the Boost+ feature you can take even more control about where you want to direct your resources.

You can do things like shut down power-hogging apps and get even more out of your battery life.

It’s running Android 6.0 Marshmallow with an even lighter version of HTC Sense over the top.

In fact, it’s the lightest user interface HTC has ever produced for a smartphone and it actually does a good job getting out of the way and letting the Android OS shine through.

It makes for a leaner experience as well with less double ups when it comes to apps.

For example, instead of having both a Gallery App and Google Photos as part of Android, the HTC 10 will opt for the Google version.

Android fans will enjoy this feature. It lets Android be Android.

Another fun feature is Freestyle mode which lets you escape from the traditional grid interface with your apps.

Instead you can create your own layouts with your pick of icons to represent your favourite apps. It’s yet another example of the HTC 10 letting the user control who they would prefer to use and customise the device.

On the battery side, the HTC 10 has a 3000mAh rechargeable battery that runs like a miser and holds its power for the entire day.

There were periods where we were using the phone constantly and saw a 20 per cent drop in an hour.

But at other times, when we were just listening to music or letting the device sync our emails and apps in the background it would go through as little as 10 per cent in two hours.

HTC claims the device has a two-day battery life.

That wasn’t our experience – perhaps if you left it in a corner and didn’t touch it for two days – sure.

Yet that’s not to say the device’s battery isn’t up to the task. It’s in the same league as its competitors.

The cool feature for those about to head out without a charger is the quick charging capability.

The HTC 10 can reach up to 50 per cent battery capacity in just 30 minutes when charged through it USC-C port.

The HTC 10 doesn’t have much going against apart from a few minor things.

On the camera, while it takes impressive pictures, it still doesn’t focus as fast as some other competitor devices like the Samsung Galaxy S7 and S7 Edge which is slightly more expensive.

One of the things we loved about previous HTC smartphones were the two front-facing speakers.

This time out there is one on the front and the other on the bottom edge.

It would have sounded a lot better with two front facing speakers to distinguish it from most other devices on the market.

With a price of $1,099, HTC has placed itself in the path of Apple and Samsung once again.

If this was positioned as a super mid-tier smartphone at about $799 or $899 not only would it be competing less with Apple and Samsung at that top end but it would have also been considered by more customers as an outright purchase. 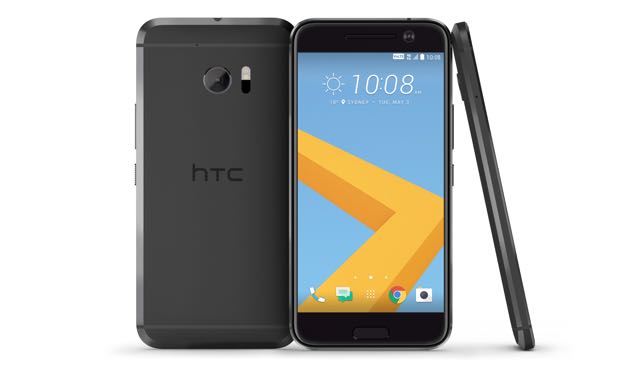 The HTC 10 is an impressive smartphone that will fuel the company’s comeback thanks to its high quality and numerous distinguishing features.

The device has addressed the customer’s needs and preferences and offers an enjoyable experience whether you’re using the product for work or play.

SnapBridge syncs your Nikon camera’s images to your mobile device