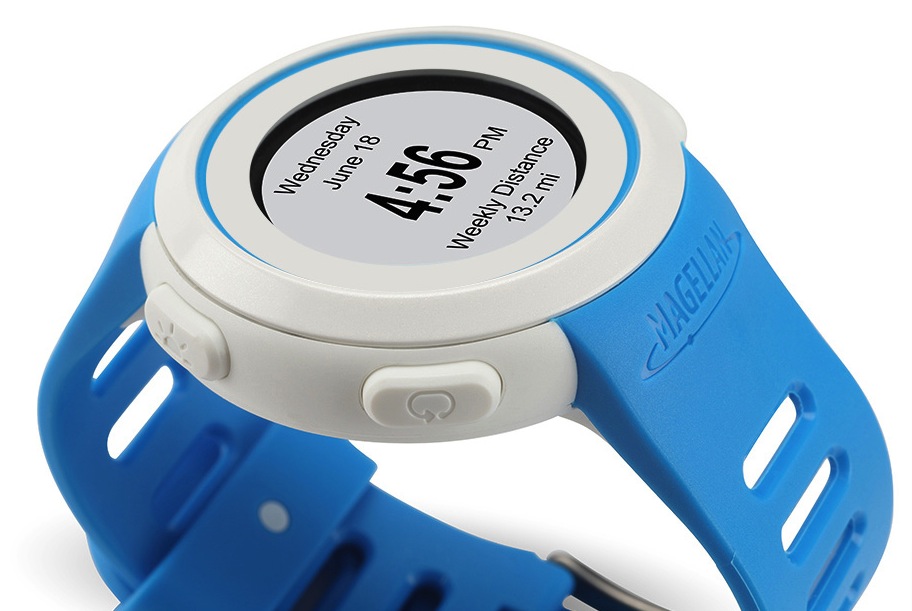 We’re a nation of joggers and our usual companion is our smartphone but a new watch from Magellan has made keeping track of your fitness even easier.

Magellan’s Echo smart running watches use Bluetooth to pair with smartphones and give runners easier access to their fitness apps along with full control of their music.

At present runners try and manage their apps and play their music by either holding their smartphones in their hands or strapping them to their arm.

And even when strapped to their arm, it’s not that easy to see the screen let alone use the touchscreen.

But with Magellan’s Echo smart running watch, users can keep their smartphones out of sight in their pocket but still view and control their app from the Echo’s four control buttons or screen.

The Magellan device is compatible with many popular fitness and running apps including all Wahoo Fitness apps, Strava, MapMyRun, iSmoothRun and Runtastic with many more added to the growing list each week.

Echo has been built on an open platform so new apps can be developed to work with the watch.

And once you’ve finished your workout, all of the app’s data is already live within the app on your smartphone.

There’s no need to physically connect the Echo to your smartphone to upload your stats.

The device is shock proof and water resistant and has a replaceable battery that can run for up to six months so there’s no need to recharge after each use.

Echo can also be used with a heart-rate monitor which means it is also compatible with apps that also track heart rate data.

The stylish Magellan Echo displays the date and time and can be worn everyday and left on your wrist until you’re ready for your next training session.

The Magellan Echo smart running watch is available in three colours – black, tangerine and blue and will be priced at $149 and $199 with a heart-rate monitor when it is released in November.