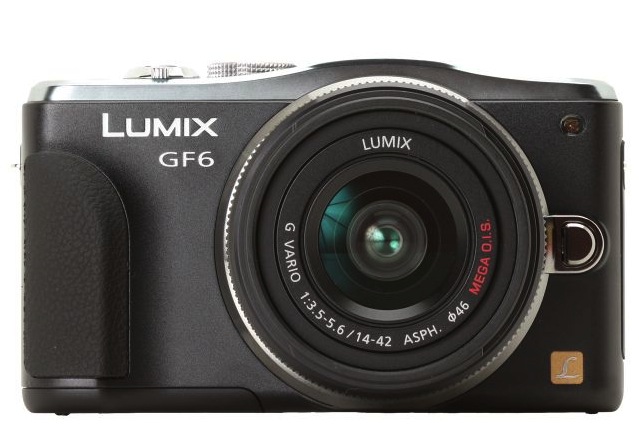 It has to be said. Once you’ve handled Panasonic’s top shelf Four Thirds models such as the GX7, pretty much everything else on offer seems like small beer.

So forgive me if I seem underwhelmed with the GF6. It’s probably better than the impression of it you’ll get from this review.

It’s not that its imaging capability is second rate. Indeed, Panasonic seems to find a way to make each of its new camera sensors a little better than the last, if only by the smallest measure.

Images from the GF6 were crisp and sharp, with excellent handling of colour.

On this count, I was very impressed. The 16MP Micro Four Thirds Live MOS sensor punches above its weight.

It’s not that the Wi-Fi feature is wanting. All you would expect from built-in Wi-Fi is there.

Remote control using a smartphone. Sharing to the web. Transfers to your computer.

All worked fine and I was pleased to find I could shoot 400 frames and still have about an hour’s charge left for Wi-Fi transfers.

It’s not for lack of features. The control layout is pretty basic, suggesting there’s not much to this camera than a simple point and shoot but Panasonic has built in all of the really useful features you’d likely want to use as those you find in more expensive models.

No intervalometer, though. That was disappointing.

It’s not that the GF6 can’t think for itself. Auto and Scene modes interpret the subject before the camera very well and, once again, I give the Lumix Intelligent Auto setting a big thumbs up.

So what’s wrong with this camera? Well, it’s just a bit clumsy. The control dial on the back panel is of my very least favourite design, with a chromed plastic finish that tends to slip under my fingers. I really don’t like using it.

There is no viewfinder, which may not bother many users but having only one way to frame a shot using the rear display offers no concession to more experienced shooters accustomed to a one-eyed peek at the scene.

The panorama shooting mode, in which you pan the camera through the scene, returns a super image once you get the method right but I found it really awkward trying to match the right panning motion to the speed the camera wanted me to move it at.

Worse, the capture frequently failed half way through the pan for no apparent reason.

At least the failed capture wrote to disc, though having half a panoramic may be no better than none at all.

The rear display doesn’t have the punch of the AMOLED display that I loved using on the Samsung NX300.

Also, while it tilts over the top of itself to provide a selfie screen sitting above the body, this isn’t as versatile as the type of display that swivels sideways.

It has a double hinge design, which allows the display to sit well out from the camera but I can’t see any special benefit to this.

The touch AF needed a lot of coaxing to stay locked on a target. I found myself shooting in burst mode a lot when handling moving targets simply because I wasn’t entirely confident the AF was doing a good enough job.

So there you go. Seems like a big whinge and I imagine the next user who picks up this camera will wonder what I’m talking about.

Like I said early in the piece, it’s difficult not to make comparisons with the higher end Lumix models.

If I had never touched a Lumix, I would probably be more impressed that Panasonic had managed to offer such good image quality for a kit that comes in under $800.

It is an impressive package for the price but you know what? So are this camera’s competitors.

While the GF6 impresses with its image quality, it fails to excite me in the same way as do other cameras occupying the same shelf space.

If you want a simple shooter and don’t want bells and whistles that detract or confuse, the GF6 will probably be a good choice for you.

But I’d be taking a close look at what else you can buy for $800 with change.

Also, handle this camera before you buy. If your hands lean to the oafish side like mine do, you’ll find this shooter a little slippery in the handling.