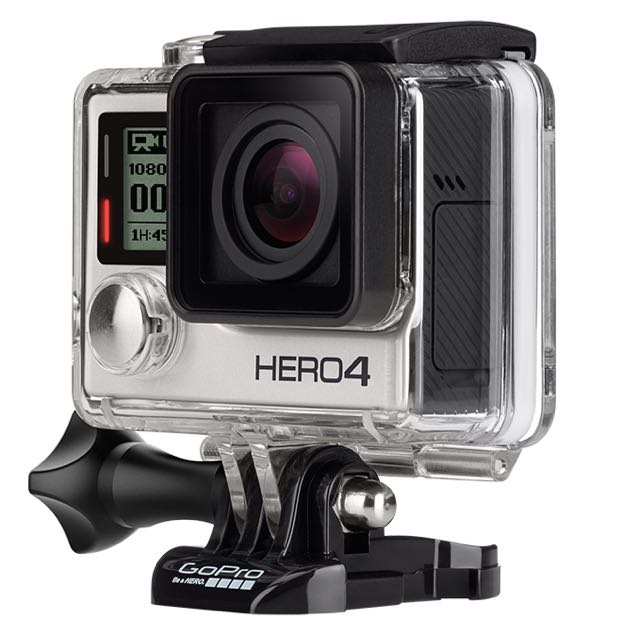 GoPro has released a new range of cameras that will allow point-of-view and immersive shooting of even higher quality video.

The latest Hero4 will be available in two editions – the HERO4 Black and the HERO4 Silver.

There is also a new affordable entry-level GoPro camera as well.

On the audio side, the device has also improved and can capture high fidelity sound with twice the dynamic range of its predecessor.

HERO4 Silver ($549) has also been improved but can’t capture the higher video quality of the Black.

Other new features of new Black and Silver GoPro cameras are Protune – for more manual control, HiLight Tag which lets you mark key moments in your video and QuikCapture which makes it easy to power on and record at the press of one button.

The HERO is a new entry-level device – priced at an affordable $129 – is built directly into a rugged, waterproof housing.

There are also even more GoPro accessories and mounts to make it even easier to capture your world.

Smart Remote: The waterproof and wearable remote can control your GoPro from up to 183m away.

The Handler: This is a compact and lightweight handgrip that floats for easy handheld shooting.

LCD BacPac: the new LCD screen has improved touch and swipe performance when used with the HERO4Black.