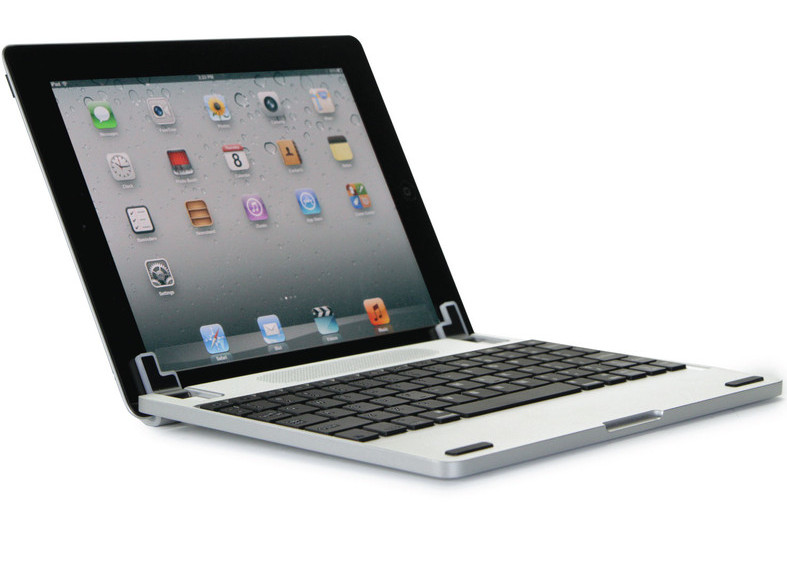 When it comes to keyboards for the iPad there are many choices from cases to stand alone keyboards but the Brydge Keyboard offers a quality alternative.

There are plenty of users who love their iPads but still prefer to be typing on a keyboard when they need to create or work on a document.

That’s the reason why this is such a healthy market and the Brydge Keyboard is trying to win a healthy share of it.

Originally funded through the KickStarter website two years ago, the Brydge Keyboard has already won plenty of support.

The company, founded by three entrepreneurs in Silicon Valley, has actually been acquired by a group of Australian investors with big plans to not only market the Brydge Keyboard but to also produce a range of lifestyle accessories.

The latest version of the Brydge Keyboard, which links via Bluetooth, has just been released and its designed for the iPad 2 and the iPad third and four generations.

Versions for the iPad Air or the iPad Mini are not yet available but are currently in the works.

The Brydge Keyboard is made from a single piece of high-grade aluminium (silver) or industrial strength polycarbonate (black) and includes two hinges that holds the iPad securely in place.

The Brydge Keyboard offers the same high quality and workmanship Apple customers expect from their products so it makes a nice fit with the iPad.

Inside each hinge is a soft silicone lining that creates a tight enough hold to lock the iPad in place.

And it’s locked in place with enough strength to support the weight of the Brydge Keyboard even when you lift the joined products up holding the corner of the iPad.

The hinge allows the iPad to be tilted through a full 180-degree range from closed all the way through to completely open and flat with the keyboard.

Essentially using the Brydge with the iPad turns it into a mini laptop that’s not much thicker than the MacBook Air.

There is a six-row QWERTY keyboard with raised keys that are quite comfortable to type with. In fact, this review was written using the Brydge Keyboard.

If you’re coming from a laptop like us – we normally use a 15-inch MacBook Pro with Retina Display – it did take a little time to adjust to the smaller keyboard.

But it wasn’t long before we were typing quite fluently and watching the words instantly appear on the iPad.

Our only complaint was the occasional double letter appearing if we stuck a particular key too hard or at an odd angle.

There are also a number of function keys located on the top row of the keyboard including brightness, search and media control keys.

We also found the placement of the lock key – designed to put your iPad to sleep – just above the backspace key a little odd and we did over shoot the delete key once or twice to put the iPad to sleep.

Also included with the Brydge Keyboard is a built in speaker that’s not quite the same quality as the iPad’s built-in speakers but is still worthwhile because it places the speaker in front of the screen.

This comes in handy if you’re using the Brydge Keyboard to angle and position your iPad to watch a movie.

The device has a built-in rechargeable battery that lasts for hours which is powered through the microUSB port on the right side next to on/off/pairing switch.

The Brydge Keyboard works well and is an ideal companion for the iPad.

It does cost $US149.99 for the aluminium version with speakers and $US139.99 without speakers which is a little more expensive than the many cases that also incorporate a keyboard.

And while the other brand’s cases enclose the iPad and provide added protection the keyboard and typing base is not the same quality as what you will find with the Brydge Keyboard.

The many iPad keyboard cases and keyboard covers only allow the iPad to be positioned in certain angles but the Brydge Keyboard can hold the iPad at the angle of your choice.

The Brydge Keyboard is a good choice for users who don’t mind paying a little extra for quality to use their iPad for work and play.