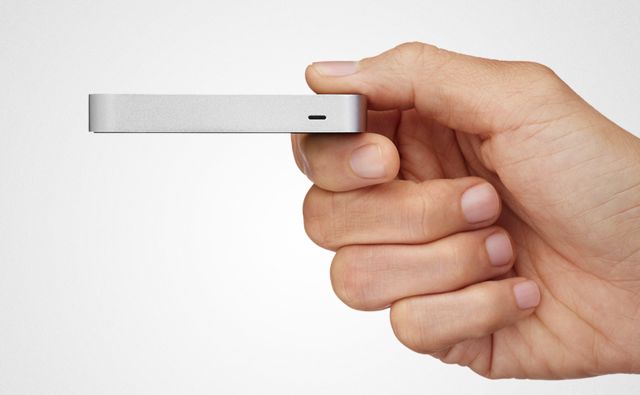 LeapMotion – the revolutionary new device that will change the way you interact with your computer – is now on sale in Australia through Dick Smith stores.

The small device is slighter larger than a USB thumb drive and feature sensors that turn the area in front of your computer into an interactive 3D space.

This means users can control their computers and interact with apps, games and other applications using their hands Minority Report-style.

It can track, with amazing accuracy the movement of your hands and all 10 of your fingers instead of having to use a keyboard or a mouse.

LeapMotion connect to your computer via USB and works on both Mac and Windows computers.

The device is supported by the AirSpace store – a marketplace where users can buy and download apps optimised for LeapMotion. There are also many free apps available as well.

Since the device launched in the US in July there have been more than a million apps downloaded from the AirSpace store.

The community around LeapMotion is also growing rapidly with more than 65,000 developers from around the world.

LeapMotion is available from Dick Smith stores and is priced at $129.95.

ACCAN calls for telcos to aim for less complaints