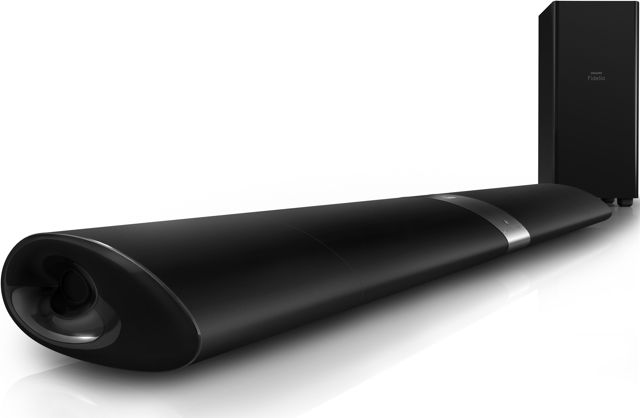 Philips has unveiled its new range of high quality Fidelio audio products which include an all-new home theatre sound bar as well as docks with Lightning connectors.

Many customers may not realise what a rich audio heritage Philips has.

Since 1923, Philips has been creating, innovating and perfecting the sound of its audio range products.

This is, after all, the company that evented the cassette tape and the compact disc player.

Stringent testing, blind surveys and a team of audio experts recognised as Golden Ears also contribute to Philips strength in the audio space.

The Golden Ears members, who are trained to recognise even the smallest nuances of sound, ensure Philips has got the sound right before offering it to customers.

In blind surveys, respondents have preferred Philips sound quality over a competitor 65 per cent of the time.

So it’s this sound quality and care that have gone into the latest range of Fidelio audio products.

The most impressive new device is the Fidelio Soundbar which has detachable speakers that can turn it from a 2.1 system to a 5.1 system.

With the speakers attached it looks like a regular soundbar and can detect whether it has been wall-mounted or resting on a surface to optimise the audio quality.

When a user wants to enjoy a 5.1 channel home theatre experience the two ends of the Fidelio Soundbar detach to become the left and right wireless rear speakers.

Each of these speakers have a built-in rechargeable battery that can last up to 10 hours. They are recharged every time the speakers are reattached to the main unit.

The Fidelio Soundbar is priced at $999.

Philips has also introduced a range of docking speakers that now include the Lightning connector to make them compatible with the iPhone 5 and the latest iPads and iPod Touch models.

The top of the line DS8400 model ($299) has Bluetooth built-in and can wirelessly stream your music as well. It also has a rechargeable battery so it can be a portable system.

Rounding out the new Fidelio range is the $399 SoundAvia wireless speaker with AirPlay.

It has 40W RMS output power and two 8cm full range drivers and is compatible for wireless play from Apple’s family of mobile devices – the iPod, iPhone and iPad.

Stay tuned to Tech Guide for reviews of the new Philips Fidelio range in the coming weeks.