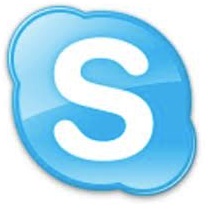 The ability to make and receive Skype voice and videos calls has just expanded to some new devices – the PlayStation Vita and Windows Phones.

PS Vita users can download the Skype app from the PlayStation store and it will work on both the wi-fi and 3G versions of the device.

“Our users appreciate being able to access Skype features wherever and whenever they choose,” said Manrique Brenes, senior director of emerging opportunities at Skype.

“With the launch of Skype for PS Vita, we are taking another step towards our ultimate goal of making Skype video calling available on every platform, all over the world, and meeting the demands of existing PlayStation users to offer video on a gaming console.”

Skype on the PS Vita runs in “background mode” and players can pause a game, complete their call and then return exactly to where they left off in the game.

Microsoft has also announced the Skype app for Windows Phone has completed the beta stage and the final version is available now for immediate download.

The Skype Windows Phone beta app was first seen at the Mobile World Congress in Barcelona in February and gives Skype’s 200 million average monthly connected users to make and receive voice and video calls on the go.

Microsoft has a huge interest with Skype and its success. The software giant paid $8.5b last year.