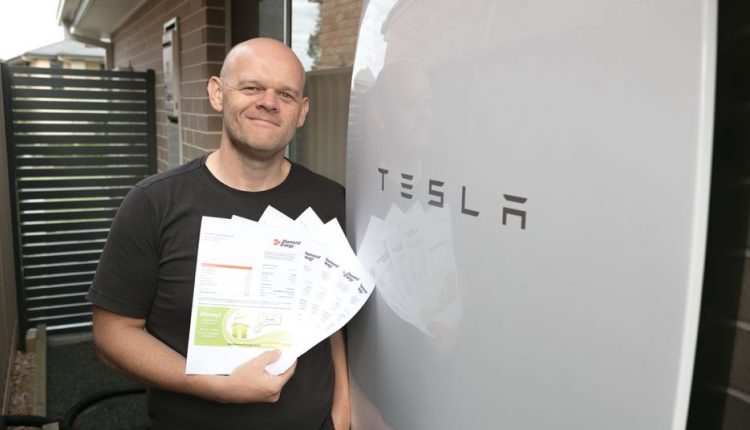 Want to save more than 90 per cent on your energy bills? Here’s how you do it.

If you needed an incentive to go solar and install a Tesla Powerwall here it is. The first owners of the Tesla Powerwall have reduced their total power bills in the first year by more than 90 per cent.

The Pfitzner family made headlines after having Australia’s first Tesla Powerwall installed by Natural Solar in their four-bedroom home in Sydney’s Hills District in January 2016.

The original Tesla Powerwall contains a 6.4kWh capacity and stores the excess energy captured by the home’s solar panels for use later in the day and evening during peak hours.

“This is one of the first in-market examples worldwide that shows the true savings battery power can make for consumers in the course of one year,” says Chris Williams, Managing Director of Natural Solar.

“Power bills are continuing to surge at a rate of 10-12% annually, and coupled with the end of many gross-feed-in-tariff rebates around the country, there is no doubt there will be a continuation of sharp rises in electricity bills nationwide.

“As we see ongoing evidence of bill reductions averaging 80-90% directly from battery installations, there is no doubt this is the future for savvy Australian consumers.”

The Pfitzner family set-up which was installed by Natural Solar included an array of 5kWp solar panels, the Tesla Powerwall, a SolarEdge inverter along with fully integrated, bi-directional cloud-based monitoring software that allows owners to check household consumption patterns and the overall performance of the system.

Cost of a similar installation would start at $13,950 plus GST but with savings of more than $2,100 a year, as we saw with the Pfitzner family, the system would pay itself off after less than seven years.

“At Natural Solar, we are huge advocates for battery power and its ability to generate dramatic genuine savings for consumers. This case study alone has shown people can generate income from their system at a time where power bills are surging and rebates have ceased,” said Mr Williams.

“In a market where power bills are continually soaring and people are celebrating a slight reduction in their quarterly running costs, it’s almost unheard of for a family to be able to power their house for as little as 50 cents per day.

“This isn’t just a dream, it’s a reality for many thousands of consumers who have switched gears and have made the switch to renewable storage solutions. Based on the first twelve months of power bills the return on investment and payback period sits at six years,” said Mr Williams.

But battery power is only going to get better with news the Tesla Powerwall 2 is just weeks away from delivery.

The Tesla Powerwall 2 has more than double the energy storage capacity of the original at 15kWh and can be wall or ground mounted.

“These results are phenomenal and are just the beginning of the future of battery power. With Tesla Powerwall 2 installations expected to occur in a matter of weeks, the anticipated ROI of solar and battery combined will only improve as the market matures,” Mr Williams says.

“Since the announcement of Tesla Powerwall 2 we have seen the customer profile move from early adopters and tech lovers to a more mainstream ‘Mum and Dad’ market.

“There is no question consumers are recognising the value of innovation and are excited to benefit from this.

“This is an exciting time for renewable energy and battery power, proving a sustained reduction in power bills over the course of a year.

“Battery power is no longer considered an experimental start-up technology; it’s become truly established in the past twelve months and has continued to flourish and evolve, acting as a sound investment for Australian homeowners who are looking to achieve further independence from the grid.”

Optus flicks the switch on its high-speed 4.5G network