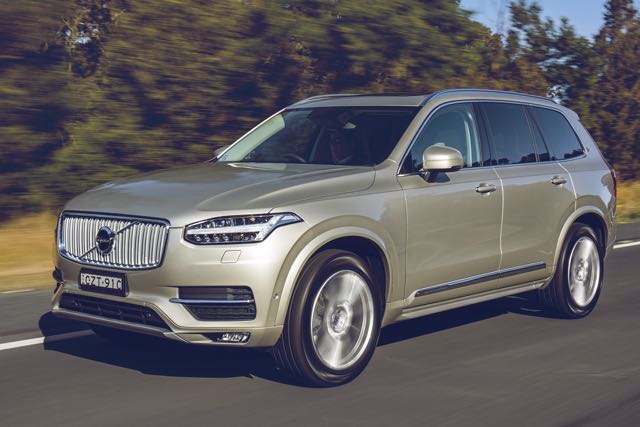 Federal MPs got their first look into the future of driverless cars with a demonstration by Volvo Australia in Canberra today while they conduct a national inquiry of the technology.

Volvo executives showcased their autonomous drive technology to the members of the House of Representatives Standing Committee on Industry, Innovation, Science and Resources which is looking for ways driverless vehicles can improve the lives of Australians.

The committee members were driven around Canberra for an hour in two Volvo XC90 SUVs which have autonomous drive technology onboard.

It was the first driverless demonstration ever held in Canberra and it gave MPs a first-hand look at cars equipped with autonomous driving features driven on local roads.

“Given the scope of the committee’s current inquiry into driverless vehicles we felt it was important that its members have the opportunity to actually travel in an autonomous equipped car, and experience for themselves how the technology works on normal roads,” said Kevin McCann, the Managing Director of Volvo Car Australia.

“As a global leader in the development of Autonomous Drive we are pleased to bring two state-of-the-art Volvo XC90 SUVs to Canberra and demonstrate the technology to the committee first hand.

“As we stated in our submission to the inquiry, an autonomous car is one that can accelerate, brake and steer itself without intervention by the driver.

“Not only will this technology benefit Australian drivers and society through reduced congestion, and improved traffic safety, it will transform the way people manage their time in their cars.”

Volvo has been committed to furthering driverless car technology as well as autonomous driving safety.

Volvo acknowledges there are many hurdles to overcome before driverless car technology is legal.

One is the question of liability in the event of an accident involving a driverless car.

“Volvo’s public position on liability is very clear. Volvo will accept full liability for whenever one of its cars is in full autonomous mode,” Volvo’s McCann said.

“This accords with Volvo’s Vision 2020 that no one will be killed or seriously injured in a new Volvo car by 2020.

“Volvo believes the Australian government should mandate that all manufacturers who sell fully driverless cars in Australia must accept liability for cars involved in accidents that were in full autonomous mode at the time of the accident.”

Why Australians are quickly moving from broadcast TV to broadband TV