Sphero’s BB8 remote control droid from the latest Star Wars film has been a huge hit but a new device has been released to control the little droid like you’re using the Force.

The Force Band is worn on your wrist like a watch and connects wirelessly to BB8 to provide gesture controls.

The new Force Band can precisely measure the alignment of your arm and hands and translates these into commands for BB8.

And the result is looking like you’re using the Force to control the lovable BB8 ball-shaped droid. 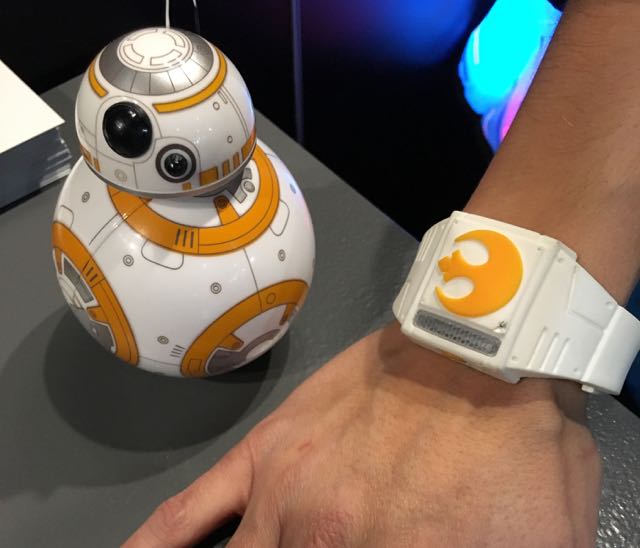 Push your palm forward and BB8 moves forward, pull it back and BB8 returns to you.

Waving your arm left and right will also direct BB8 in those directions while your arm’s distance from the floor will also determine your speed. 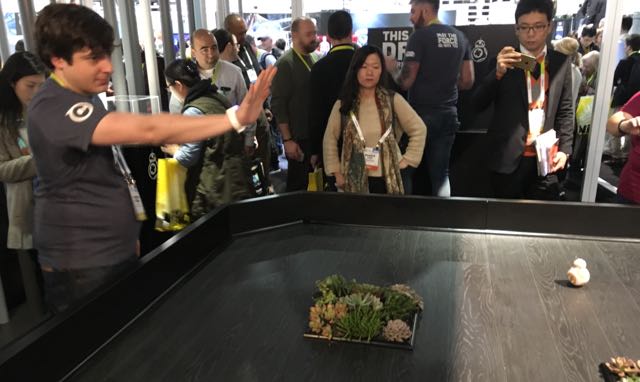 The Force Band was revealed at the Consumer Electronics Show in Las Vegas but is still a development product at this stage.

It will be released in the coming months with the Sphero’s BB8 and, if you already own a BB8, you will also be able to buy the Force Band separately.

Also unveiled by Sphero at CES was a battle-scarred BB8 which has a grittier look and sand-blasted paintjob.

Functionally, this version of BB8 will operate exactly like the original pristine version.

How Samsung is changing the shape and size of televisions