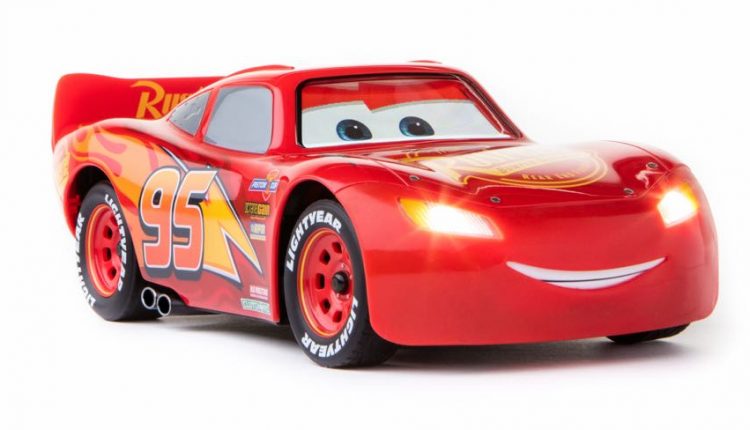 Those clever people at Sphero have done it again – they’ve taken a beloved star of a popular movie and brought it to life off the screen. Introducing Disney Pixar’s Ultimate Lightning McQueen.

Sphero did the same thing with the lovable BB8 ball-shaped droid from Star Wars the Force Awakens and now they have put their considerable talents behind the star of the upcoming Disney Pixar film Cars 3 – Lightning McQueen.

This bright red racer has the personality and characteristics that we saw and loved in the film.

It has animated eyes on the windscreen and an animatronic mouth so you’ll think Lightning McQueen has jumped from the screen to reality.

The car is meticulously detailed and is 25.1cm long, 12.7cm wide, 8.2cm tall and weighing in at just under a kilo.

Sphero has brought its considerably advanced robotics to the toy to make it more than just a simple remote-controlled car. 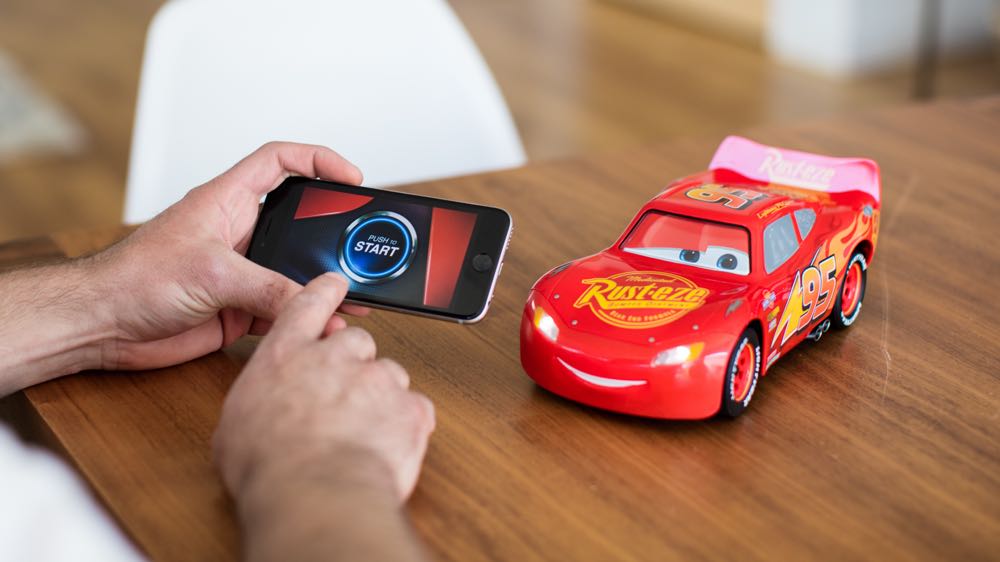 A great example of this is the Emotive Suspension which takes advantage of the six motors under the hood.

The car can lift itself up and lean left to right while it’s reacting and repeating well-known lines from the films.

Lightning McQueen’s mouth, located on the front of the bumper of the car, moves perfectly in time with whatever it is saying.

And just like in the movie, Lightning McQueen’s voice is supplied by Owen Wilson in about 40 different phrases. 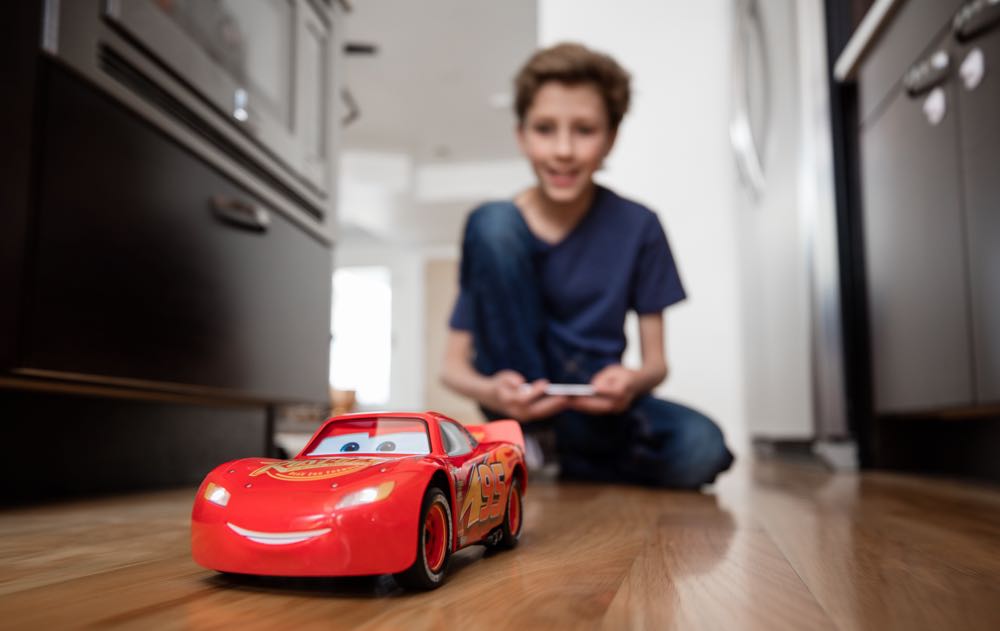 Lightning McQueen is controlled with an app that runs on iPhone and Android.

Driving the car is quite simple with the on-screen joystick so you can easily zoom forward and back and even do some donuts and a bit of drifting.

You can even see Lightning McQueen leaning into the turns – just like he does in the movies. 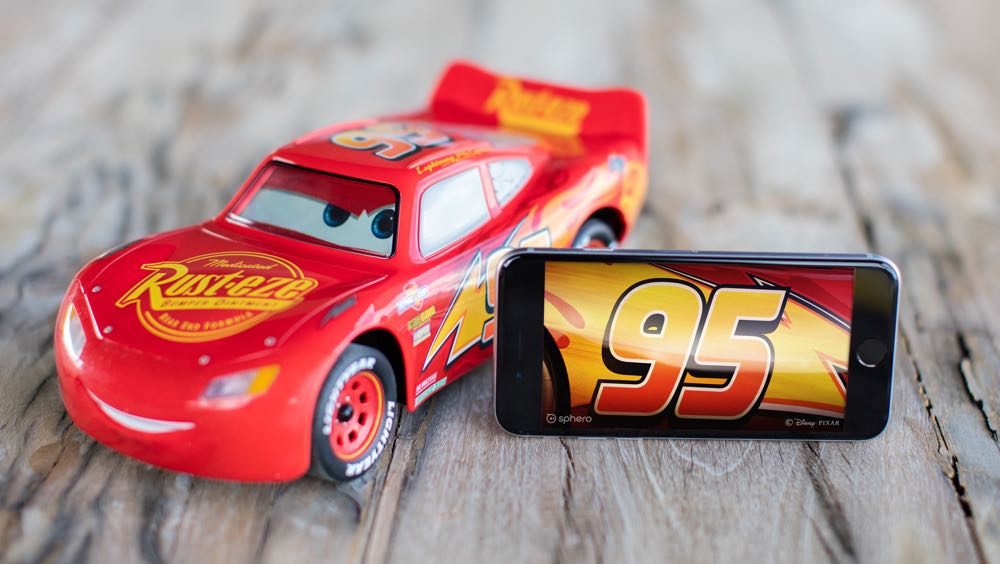 But as is typical with Sphero’s products, Lightning McQueen does more than just race and talk.

Part of the app is the Acting Studio where you can create scenes for Lightning McQueen to recreate.

Reactive Touch is another feature of the car shows off its latest moves with a simple tap on various parts of the chassis. 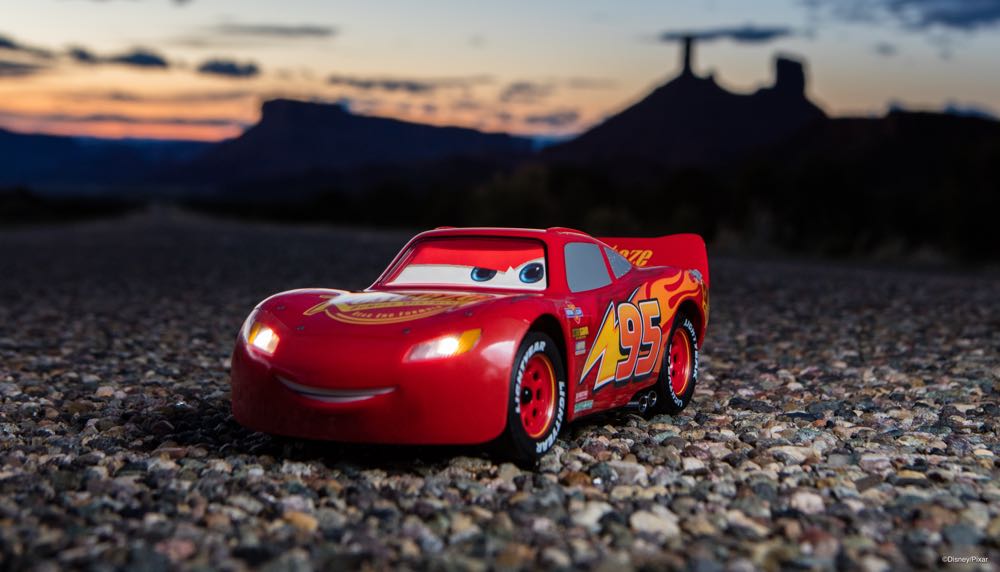 There is even a built-in animated game called Pit Stop Panic where you race the clock to change tyres, refuel and change the oil.

On a full charge, which takes about two hours, you get 40 minutes of driving time and a range of up to 30m.

Jay Ward, the creative director of the Disney Pixar Cars films, was involved in the creation of the interactive product since the project began more than 18 months ago.

“Until now we’ve never been successful at bringing something as animated and alive as Lightning McQueen into a tangible object,” Ward said.

“We needed to have him come alive, interact, have a personality and yet perform as well.

“With driving it’s more than just forward and backwards and turning. It’s also the body leaning as it goes into a turn.

“That’s what McQueen actually does in the film.”

Pre-orders kick off today at EB Games and Zing stores and will be on the shelves in early July. It will also be available to purchase at Apple stores. It will be priced at $AUD499.

That’s a premium price, but you are getting a premium product that will be updated with features into the future.