Projectors are traditionally large devices that are used in one place either on a table or mounted on the ceiling but Sony has unveiled a high definition projector that will fit in your pocket.

The MP-CL1, which we saw for the first time at the Consumer Electronics Show, is a portable mobile projector that uses a laser light source instead of a regular lamp to deliver high definition 1920 x 720 resolution.

Despite this short throw projector measuring just 14.9cm long and only 1.3cm thick, it can still project an image up to 120 inches from a distance of 3.45m. 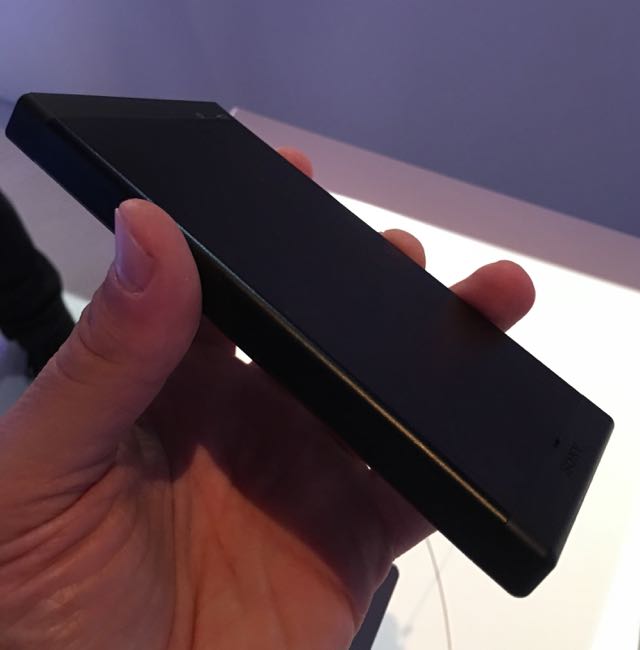 The Sony MP-CL1 is about the size of a smartphone and weighs 210g so it’s easy to take anywhere with you whether you need to make a presentation or watch a movie.

Onboard is Sony’s Laser Beam Scanning technology that enables focus free projection so you’re never faced with blurry out of focus images like you would on a traditional projector. 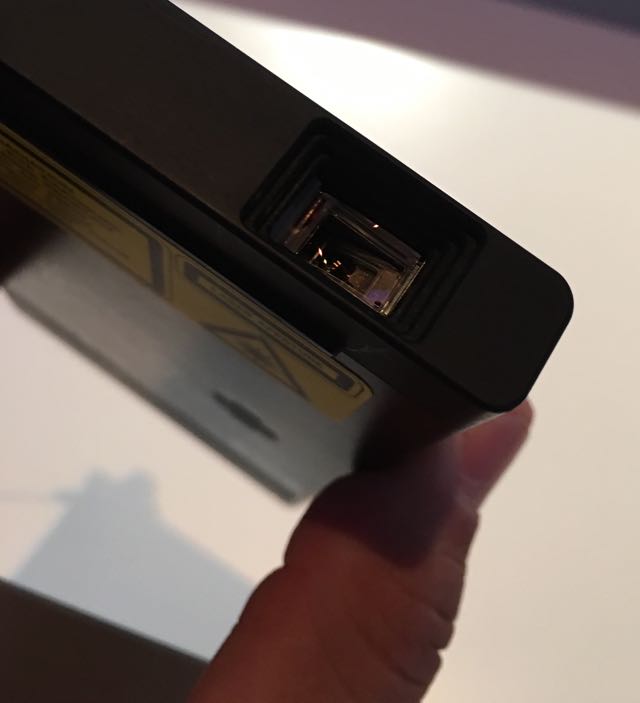 There is a wireless Screen-Mirroring function to allow users to mirror the content from their smartphones, tablets and computers via wi-fi.

On the connectivity side, there’s a HDMI port to connect your source.

There’s also a USB port so you can actually use the built-in rechargeable battery to charge your smartphone on the move as well. 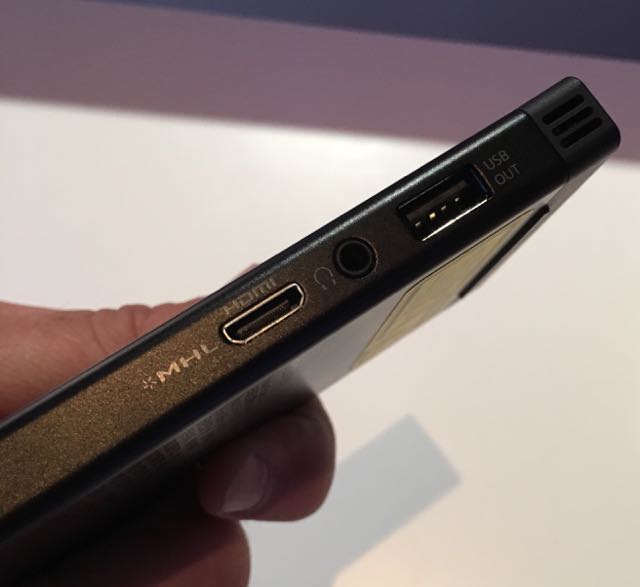 The projector’s battery is recharged through a microUSB port and can run for up to two hours projecting HD resolution.

The Sony MP-CL1 comes with a HDMI to mini-HDMI adaptor, a microUSB cable and a detachable stand. 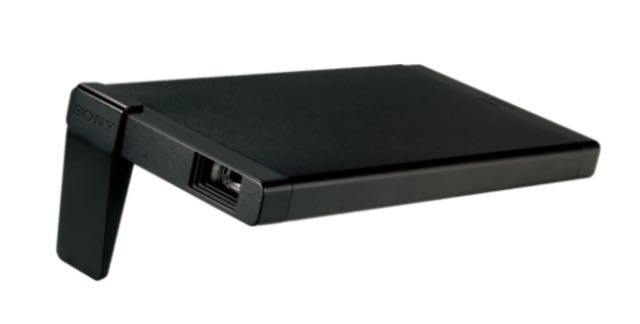 It will be available later this month and will be priced at $699.