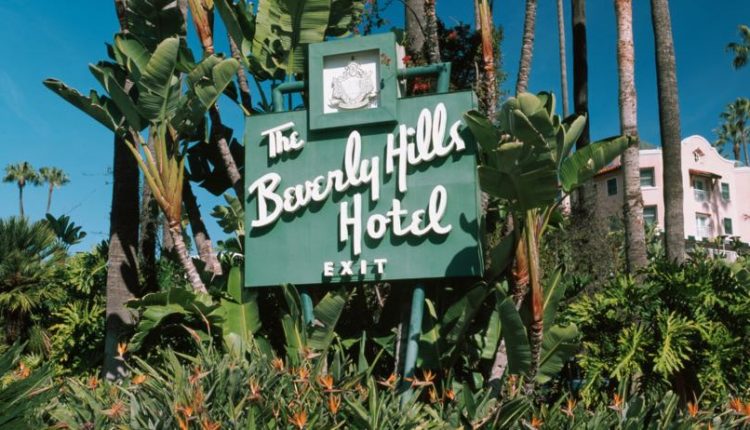 We’ve all heard of smart automation for our homes. But imagine that convenience, security and energy saving on a much larger scale – like in a hotel.

That’s exactly what the people at Sydney’s Suite Control can offer with clever technology from Control4 from the US, Axxess Industries in Canada and some very clever cloud software from the newest kid in the hotel tech space, HotDash, partly developed right here in Australia.

Hotels around the world including The Star in Sydney and The Beverly Hills Hotel in Los Angeles are embracing this kind of enhancement to give their guests the best experience and the business maximum efficiency.

Control4 and Axxess were the first technology manufacturers in the world to see the benefit of home automation and hotel systems that was super easy to install, without ripping walls apart, by use of new wireless standards.

Both companies were founded a little over 10 years ago, and have worked together on some of the largest hotels in the world including Aria in Las Vegas.

Aria has over 4000 guestrooms and, even seven years after it opened, is still considered a market leader due to its size and smart technology choice.

HotDash was developed to make all the other systems sing, and keep singing.

This system, monitors the other systems in a hotel, providing a virtual window for hotel staff to ensure the guest has the best possible stay possible.

Staff know things like when the guest is away from their guestroom and making sure room attendants can enter and clean up before they return. 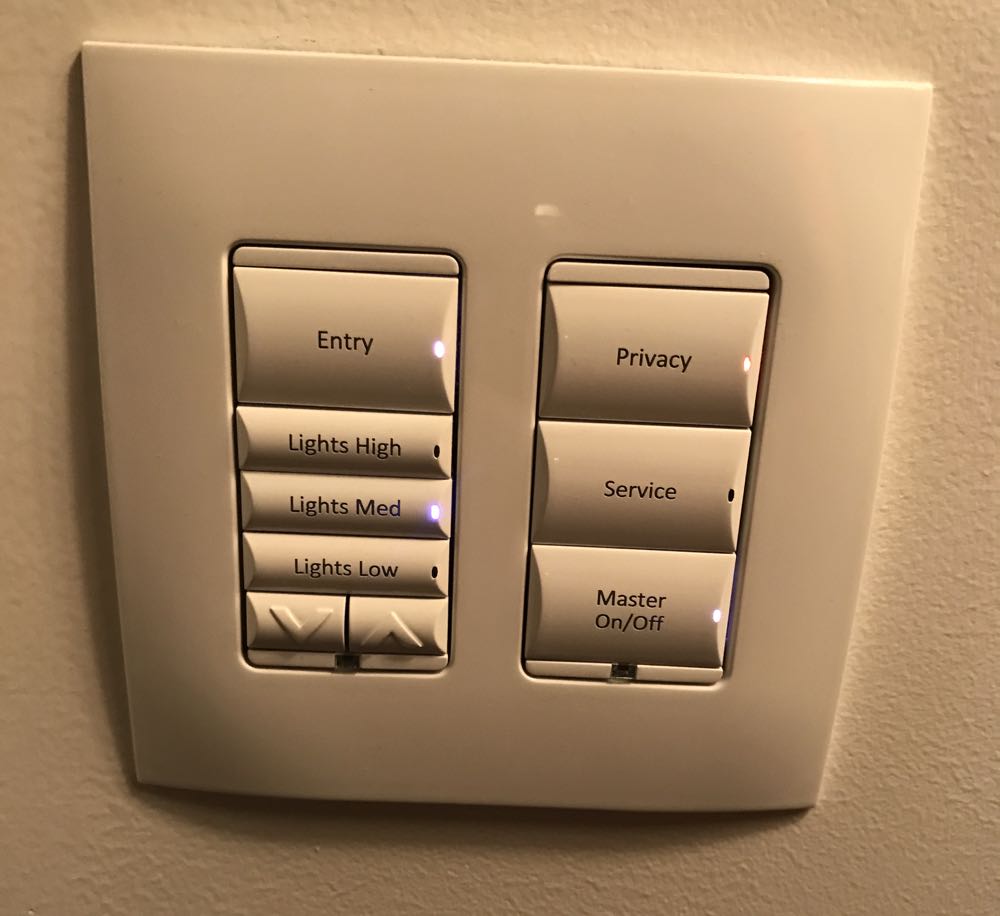 It also monitors comfort via adjustments to room temperature, light levels, blinds and shades for when the sun is too bright, and can even play some music or turn the TV on as a wake up in the morning.

The full integrated system has numerous benefits for the hotel apart from making a customer’s stay more comfortable.

A large part of HotDash is making the property operate more efficiently – and that can result in energy savings which in turn puts literally hundreds of thousands of dollars back in the hotel’s pocket, so the return on investment of a hotel automation system is quite obvious.

Tech Guide had a chance to look inside the prestigious Beverly Hills Hotel in Los Angeles where the system has been installed to control the entire hotel. 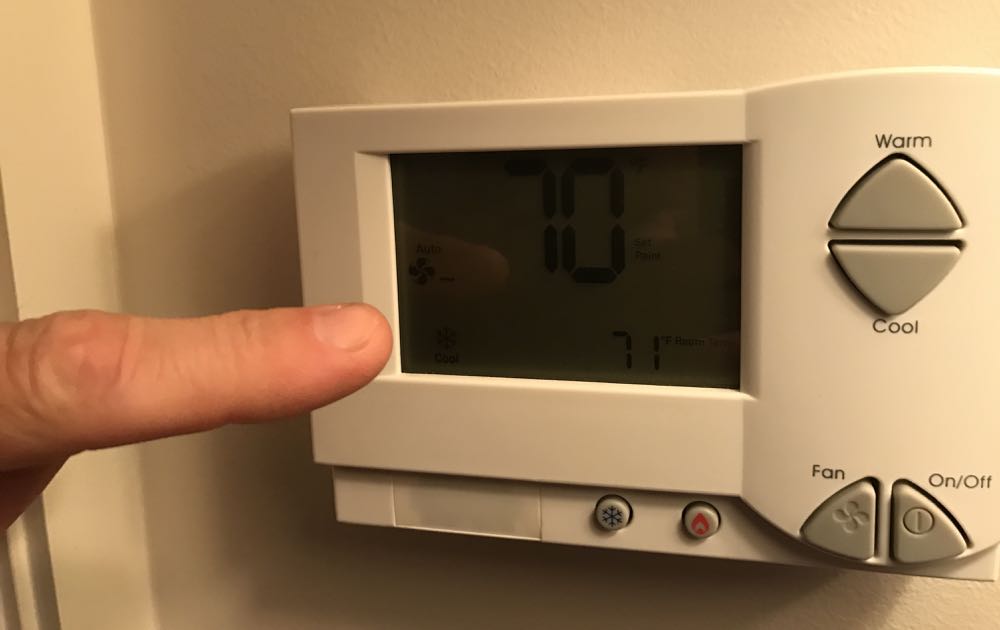 The hotel has a dashboard that shows the information about the room – if it’s booked, if the guests are in the room, if it needs cleaning and if it needs its mini bar refreshed.

Just on the maintenance side, HotDash allows hoteliers to find issues before the guest does.

In large hotel casino, a blown light bulb could mean a world of difference to a superstitious player who might look on this as bad luck, but right from check-in, the HotDash system gets to work.

As soon as the guest is given their room key, the designated room is “woken up”. 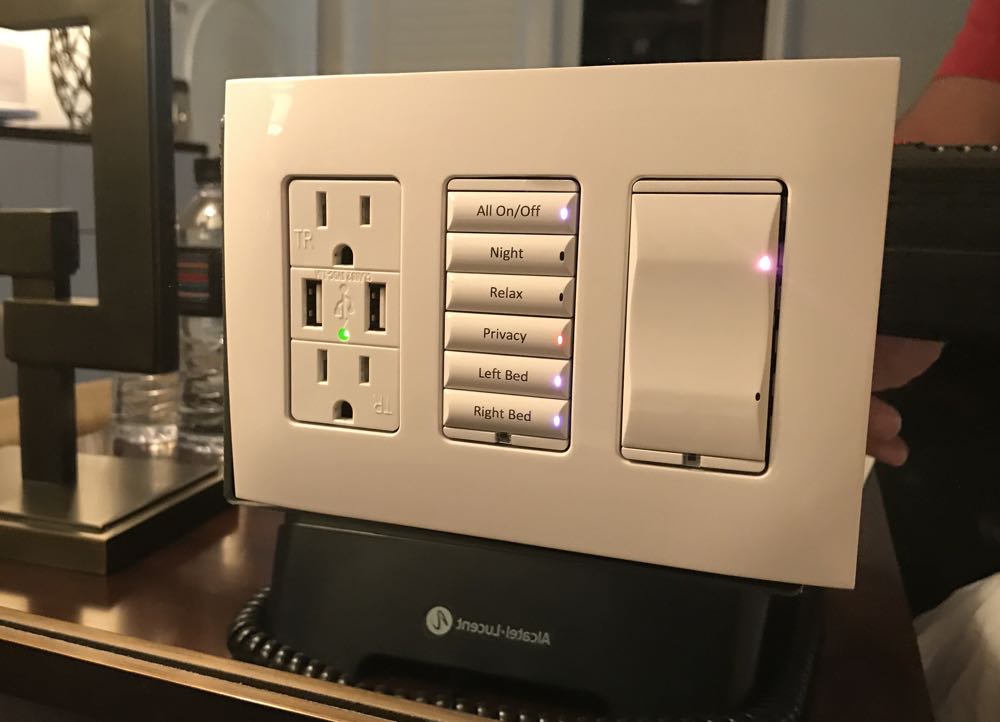 The blinds are drawn automatically, the lights are turned on, the room is at the right temperature and there’s music playing by the time guest makes to the room.

How many times have you arrived into a hotel room for the first time and it’s all dark, you struggle to find the light switch and it’s either too hot or too cold. 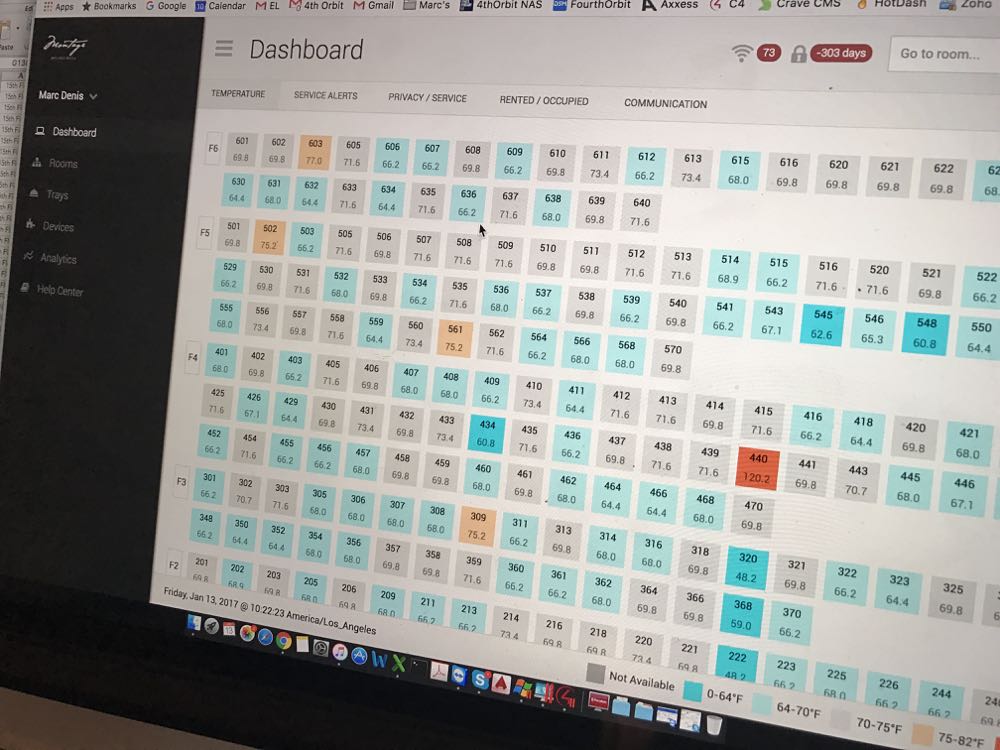 The number one complaint by hotel room guests the world over is, my room is too cold or too warm.

This isn’t a problem at the Beverly Hills Hotel.  The room’s temperature controls are part of the system so they can easily be adjusted either by the staff or the guest. 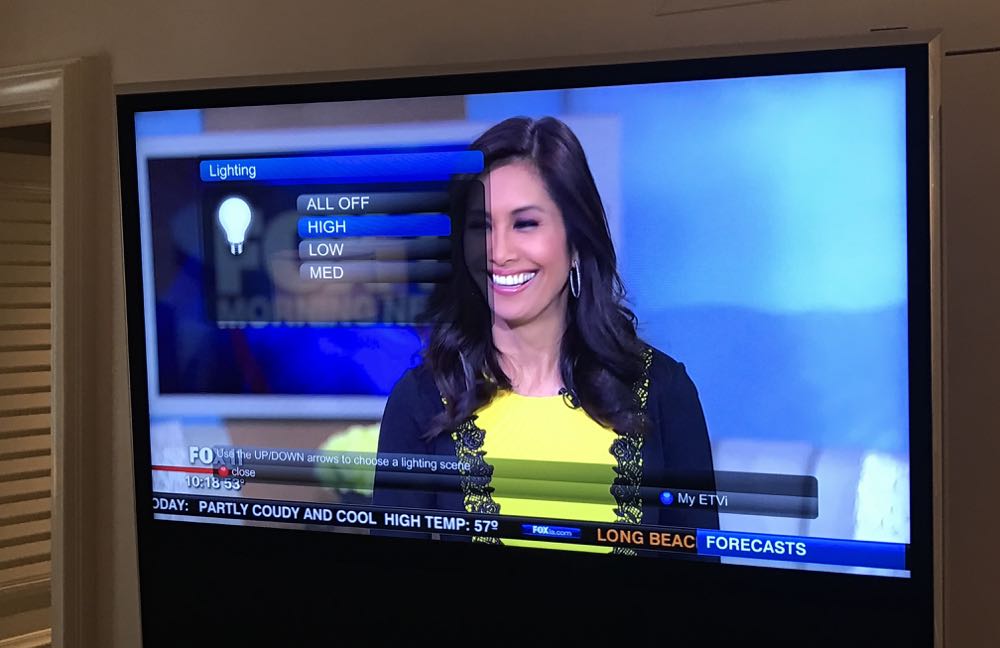 There are physical controls on the wall as well as an iPad in the room which gives the guest complete control right down to the music you want to listen to.

Even the TV screen has a short cut to the basic controls in the room.

You can also set scenes which adjust the lighting and the blinds.

The moment you leave your hotel room, while having left the TV and all the lights on, the system will put everything to sleep. 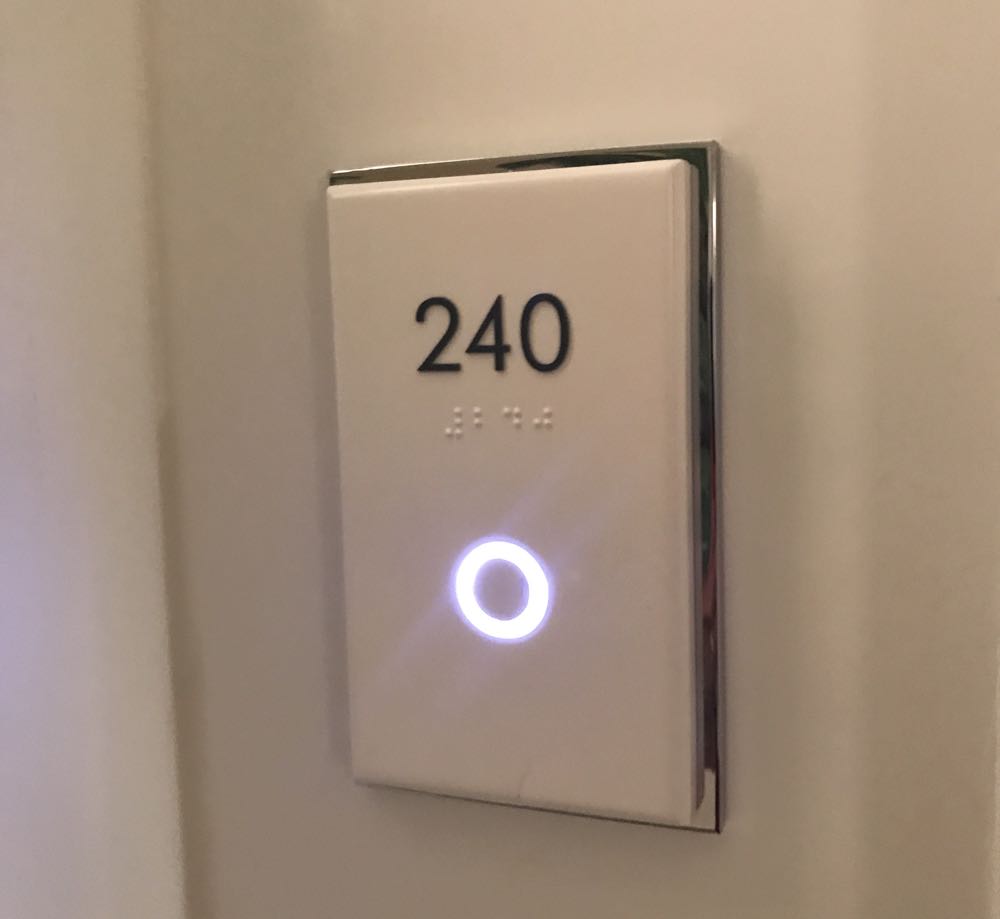 Putting the room to sleep includes automatically closing the blinds, dimming the lights and turning the TV off making sure the room doesn’t burn unnecessary energy. The second you come back in, the room springs back to life right as you left it.

When you go to bed, the system is smart enough to know that you’re still in the room and not moving very much so, given the time of day, it will rightly assume you’re asleep and turn the TV and lights off. 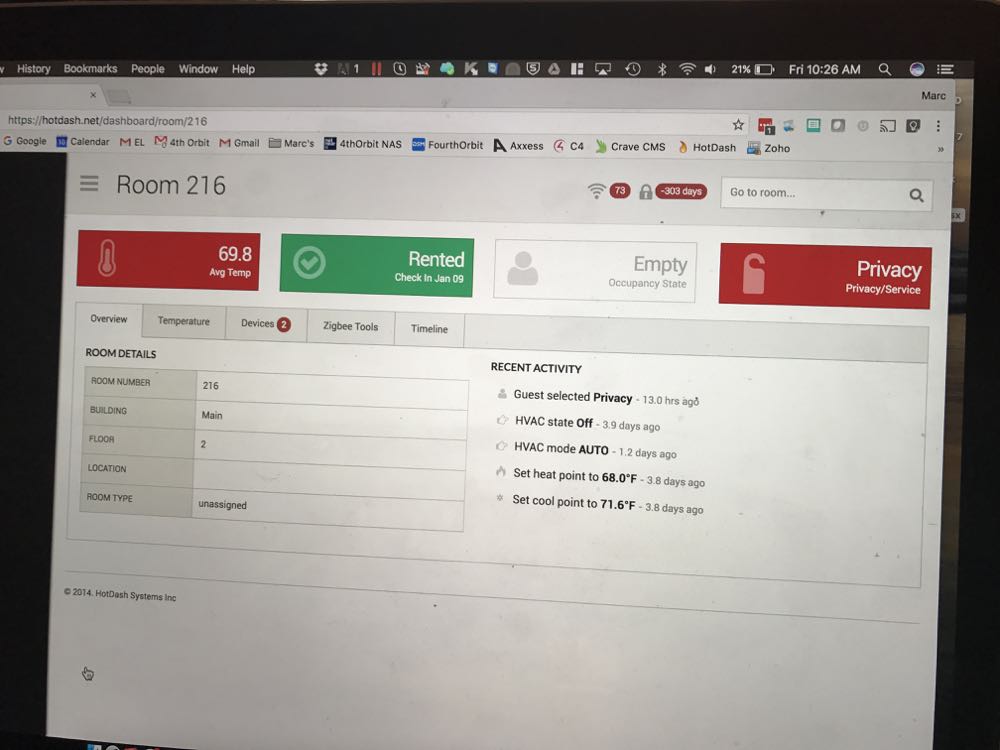 And if you need to use the bathroom during the night motion sensors will also light a path for you so you don’t bark your shins on the furniture.

This also makes cleaning the rooms easier as well because the hotel can see the rooms that are unoccupied as well as the room that have called for their room to be made up on a dashboard.

This makes the cleaning and housekeeping staff even more efficient. And with efficiencies come savings. 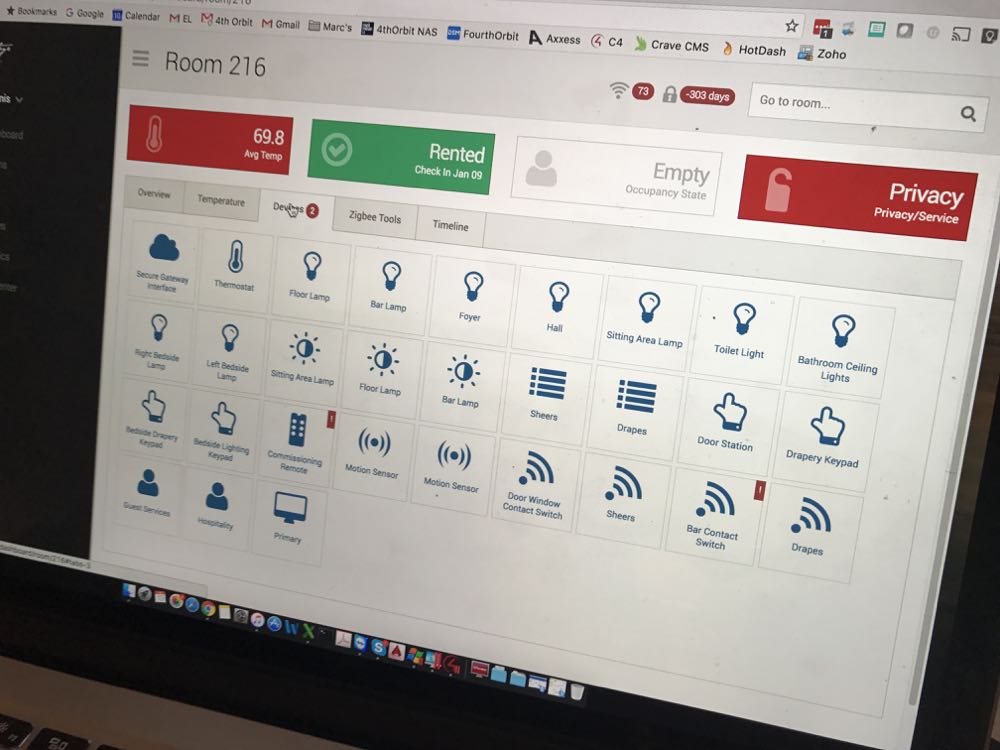 We were impressed by how much technology and detail is built into some of these hotels.

But Suite Control want to take hotel room control to a new level.

The company has been working with a luxury hotel brand that wants to implement voice control to their guestrooms in Australia. 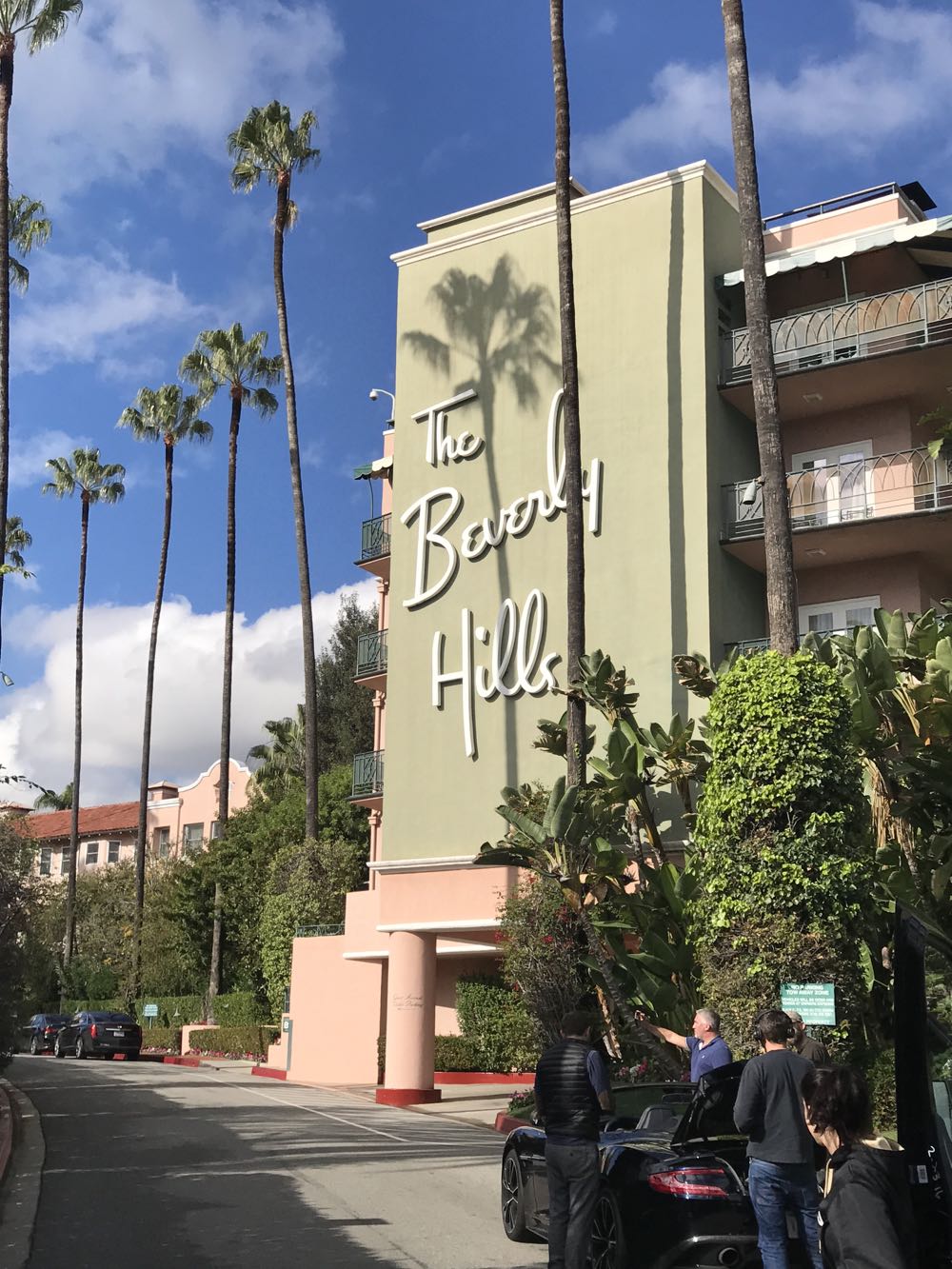 You will literally be able to talk to the room to get it to do what you want.

Amazon’s Alexa is already available as an option with the Control4 platform for home automation, and looks to soon be available for hotels.