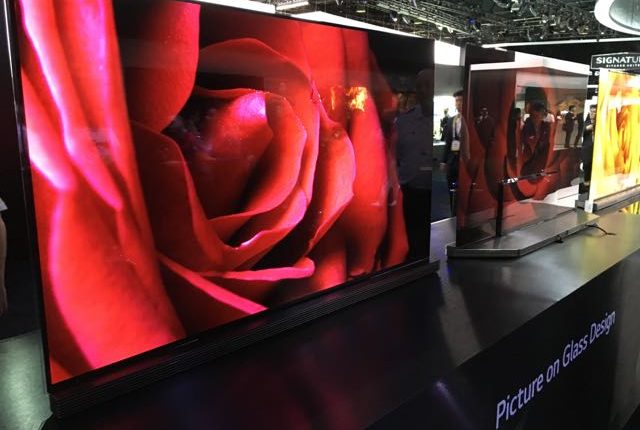 Tech Guide had a chance to take a closer look at the LG Signature products at the Consumer Electronics Show –  in particular the 4K OLED TV and the refrigerator that lets you see what’s inside without having to open the door.

These products were the among the highlights of the LG press conference in the eve of CES and we had a chance to get up close with the products on the LG stand at the Las Vegas Convention Centre.

The LG stand was jam packed full of attendees who all had the same idea I had – getting to see the new OLED (organic light emitting diode) TV up close.

Each of the LG Signature 4K OLED TVs were lined up in the centre of the stand so you could easily see the stunning picture as well as appreciate the clean look of the back of the panel.

We took a look at the 77-inch 4K OLED TV with the flat panel display positioned above a stand that also doubles as a soundbar.

One of the things that has to be seen to be believed is how thin the actual screen is. The OLED panel is just 2.57mm thick.

That’s half the width your smartphone and a hell of a lot thinner than a TV even a couple of years old. 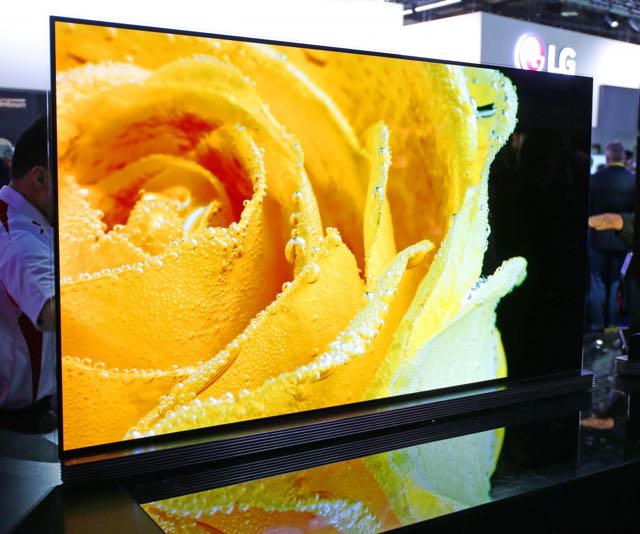 But what was intriguing about the TV was the panel of glass sitting directly behind the OLED.

I found out the LG OLED screen works fine without that glass backing but it was required anyway to give the impossibly thin OLED display some structural integrity.

You have to remember – these TVs have to be shipped in a large box so the screens need to be protected.

The rear of the panel has no inputs and is very clean and smooth. In fact, LG’s 4K OLED TVs had a print on the back of the TV so it could be a work of art no matter whether you’re in front or behind it.

The base the TV rests on has three functions.

One – it holds the TV upright.

Two – it has a fully featured soundbar speaker system inside it.

And three – that’s where the main circuitry of the TV along with the inputs and power supply are all located.

And if you want to mount it on a wall, the stand cleverly folds up and back along the rear of the display.

The stand would still run along the bottom edge of the TV so the speakers are still in the ideal position.

And in terms of the picture quality – we could only describe it with one word: Wow. 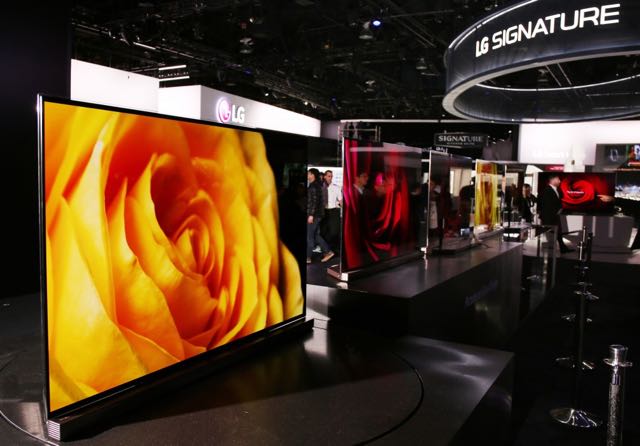 The black levels are remarkable and the colours really hit you between the eyes.

The entrance to the LG stand at CES had a domed area that was covered with OLED TVs side by side to simulate the night sky filled with stars.
When these TVs went to black between presentations they were absolutely pitch black like they were off.

No other major manufacturer has OLED TVs on offer and, with the quality and design LG has to offer, they will attract a lot of customers this year.

The LG Signature refrigerator doesn’t need a screen and an internet connection to be smart.

Over the years we’ve seen lots of gimmicky features built into fridges, but not a lot of extra practical ones.

LG has included two practical features in its 2016 Signature refrigerator.

The fridge itself is a four-door model – two main doors at the top for the main part of the fridge and two below for the freezer.

When you open the bottom draws the inside trays move towards you to make it easier to reach inside.

The main doors have a door-in-door design with the outside doors offering access drinks and other smaller items.

But how can you look inside without actually opening the fridge door and letting all of the cold air again. 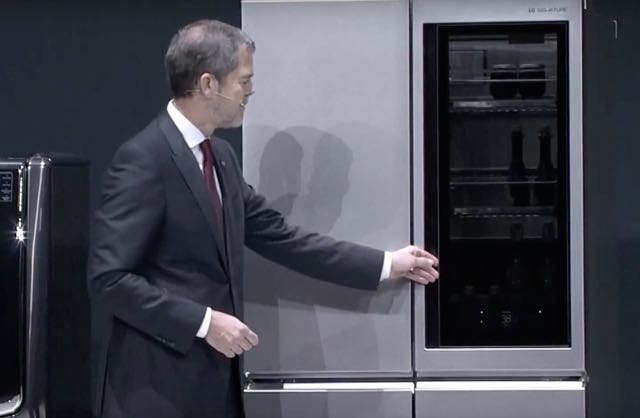 You can with one of those practical features we mentioned called Knock On.

On the right door is a black glass opaque panel. But when you reach over and knock on the glass it suddenly becomes transparent to reveal the contents of the fridge so you can now look all the way inside and see what’s there.

Bit what do you do when you really want to open the door this time but you’ve got your hands full of groceries or other items.

You can still open the door completely hands free by passing your foot in front of a sensor at the base of the fridge. 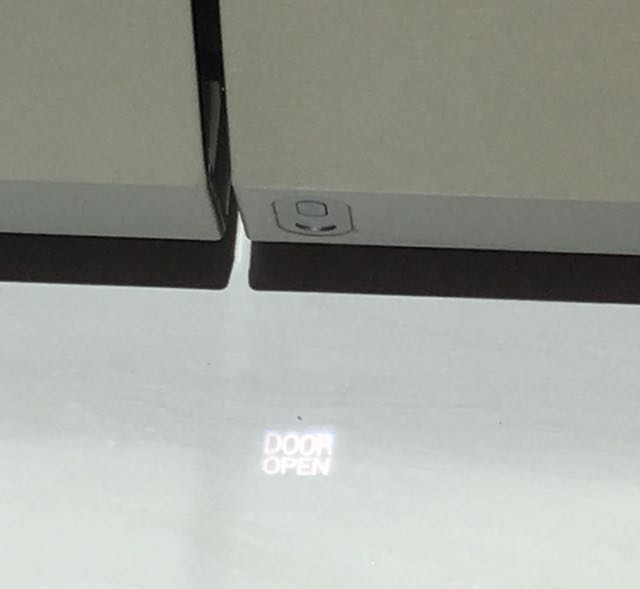 And you know exactly where to position your foot to open the door because the sensor itself projects the words Door Open on the floor.

And if you don’t end up opening it, the door will shut itself again after a few seconds.

* Stephen Fenech travelled to Las Vegas as a guest of LG.

Tech Guide’s look at the top health, beauty and fitness gadgets at CES

How Monster’s smartphone case can help you take better selfies