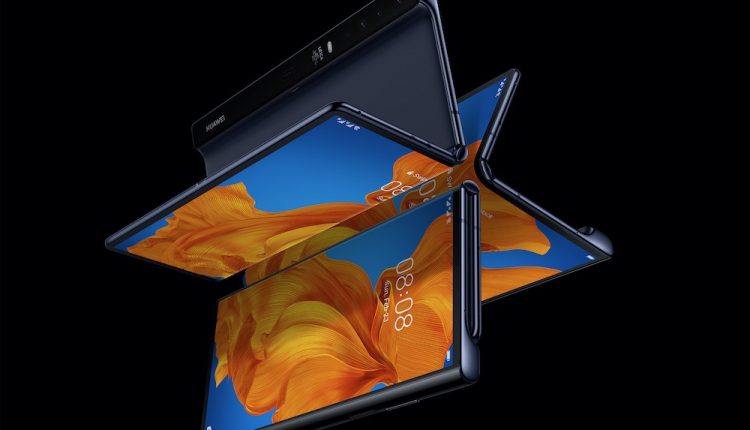 Huawei has just unveiled the latest version of its impressive foldable smartphone – the Mate Xs – and Tech Guide has taken a hands-on look at the device.

We saw the original Mate X at the 2019 Mobile World Congress and was one of the first to film a hands-on video of the foldable phone.

Despite the cancellation of Mobile World Congress 2020 over fears of the coronavirus, Huawei still pressed ahead with its announcement of the Mate Xs which is an update to the original model revealed a year earlier.

Tech Guide was able to take a hands-on look at the Mate Xs which might look similar to the Mate X but it has a number of subtle differences.

The device has the same specs as the first Mate X – a front 6.6-inch display and a rear 6.38-inch display which folds out to an 8-inch tablet size screen. 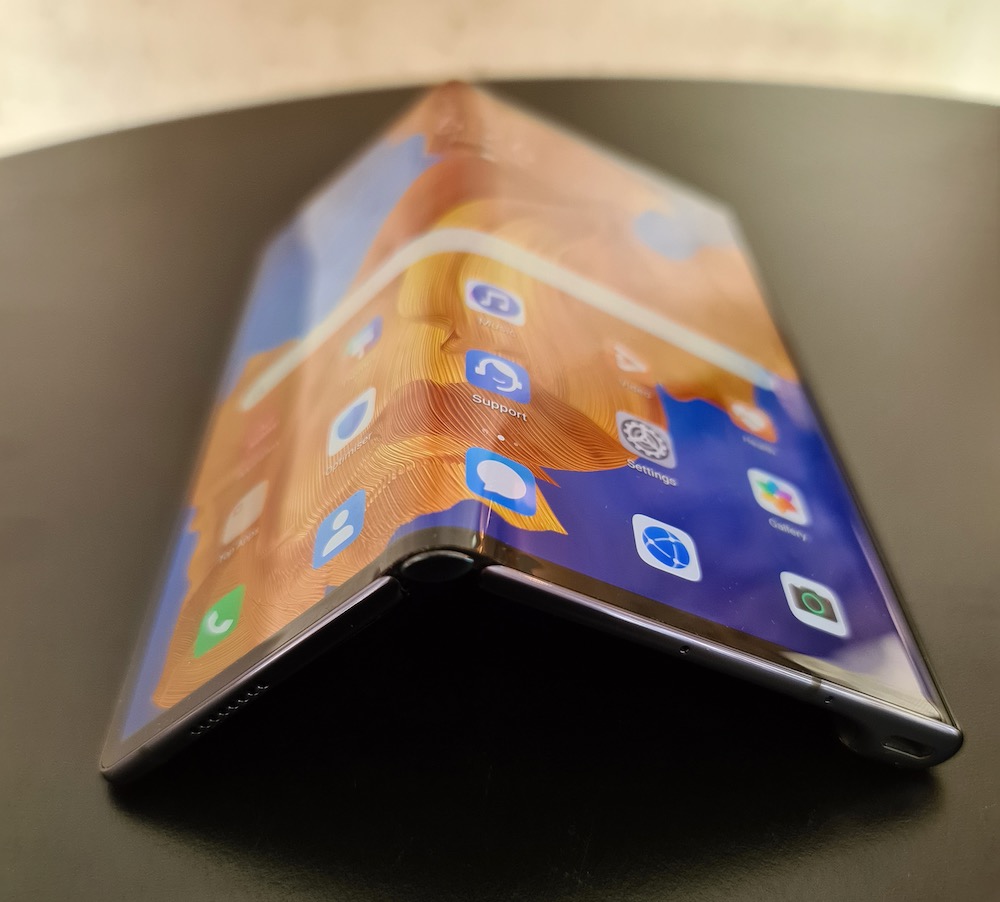 Unlike other foldable smartphones, the Huawei Mate Xs has a screen that forms the exterior of the phone and folds out to create that larger display.

In the folded position, the Huawei Mate Xs is remarkably slim and compact – not much bigger or bulkier than a regular smartphone.

The foldable screen is the outside of the phone and our immediate question is how durable the product can be when used as our daily driver being put in and taken out of pockets and bags and being opened several times a day. 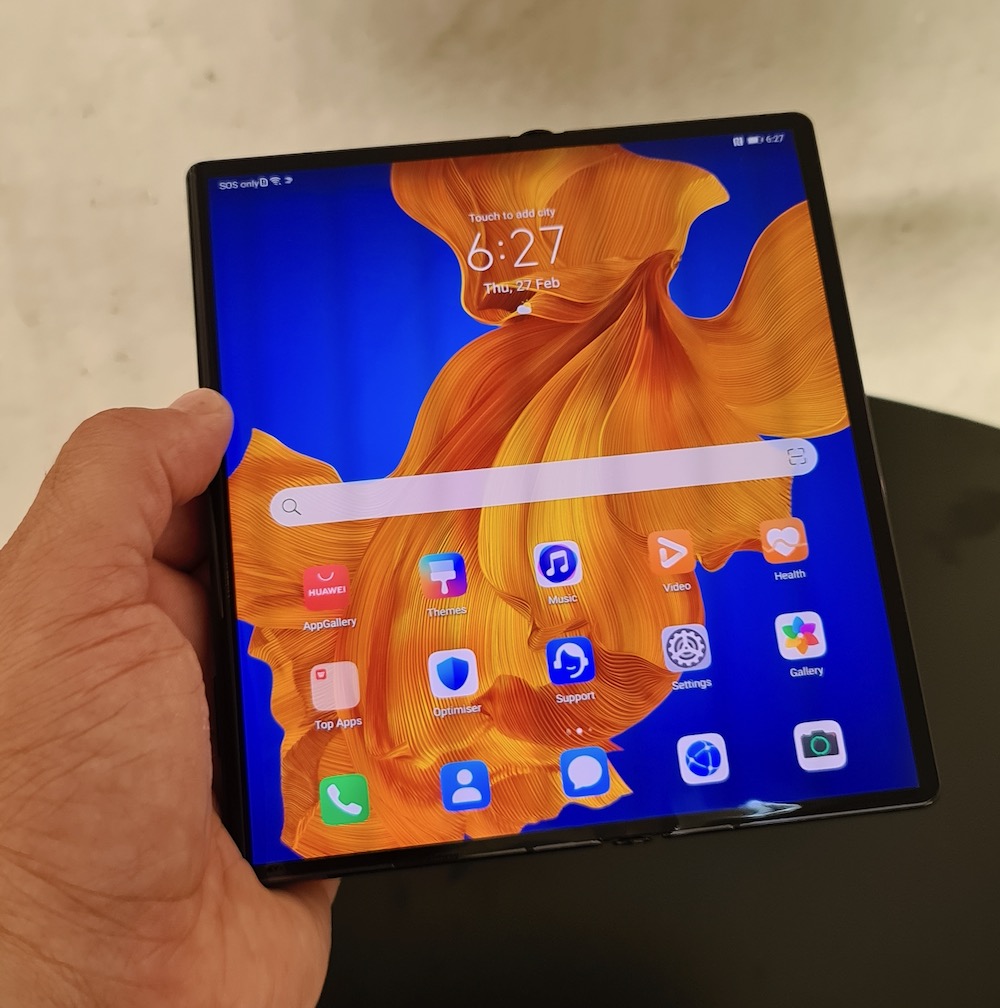 Huawei says the screen is made of a two-layer polymer that is sealed together with a clear adhesive which means it can not only offer impressive quality but also strength as well.

When you unfold the display – the screen is quite thin and sleek.

It has a handle that runs along one side of the screen that also houses the four-lens camera array. 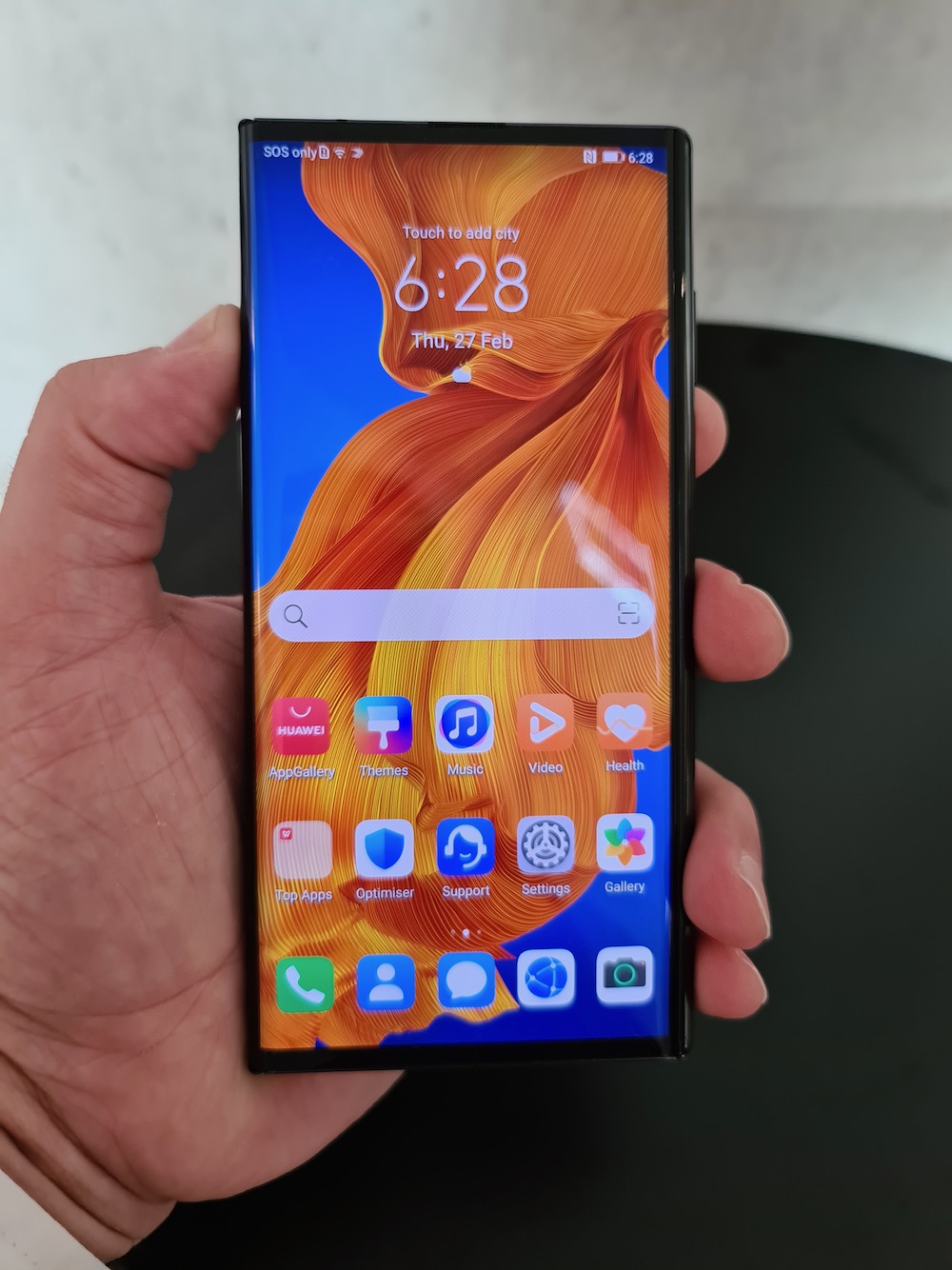 Opening the device is a lot easier with the Falcon Wing hinge mechanism.

It felt a lot smoother and required less effort to fold it out flat when compared to the original Mate X which didn’t make it to market.

Speaking of the hinge – which has more than 100 interlocking parts – it has a slightly different look with an oval-shaped cap on each end of the hinge to keep debris out. 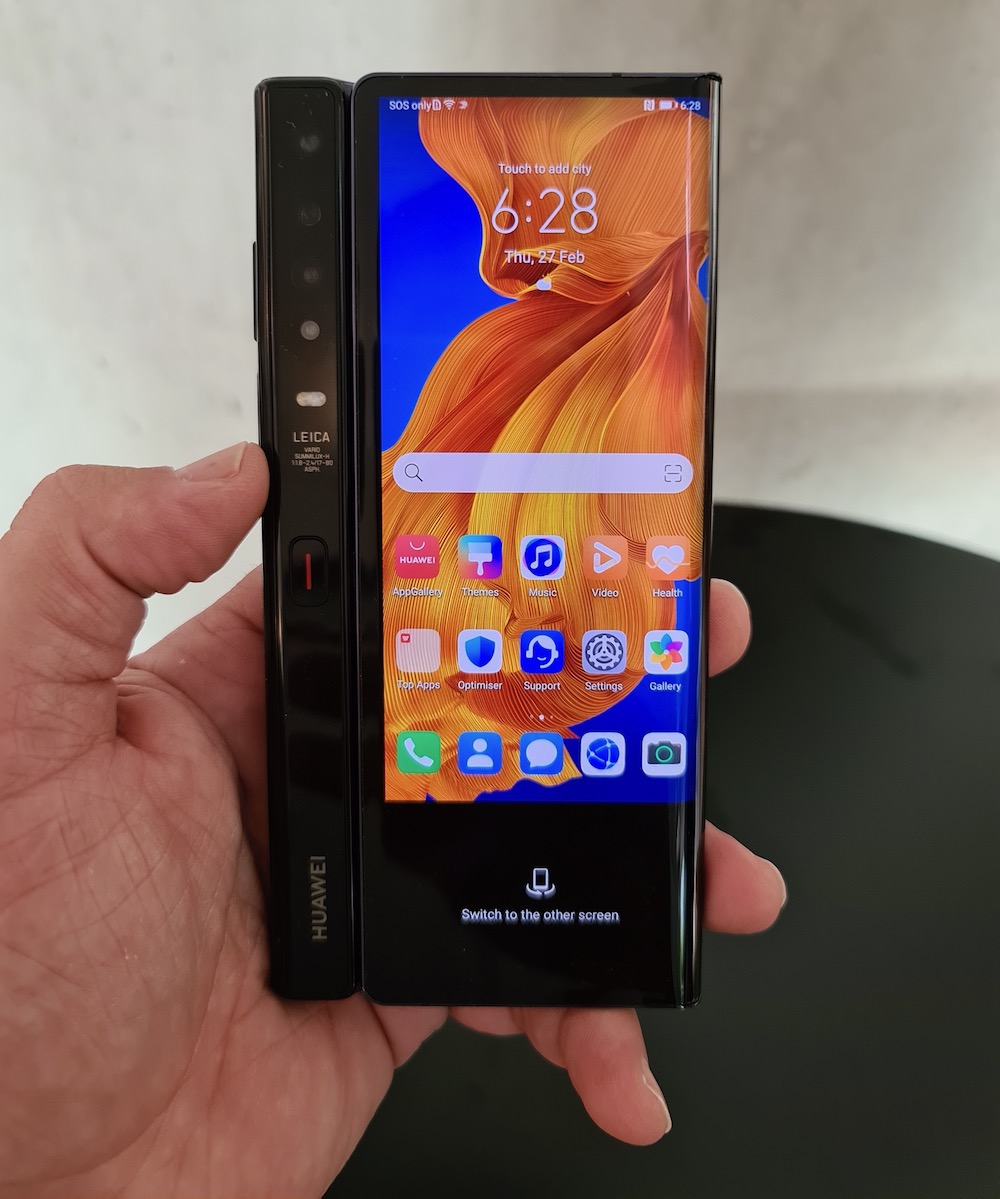 There’s no doubt the Huawei Mate Xs is one of the most interesting foldable smartphones that have been released.

But the issue for Huawei, despite having incredible hardware like the Mate Xs, is the fact it doesn’t have a licence to run the latest version of Android, the Google Play Store and any Google apps like YouTube and Google Maps because of the US trade black ban.

Huawei says most of the apps on an Android smartphone will run on a Huawei device if transferred using Huawei’s very own Phone Clone app.

But even then not all apps will be available.

Huawei is hoping its App Gallery – which now happens to be the third largest App Store in the world behind the Apple App Store and the Google Play Store – will grow well beyond its already 400 million-strong user base and attract the latest apps.

This lack of Google apps also means the device won’t be supported by the Australian telcos. 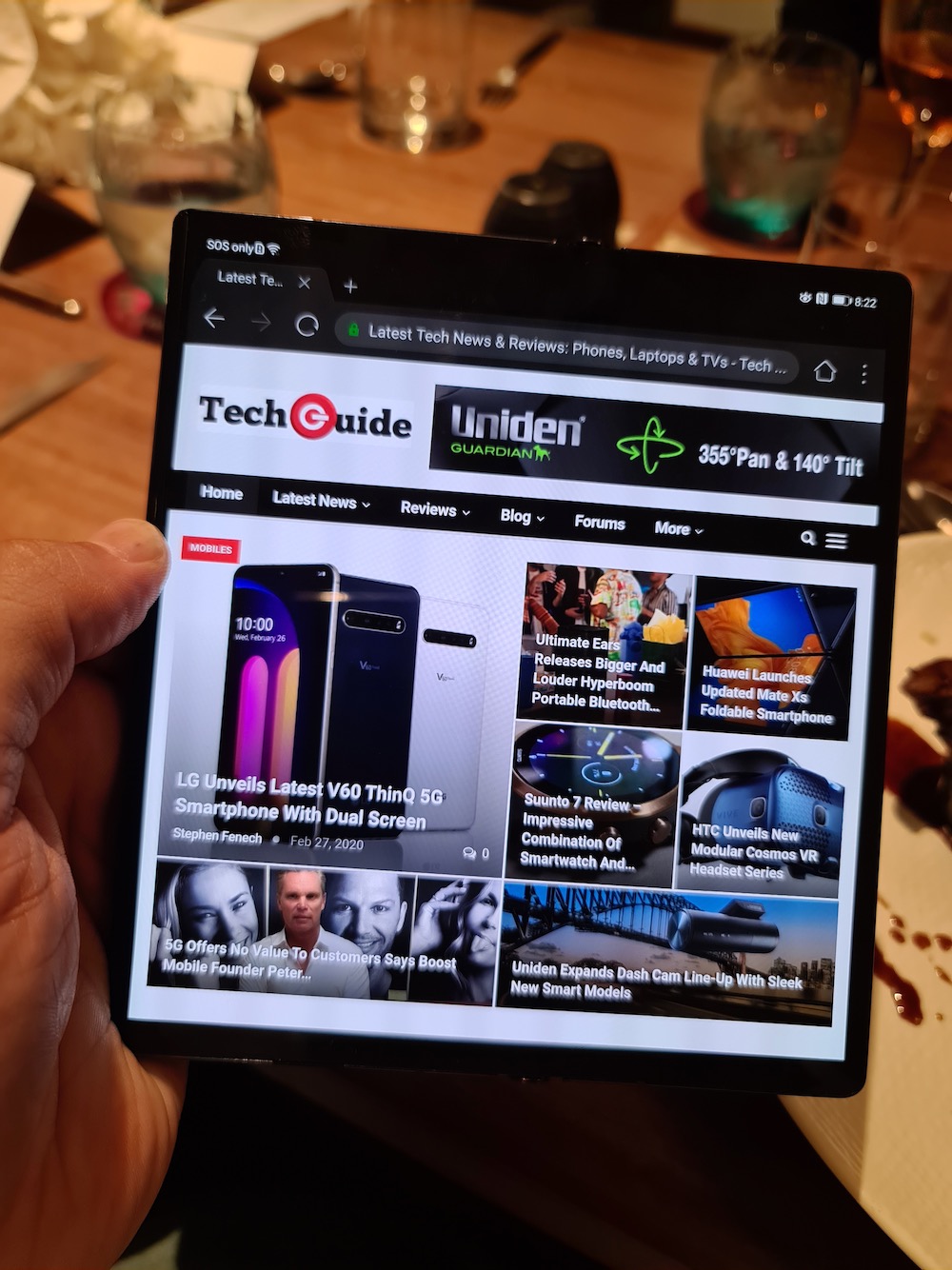 The company faces a similar problem when the Huawei P40 Pro is announced at the end of March.

But Huawei says it is not going anywhere. It is determined to meet these challenges head on and release cutting-edge new smartphones. 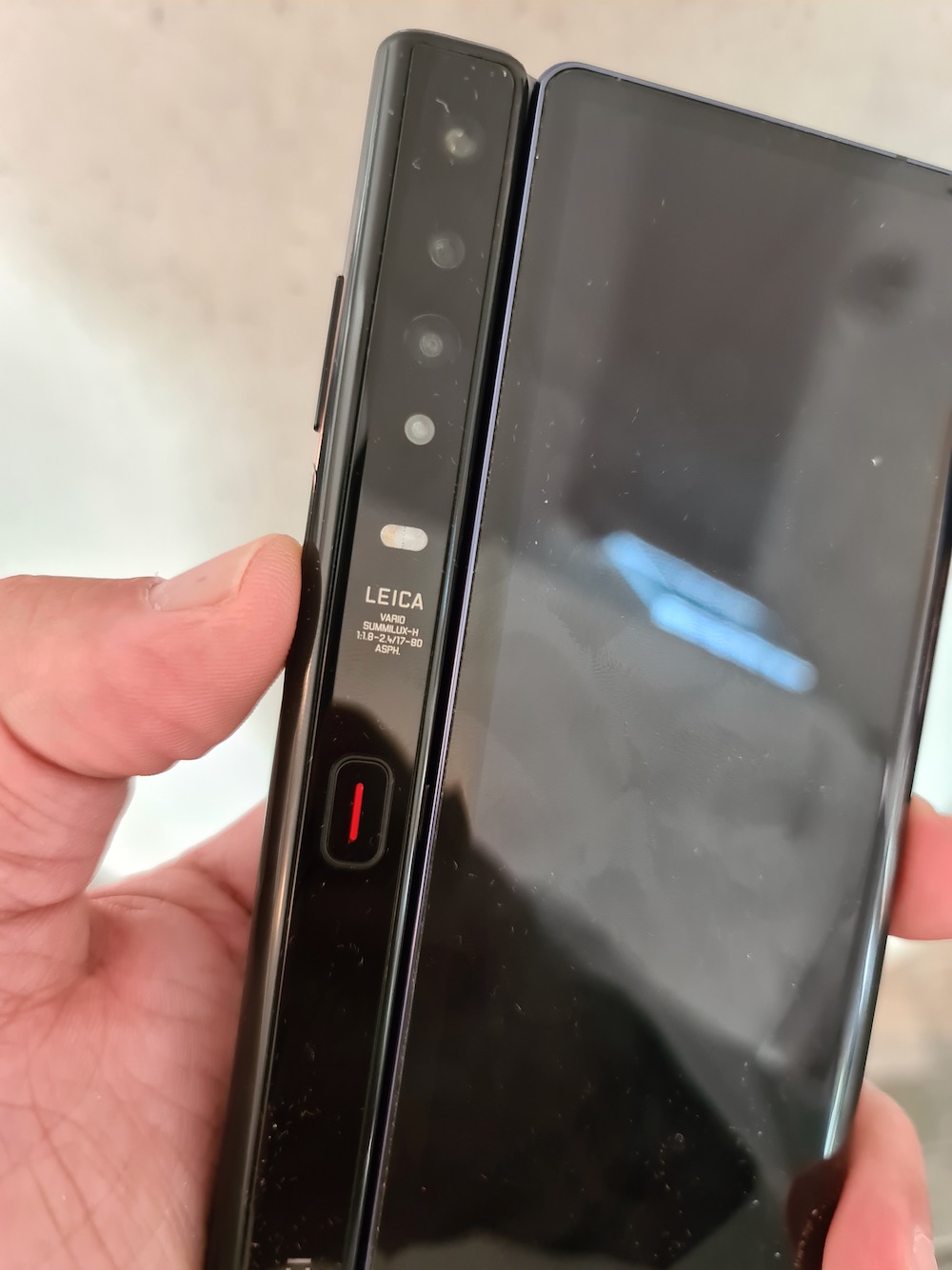 The Mate Xs is expected to be released in Australian April. No pricing has been announced – but it won’t be cheap.