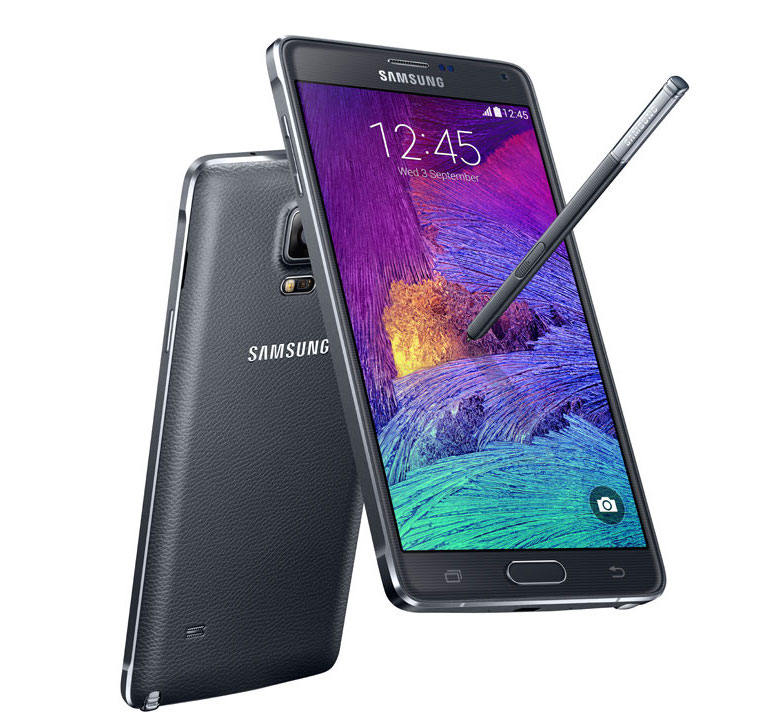 Samsung has unveiled some impressive mobile and wearable products at IFA in Berlin including the Galaxy Note 4, a curved smartphone and a virtual reality device.

Revealed at the Unpacked event in Berlin on the eve of IFA – Europe’s biggest consumer tech show – was the fourth iteration of the Note smartphone series – the Galaxy Note 4.

Samsung also ventured into all-new territory when it introduced the Galaxy Edge smartphone – the first to include a curved screen.

On the wearable front Samsung launched two new devices – the Gear S smartwatch which features a curved 2-inch AMOLED screen and the Gear VR – a virtual reality viewing system that you wear like a pair of goggles.

The Galaxy Note 4 has been packed with a number of new enhancements that make even better use of the device’s larger screen and S Pen.

On the design side the Galaxy Note 4 has steel edging and textured leather-like back panel.

The S Pen – which slides out from the bottom edge of the device – can now be used like a mouse on the screen to drag and drop as well as select multiple files in the same way you would on a computer.

Also included with the S Pen, which now has double the pressure sensitivity of the previous model, are two new pen strokes – fountain pen and calligraphy pen – for even more choices when writing notes or creating documents.

The responsiveness of the Galaxy Note 3 has also been enhanced so the experience of writing on the screen is just like writing on real paper.

Also onboard the Note 4 is a new feature called Snap Note where users can take a picture of a whiteboard or a sign and have that text converted to an editable note.

The Galaxy Note 4 has also inherited the fingerprint sensor from the Galaxy S5 for added security and also charges 30 per cent faster than the Note 3.

In fact, you’ll be able to recharge the battery to 50 per cent capacity after just 30 minutes.

Samsung has literally taken a new approach to the smartphone screen with the Galaxy Note Edge.

The right edge of the device has a curve that users can scroll and interact with while not interrupting what they are doing on the main screen.

The Galaxy Note Edge has the same screen resolution as the Galaxy Note 4 at 2560 x 1440 with the curve adding an extra 160 pixels to the right side.

The curve can be used independently to access widgets, apps and to view notifications while enjoying uninterrupted use of the main screen.

While watching a movie, for example, the curved edge can scroll notifications and other information.

The Note Edge also has an S Pen and has roughly the same design and dimensions as the Galaxy Note 4.

Samsung also plans to release a number of covers and cases that will have a small window to access the curved portion of the display to operate the device while its still inside the case.

The Samsung Galaxy Note Edge is being classed as a niche product and won’t be released in every country.

Australia, one of the top tier territories for Samsung, is likely to be included in the release schedule later this year.

Samsung has expanded its reach into the rapidly growing smartwatch market with the Gear S which has a curved 2-inch AMOLED display.

The device also has room for a nanoSIM card and will be able to connect for calls and messages without being paired to a smartphone.

Operators will decide later this year whether they will allow the same number to be accessed from separate SIM cards.

In the case of the Gear S, it would mean users could make and receive calls and text messages from their own number instead of from a secondary number.

The device’s screen shape curves to fit the user’s wrist and offers a lot more room for reading and scrolling text on the screen.

The added space also makes it easier to type on the Gear S screen.

Running an updated version of the Gear 2’s operating system, the Gear S only pairs with Samsung smartphones and has interchangeable straps to easily customise the look of the device.

One feature you won’t find on the Gear S is a camera as the new curved screen design as used up all of the space.

Samsung has boldly entered the virtual reality space with the Gear VR that is worn on your head like a pair of goggles to provide an immersive viewing or gaming experience in 2D and 3D.

But rather than including a screen with the Gear VR and driving its price even higher, Samsung decided to make the device work with the Galaxy Note 4.

Users clip the Note 4 into the Gear VR which can then display content in the right format to provide a personal cinema-like experience.

The device was created in partnership virtual reality device company Oculus and will have its own dedicated store where users can access content that compatible with the Gear VR.

Users can enjoy a 360-degree view of special created content like games and movies with the user simply turning their heads to look around in this virtual world.