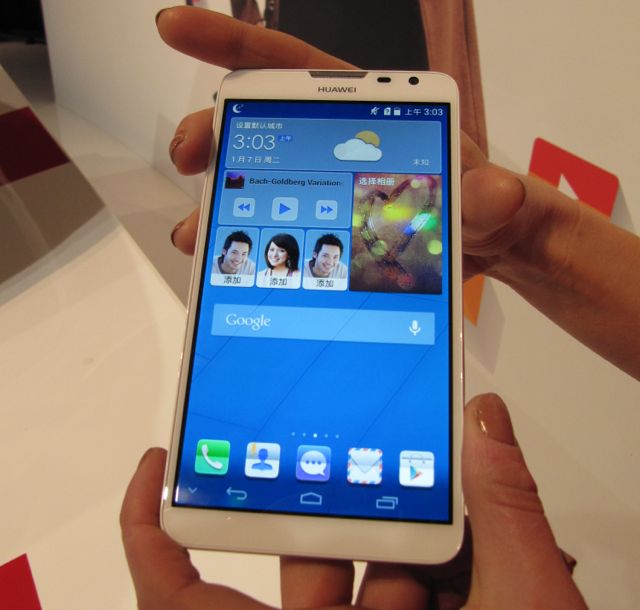 Huawei has taken the “bigger is better” approach with its new Ascend Mate2 smartphone which has a full high definition 6.1-inch screen and a two-day battery.

Unveiled at the company’s International Consumer Electronics Show press conference in Las Vegas, the Huawei Ascend Mate2 is 9.5mm thick and has a 13-megapixel camera along with a 5-megapixel front-facing camera.

The device has a 79 per cent screen to body ratio so its 6.1-inch display actually looks a lot smaller than you’d think.

The large screen make it easy to browse web pages, documents and your own digital content.

Also onboard the Ascend Mate2 is Huawei’s proprietary Emotion UI (user interface) which enables things like one-handed operation despite the larger screen.

Multitasking is also made easier with Floating Window so users can access a second app like notes, calendar or messages while another application is running.

Users can also access a driving mode when they’re on the road which enables the device to respond to voice commands.

Self-conscious selfie shooters will also be please with the Auto Face Enhancement feature to ensure they are looking their best.

But it is the battery performance that is sure to excite power users.

Huawei says the onboard 4050mAh battery can run for up to two days on a single charge.

There is enough power to watch six downloaded movies or listen to 100 hours of music before you need to reach for the charger.

There has been no announcement on when the Huawei Ascend Mate2 will be available in Australia.