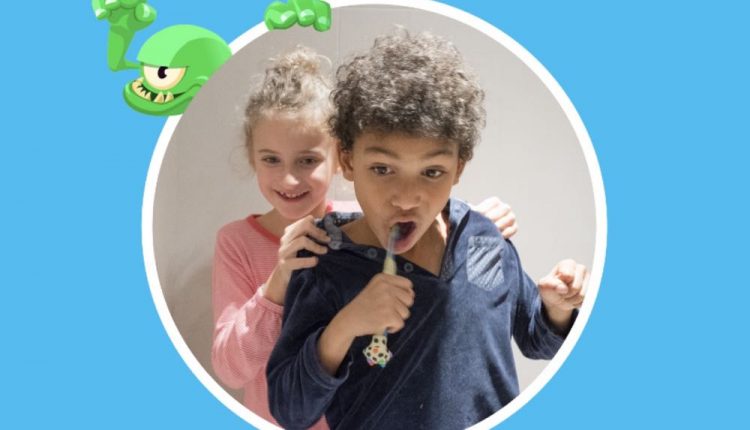 Any parent will tell you that trying to get your child to brush their teeth ids a challenge and getting them to brush long enough is even harder but a new augmented reality toothbrush called Magik just might have solved that problem.

Produced by Kolibree, the Magik toothbrush turns brushing into a game so they can earn points and be rewarded the longer they brush.

Instead of using a mirror, the child can see themselves in the companion app and an imaginary set of gums.

As the child brushes, they have to eliminate the creatures on the part of the screen that matches different parts of their mouth.

The Magik toothbrush has computer vision onboard so it can estimate the position of the toothbrush in the child’s mouth along with the movement.

The app then directs them around those cartoon gums so they can clear away the animated germs.

When this is completed the augmented reality portion of the app comes in to play and they can see themselves wearing virtual masks and hats.

These can also be saved as photos so they can keep track of what they’ve earned and share them with their friends. 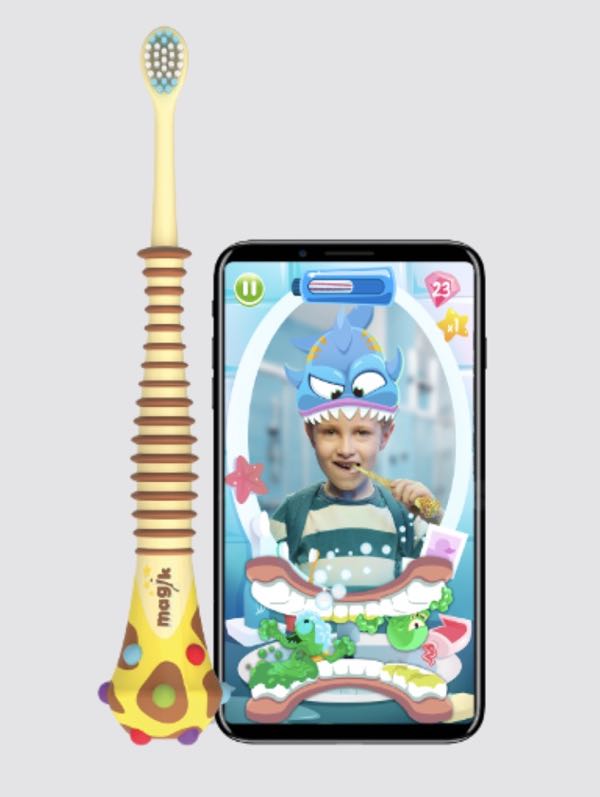 The gaming approach by Kolibree to brushing has been praised by dental professionals and clinics as having a positive impact on kids’ dental health.

Magik Augmented Reality toothbrush from Kolibree will be released in the coming months.

Alcatel offers a sneak peek at its 2018 range which will all have 18:9 displays