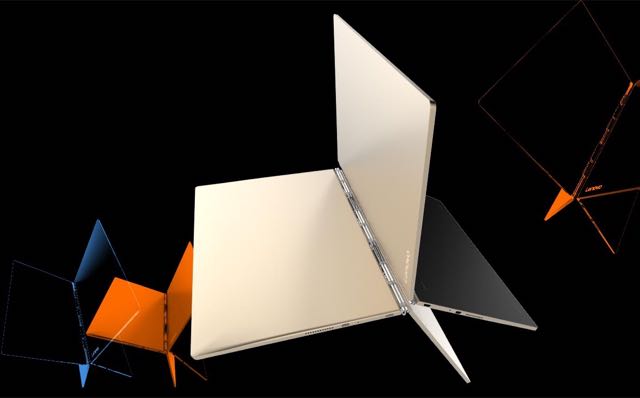 Lenovo Yoga Book combines a tablet, laptop and sketchpad like never before

There have been plenty of attempts at combining a tablet and laptop but Lenovo has come up with a new product – the Yoga Book – that takes an entirely new and innovative approach.

The device, unveiled at IFA in Berlin, has two panels that are hinged together. On one is a 10.1-inch display and on the other is what appears to be a giant trackpad.

But it is actually a touch sensitive panel like a Wacom tablet that can be used to digitize writing and drawings on the screen.

Users can also place a piece of paper on the panel and whatever they write or draw with a real pen is also transferred digitally as well.

And if you need a keyboard – it can transform into that too.

In this mode a halo keyboard appears on the flat panel and users are able to receive haptic feedback when they type like they would with a physical keyboard.

The hinge is similar to the one found on Lenovo’s popular Yoga laptops which means the screen can be completely folded back on itself and be used like a tablet. 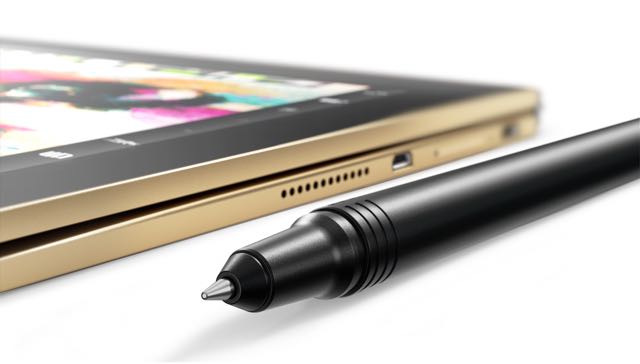 The Yoga Book will be offered in two versions – Android and Windows – and they will go on sale in October.

The Yoga 910 is just 14.3mm thick and has Intel’s latest 7th generation Core i7 processor under the hood to make it one of the most powerful convertibles on the market.

Customers will have the choice of either a new 4K display or full high definition screen which has a nearly invisible 5mm bezel.

The Yoga Tab 3 Plus will be priced at $599 when it goes on sale in October.