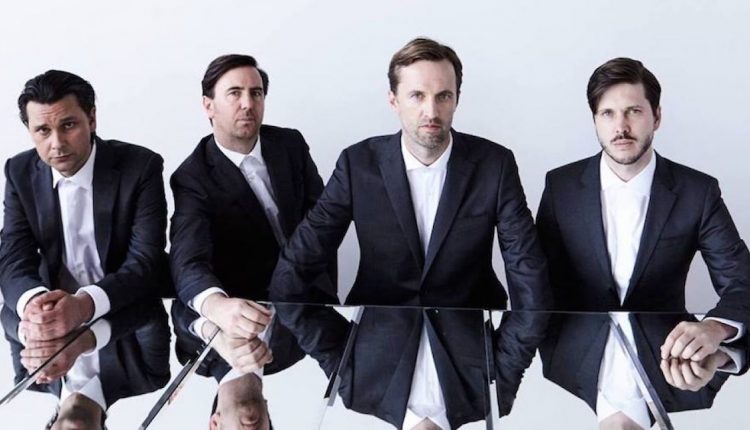 Can Artificial Intelligence help you come up with a hit song? Dan Whitford, frontman for Australian synth-pop band Cut/Copy certainly thinks it might be possible.

“I honestly think so,” Whitford said in his interview on the Tech Guide podcast with editor Stephen Fenech.

Musicians for decades have been trying to crack the code for coming up with a No 1 hit and Whitford says AI could be the answer.

In fact, it is already being used by some musicians.

“There’s already some artists that are delving into using AI to develop ideas within their music so essentially leaving some of the song writing to a computer to create.

“I know there’s an artist – Holly Herndon – who’s quite interested in that in that phenomenon  of using AI to write music.

“I think her recent album a large part of it was written using this AI programmes to write songs.

“But I definitely can imagine that.”

Herndon did in fact create an AI bandmate called Spawn to create automated forms of songs and uses machine learning to come up with sounds.

But Cut/Copy’s Whitford sees another possibility of coming up with hit using technology.

“If you look at the just the way the Internet works, the way people’s listening habits work – it’s all governed by an algorithm,” he said.

“Obviously if that algorithm is telling you a certain type of music is doing well, you can imagine then creating some kind of programme that uses the algorithm for what people like and then write music that it thinks people might like.

“Whether or not that that will actually work well or not I can definitely imagine that possibly happening in the not too distant future.

“Hopefully it’s not very good, that’s all I can say otherwise it’ll put us all out of a job.”

But Whitford says technology has its place in music and can empower artists to express themselves and record their songs in high quality – but it still all comes down to talent, passion and plain old hard work.

“The technology is really important for facilitating ideas and getting you to your end goals but you still need to go in with inspiration and with a bit of drive and a bit of purpose,” he told Tech Guide.

“There are things that technology can’t help you with. If you don’t have that then you’re never going to make something interesting.

“But I think there’s some non-negotiables there regardless of what technology is doing but it definitely makes things easier.”

“It (technology) makes things a lot more affordable which is a big issue with bands where a lot of artists might be really great musicians but they couldn’t afford to get in the studio to record or to record things properly.

“That’s a barrier to you  progressing with your music.

“Now if you buy a Mac computer it comes with GarageBand, it comes with all these things that basically allow you to turn the music that you make into recorded piece .

“There’s these levels of different technology that might potentially enhance it more or less but essentially the ability is there.

“If you have a computer you can actually record your own music and more or less have a finished product ready to go.”

You can hear the entire interview with Dan Whitford in Tech Guide Episode 417. Click on the player above to listen to the show.