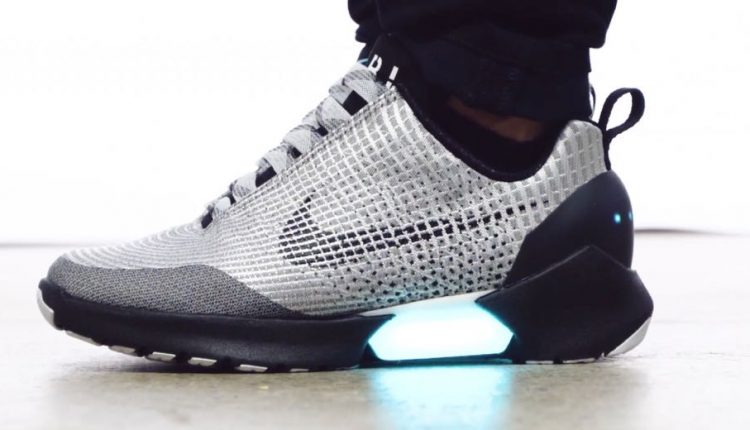 Great Scott! Nike shoes with power laces will go on sale this year

Remember Marty McFly’s amazing self-lacing Nike sneakers from Back to the Future II? Well, Nike will start selling the real thing for the first time later this year. Great Scott!!

In the 1989 film Back to the Future, we see the Nike shoes with power laces when Marty McFly and Doc Brown’s find themselves in the year 2015 after a trip in the time-travelling De Lorean.

The Nike HyperAdapt 1.0 is here and it’s real and customers will be able to buy them on November 28.

The self-lacing shoes work with an internal cable system that wraps your foot and tightens to create the right fit.

They can be adjusted using two buttons on the tongue and the LED lights in the heel show when the shoes are being tightened and when they are low on battery.

That’s right, these shoes need to be charged. Add that to the list of devices you need to remember to charge each day.

According a report by Wired, the shoes shape to your foot through the lace engine on the sole of the show which tightens and loosens the cables. 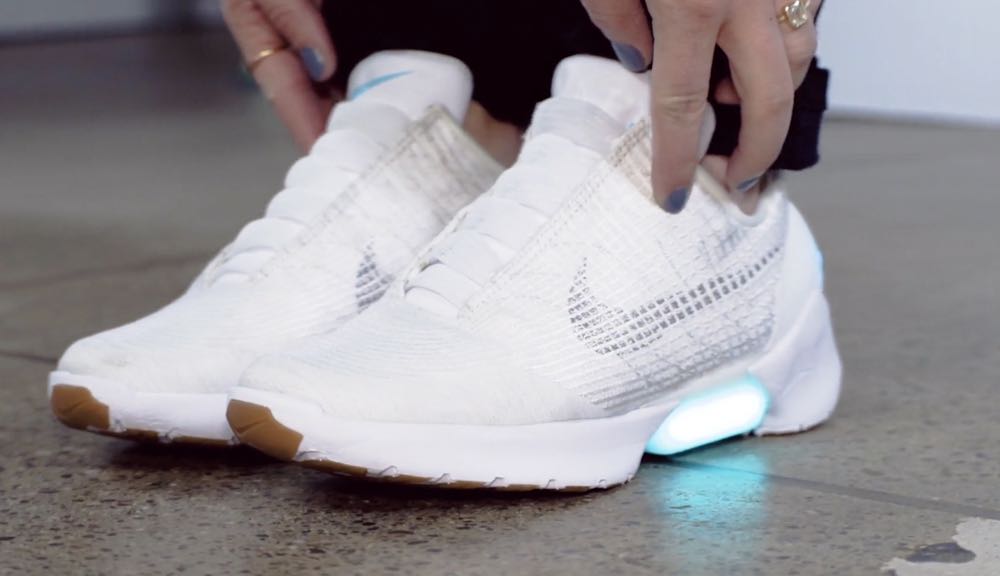 In the Back to the Future movie, when Michael J Fox playing Marty McFly slipped on the Nike shoes with power laces there were a number of crew members off camera who pulled on a series of wires to make it appear the shoe’s laces were adjusting to his feet.

But now realty has caught up with the concept.

There is no indication about pricing for the Nike HyperAdapt 1.0 sneakers but we’re not expecting them to be cheap.

Tech Guide is planning to get their hands (or should we say feet) on them for a test drive when they are launched.