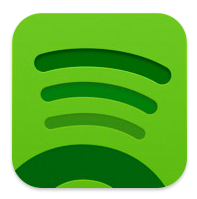 With more than 20 million tracks in its portfolio and tens of thousands of new songs being added every day, Spotify realised users needed a better way to be connected to music that would suit their interests and tastes.

And from artist side, especially new artists, they wanted their music on Spotify to be heard by as many of the service’s millions of users as possible.

To help facilitate this, Spotify will introduced Follow and Discover features early in 2013.

One way many of us find new music is from the recommendations of friends.

The new Follow tab will give listeners a chance to receive suggestions from friends, the artists themselves and other key influencers like celebrities, journalists and other trendsetters.

Some of the people you can follow vary between US President Barack Obama and Katy Perry.

When a user chooses to follow someone they get to see what music they have been listening as well as a glimpse at all of their recommendations.

Under the new Discover tab, a Spotify user’s landing page will be filled with intelligent suggestions based on your listening taste and listening habits.

These suggestions will include new music from the artists you already know and all the playlists shared by the people you follow.

And it isn’t just rows and rows of album cover tiles. Spotify has populated the Discovery page with suggestions that are accompanied with content like a bio and notes explaining why this particular artist will appeal to you.

These features were announced at a special event in New York overnight hosted by company founder Daniel Ek.

There are more than 20 million active users and more than 5 million paying subscribers.

Spotify originated in Sweden and is now available in 17 countries including Australia, US, UK, Finland, Norway, Germany, New Zealand and Austria.

You can get unlimited use Spotify for free with an ad-supported service on your desktop or laptop or move up to an ad-free service for $6.99 a month.

There’s also a Premium service for $11.99 a month which allows users to access the ad-free Spotify service on all of your computers and mobile devices.