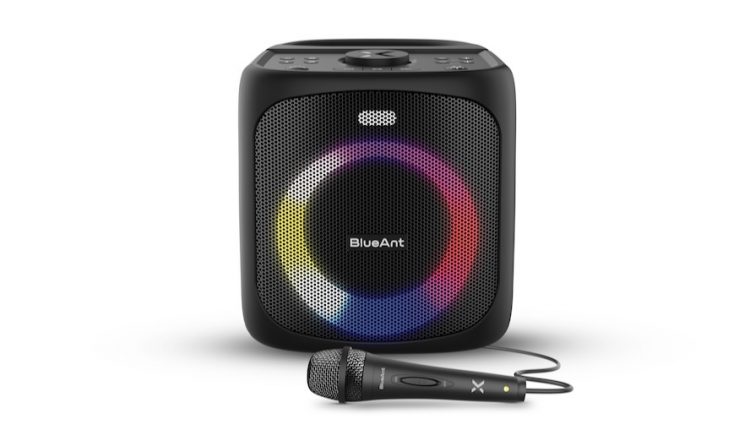 BlueAnt turned plenty of heads when it released the X5 party speaker, but it has grabbed our attention once again with its latest X4 which might be smaller but still packs quite a punch.

The Australian company says the X4, priced at $299, is pound-for-pound the best speaker it has created.

The X4 has 50W of power and is the latest in the X Series of portable speakers and is built to be the life of the party at your next picnic, barbecue, at the beach, by the pool and its equally at home indoors as well.

The X4 has inherited the same intelligent lighting system that was featured on the X5, so the lights change and pulse to the music.

There are five different light modes to choose from – or you can turn it off altogether.

Also onboard the BlueAnt is the patented Psycho-acoustic bass extension, so you’ll be able to feel the music as well.

Its size and shape make it easy to fit on a shelf, on the floor, in the corner, in the boot of your car and anywhere you need to get the party started. 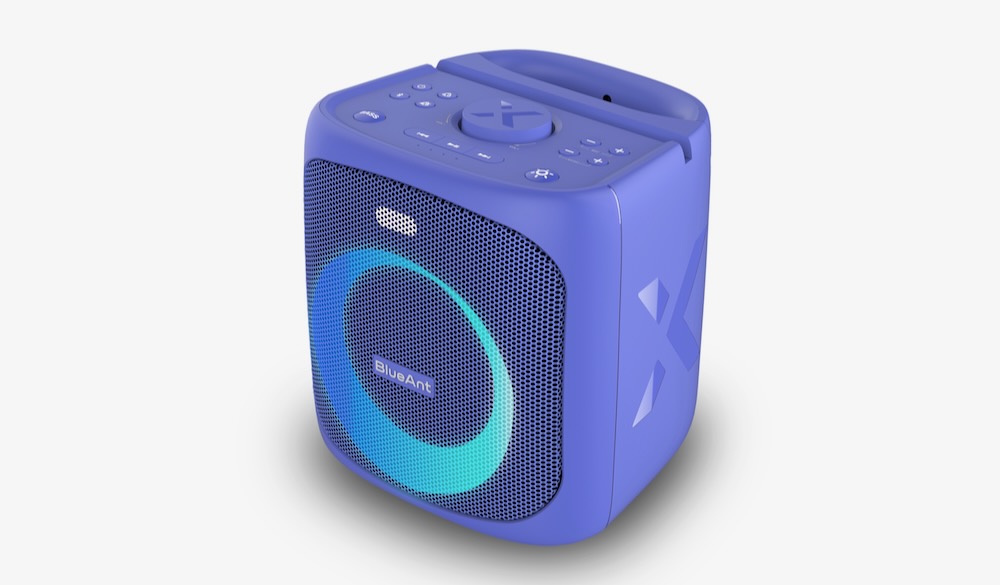 X4 has light-up controls on the top panel so it’s easy to control even in the dark for you to manage the music, the volume and lighting effects.

The X4 has an IP54 rating which makes it splashproof so you can use it confidently outdoors.

It also comes in a range of vibrant colours – black, teal, pink and purple. 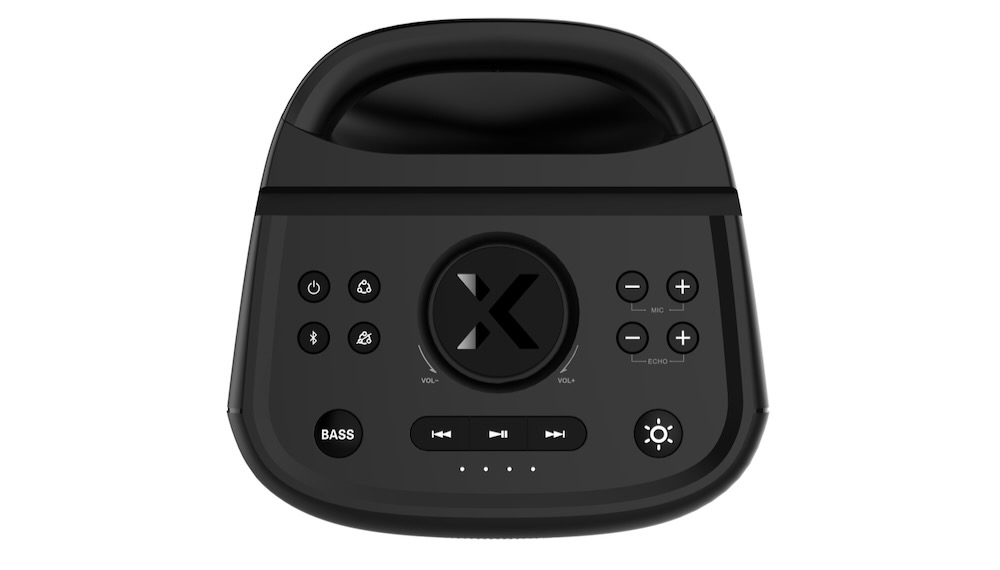 The speaker also comes with a matching microphone with a XLR cable with dedicated microphone volume and echo effect controls.

This comes in handy If you fancy yourself as a singer or if you need to use the BlueAnt A4 is a mini-PA system to make speeches at a party or an announcement at a meeting.

But one feature that sets the X4 apart is its ability to be paired with up to 100 other X4 speakers to create an even larger sound.

We tried this with three X4s and it sounded like we were holding our own concert. 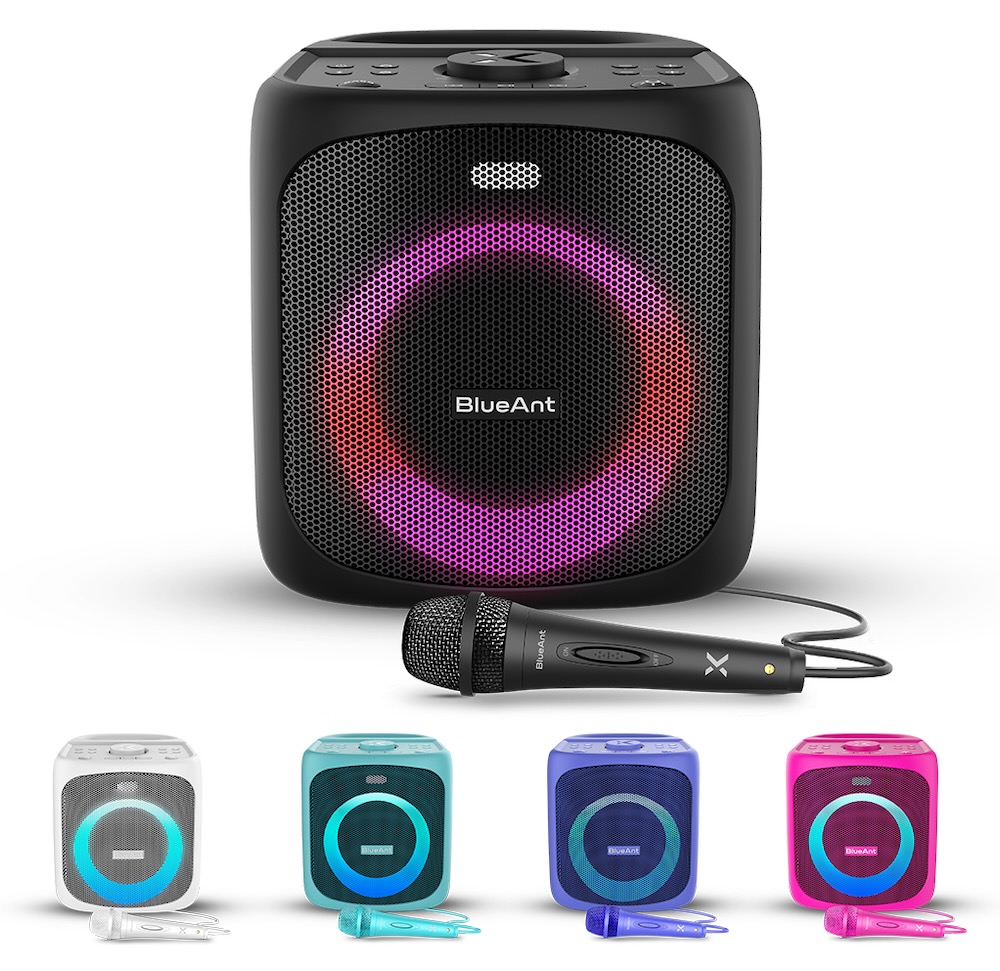 Audio quality on its own is impressive with nice clarity and volume and with that delightful punch of bass.

No matter what type of music you’re listening to, the BlueAnt X4 sounds great.

So, you can imagine having several of these speakers linked.

Each speaker needs direct line of sight to the nearby speakers with Queen Bee speaker (the first speaker connected to Bluetooth) being in charge of the music, the volume and the bass boost.

The X4 can play for up to 12 hours on the internal rechargeable battery or continuously while plugged into power. 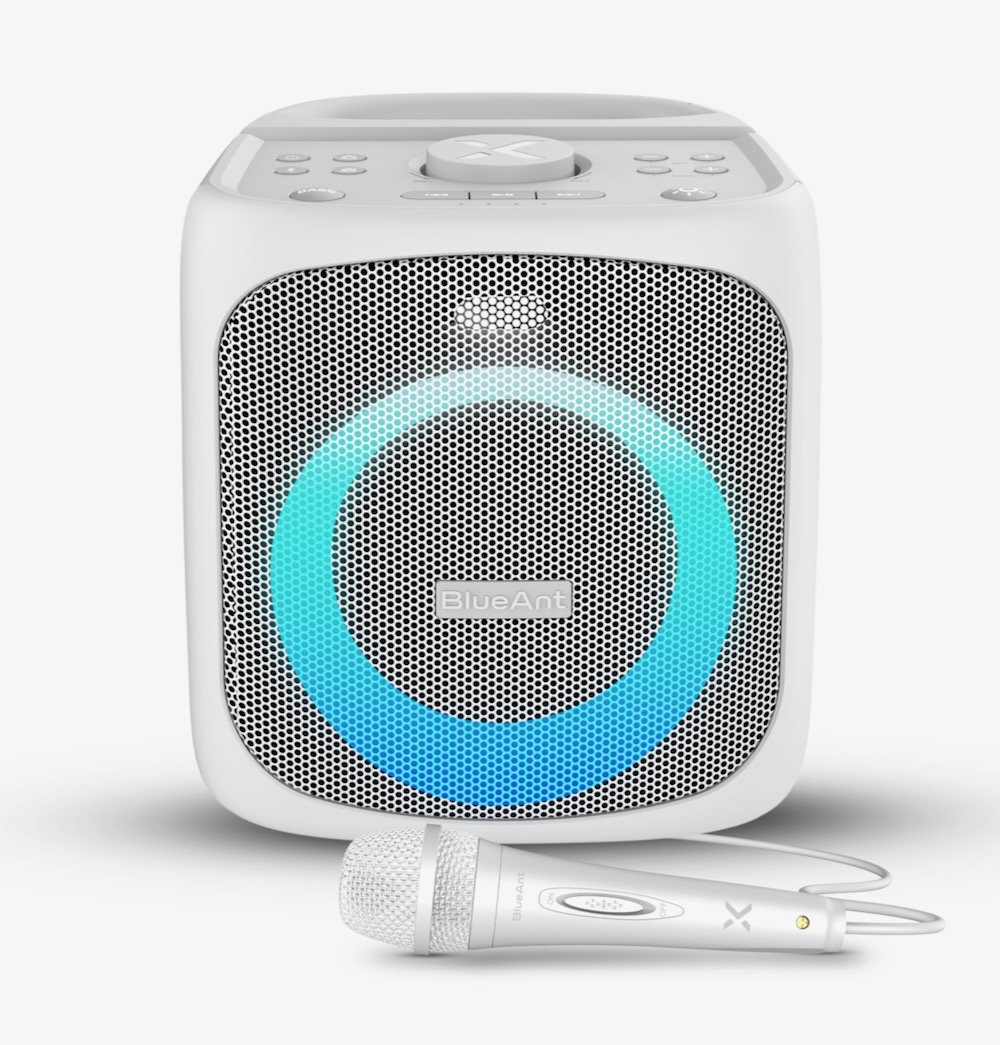 The BlueAnt X4 is available now from the BlueAnt website and from select Telstra stores and is priced at $299.