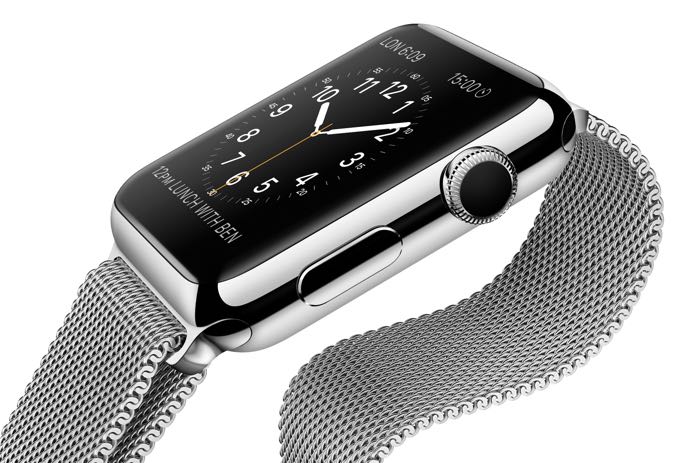 Since the announcement of the Apple Watch and the release of many other smartwatches before and after that, there hasn’t been this much attention on watches for as long as I can remember.

Smartwatches haven’t exactly been blockbuster products since we saw the first device a couple of years ago.

That’s not to say they’ve been a flop – not by any means – sales have been steady for companies like Samsung, LG and Moto with other recent additions from Huawei, Alcatel OneTouch and, of course, Apple.

The marketing from these companies all differ but their goal is to get customers to want to buy a product that they will wear in their wrists to keep them even closer to their smartphones. 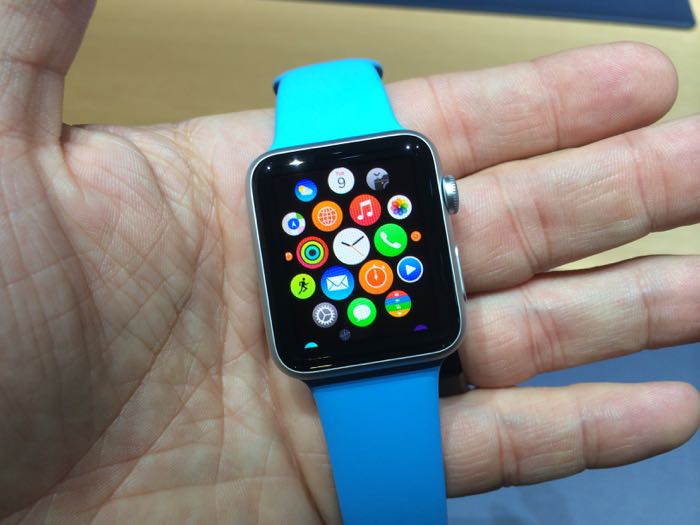 But here’s the thing – nearly everyone has a smartphone. Sounds like massive market right?

Well, not necessarily. Only 40 per cent of Australians actually wear a wristwatch every day.

YOUR QUESTIONS ANSWERED ABOUT APPLE WATCH

So the challenge here is convincing that 40 per cent to wear a completely different type of watch and presenting the case to the other 60 per cent that they should start or go back to wearing a watch.

That’s not impossible. Nearly everyone has a smartphone today. Eight years ago hardly anyone did. 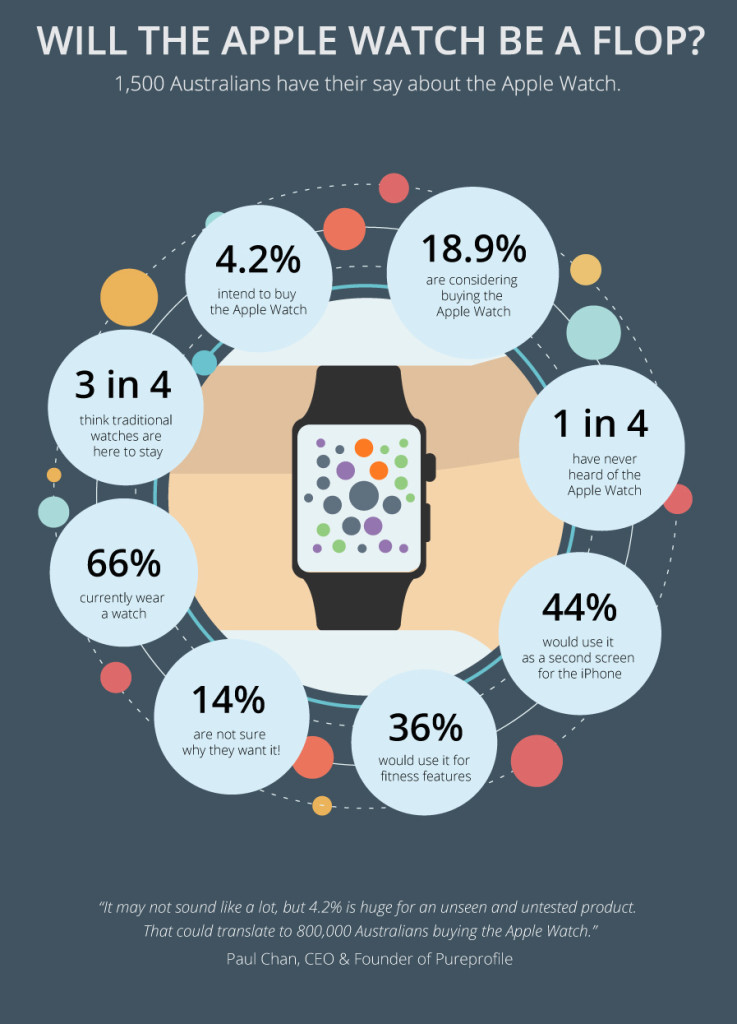 The sweet spot for the smartwatch market, according to Telsyte tech analysts, is the 25-44 age group.

The entry of Apple into the smartwatch space will actually benefit all of the companies offering similar devices because it will attract a lot more attention to the category.

And for many every day customers the fact Apple is making a smartwatch validates it as a legitimate and worthwhile product.

Now you might be thinking other companies offering smartwatches are quaking in the boots as the Apple juggernaut approaches.

Not necessarily. Apple has certainly got a lot of attention for the Apple Watch and consumers are now thinking about the role a smartwatch would play in their day-to-day lives.

The Apple Watch might not be the right product for them and it may draw their attention to another smartwatch in the market. As the saying goes, a rising tide lifts ALL boats.

But will the Apple Watch live up to all the hype. Will people be willing to fork out at least $499 – more than half the cost of an iPhone – to have this technology on their wrist?

Consumer insights specialists PureProfile conducted a survey with a range customers to see of they are interested in or intend to buy the Apple Watch.

The research found 4.2 per cent of the Australians surveyed said they intend to buy the Apple Watch.

And 76 per cent of this group still think conventional watches will still be popular despite the rising popularity of smartwatches.

“It may not sound like a lot, but 4.2 per cent is huge for an unseen and untested product,” says PureProfile’s founder and CEO Paul Chan.

“That could translate to nearly 800,000 Aussies who plan to buy the Apple Watch. Apart from Apple, that is an insanely high number for any product pre-launch.

“The first four per cent are the early adopters and Apple die-hard enthusiasts that are happy to buy the Apple Watch sight unseen.

“The next segment of people, the fence-sitters, are the ones who will be swayed by other factors: being able to see and touch it in person; having a friend who owns one; seeing online reviews and media coverage.”

Apple will no doubt enjoy very healthy sales of Apple Watch when it goes on sale on April 24.

And in some ways Apple is doing the heavy lifting for other companies by showing smartwatches is a big enough category that’s worthy of having an Apple product.

Expect the same thing to happen to smartwatches.

The answers to all of your questions about the Apple Watch