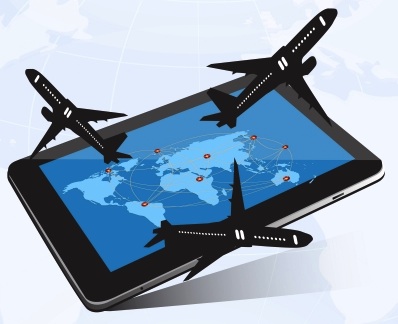 Do we really need to switch off our tablets and ereaders for take off and landing? Soon you might not have to with the FAA planning to lift the current restrictions.

The latest electronic devices are a natural travel companion because they allow us to take our content with us – music, movies and e-books.

But since we’ve been bringing them on board we’ve been given various excuses as to why they need to be turned off for take off and landing.

They interfere with the navigation, they pose a danger while the aircraft is refuelling and they are a distraction for passengers.

Tech Guide is in New York for a Bose event this week and we were told we couldn’t even read our Kindle during take-off while a person in the next seat was reading a printed novel.

It’s not like the Kindle can alter the course of the aircraft or affect its ability to get airborne.

And it wasn’t a matter of being distracted because the person next to me was still able read their book while I had to put my Kindle Paperwhite away.

Even a device in flight mode – where all of the cellular radios are turned off – still have to be powered down and put away.

But what makes this even stranger is that the other end of your journey, when you land, the announcement that is usually made as soon as the landing gears hits the runway, is that if your smartphone is within reach you can turn it on.

And then the next thing you hear are all of the messages being received.

We know take off and landing are the two most likely times when an aircraft emergency situation can occur so we can understand why larger devices like laptops and maybe even headphones should be left off until you’re above 10,000 feet.

But reading a book on e-reader or playing a game on your iPad should be allowed at any time during the flight – including take off and landing.

And the good thing is the Federal Aviation Administration in the US agrees.

It will be issuing new guidelines to allow devices to be used in all phases of the flight.

But don’t expect to be able to use your smartphones to make and receive calls. Cellular communication will still be banned.

Right now the FAA is trying to confirm what most people think they know – that the devices that are so popular today will not compromise airline safety.

This is a development many people, especially frequent flyers, will applaud.