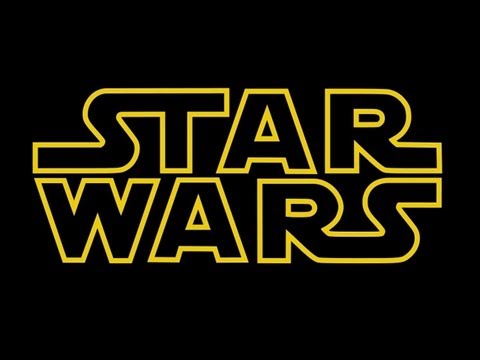 It was 35 years ago today that Star Wars first hit US cinema screens and set a new standard for cinema, special effects and merchandising.

It wasn’t until October 1977 when the film opened to Australian audiences.

The landmark film quickly became a commercial success and, to this day, is still a fixture of popular culture.

Part of the reason for its endurance over the years is its mythical storytelling and its classic battle between good and evil that happened to centre on the Skywalker family.

But, in the beginning, not many people had a lot of faith in George Lucas and his ambitious space opera even after he delivered a hit film – American Graffiti – for Universal Pictures.

The idea for Star Wars had been bouncing around in George Lucas’s head for years and he naturally gave Universal first option – which they turned down citing the riskiness of a science fiction film.

But Lucas would find a friend in 20th Century Fox and the rocky production process began.

It involved Lucas creating the Industrial Light and Magic company to invent technology to create the remarkable never-before-seen shots and special effects while principal photography began in Elstree Studios in England.

After it was completed Lucas screened Star Wars for his close circle of friends including hot young director Steven Spielberg.

When the screening ended the reaction from nearly every person in the room was “better luck next time George”.

It was only Spielberg who congratulated Lucas and proclaimed he had a massive hit on his hands.

The rest is Hollywood history.

As an unabashed (some say tragic) Star Wars fan I have a strong opinion about what I like and don’t like about the sequels, prequels and subsequent DVD and Blu-ray Disc releases.

Here are my Star Wars hits and misses:

Darth Vader: One of the most memorable villains in film history whose mystical power with the dark side of the Force and his intimidating appearance and booming voice made him impossible to ignore. His backstory would be revealed in the prequel films.

The Empire Strikes Back: Many thought the original Star Wars film would be a hard act to follow but George Lucas hit it out of the park with this darker sequel which remains the favourite film of the entire series for die-hard Star Wars fans (including this one).

I am your Father: The shock of learning that Darth Vader is actually Luke Skywalker’s father was one of the main highlights of all six films.

Star Wars opening shot: Seeing (and hearing) the first shot of the Star Wars as the Imperial Cruiser rumbled over our heads in pursuit of Princess Leia’s blockade runner in the cinema was one of my fondest memories as a wide-eyed nine year old.

Imperial Walkers: The battle where the four-legged Imperial Walkers advanced on the Rebel base on the Hoth ice-planet holds up to this day as an incredible feat in special effects.

Yoda’s introduction: Our introduction to the syntax-challenged backward speaking Jedi master on Dagobah in Empire was brilliant. At first we thought he was an annoying native before revealing himself as Jedi Master. Another reason, along with Vader’s reveal as Luke’s Dad, to watch the Star Wars films in the order they were made.

Vader’s redemption: Seeing Darth Vader’s seemingly impenetrable veneer of evil penetrated with the sight of his only son in agony and pleading for help as he was being attacked by the Emperor brought a fitting end to the original trilogy.

Han NOT shooting first: One of the most criticised changes (and there have been many) made by George Lucas. Solo originally shot Greedo dead from under the table in the Cantina in the original Star Wars film but Lucas, who didn’t want Han Solo to be perceived as a cold-blooded killer, inserted a first shot from Greedo to justify Solo’s return fire.

Luke and Leia’s creepy kiss: Before Leia knew she was Luke’s sister she gave him a pash to make Han Solo jealous. Ewww.

Jar Jar Binks: The Star Wars prequel Episode I was the most eagerly anticipated film of all time and what did we get – Jar Jar Binks – the first all digital character who had an annoying presence and turn of phrase. It was the first time I wished one of the good guys would catch a stray laser shot to the head and die.

Changes to the original films: As George Lucas was making the prequels his story decisions would have an effect on the originals so he went back and changed them much to the horror of hardcore fans. These included giving Boba Fett a Kiwi accent in Empire after casting Kiwi actor Temeura Morrison as Boba’s father Jango in Episode II and inserting Hayden Christensen (replacing Sebastian Shaw) as the ghostly Jedi beside Yoda and Obi-Wan at the end of Return of the Jedi.

Whiny Anakin: Was Darth Vader – the epitome of evil in the galaxy – really once a whiny teenager? Hayden Christensen’s portrayal of Anakin as an impatient, love struck teen made me want to give him a back hander and tell him to snap out of it.

May the force be with you for another 35 years.

Cocoon Grid-It can organise all of your gadgets