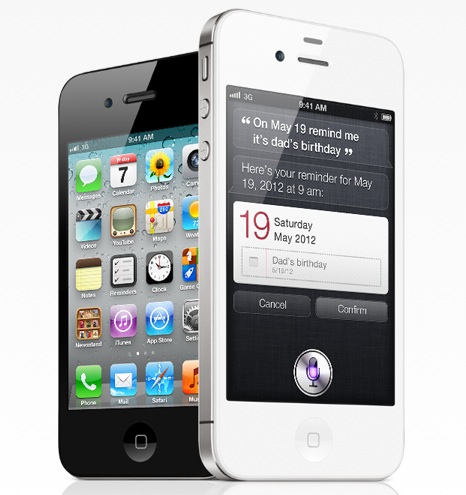 The weight of expectation on Apple ahead of the Worldwide Developers Conference was intense with many hoping the company would unveil a new iPhone.

Unfortunately no new iPhone was anywhere to be seen. But in not announcing a new device has Apple opened itself up to the increasingly attractive competition in the smartphone market.

The rumours were pretty intense with alleged leaked iPhone pictures and parts popping up all over the internet.

Just going by the numbers – three of the last four iPhones have been unveiled at WWDC – so if you were a betting man (or woman!) then the odds were stacked in your favour.

At last year’s WWDC Apple actually took the unprecedented action of pre-announcing the fact that no new hardware would be announced. So no iPhone so all the attention would go to iCloud and iOS 5.

There was no such announcement this year which added fuel to the rumour fire that indeed Apple could possibly reveal a new iPhone to the world.

The only new hardware revealed was the drool-worthy 15-inch MacBook Pro with Retina Display. Yes, all very nice – but it ain’t no iPhone.

So, has Apple made an error by not releasing a new iPhone now?

With the recent launch of the impressive Samsung Galaxy S III there are lot of people considering the unthinkable – switching to Android from the iPhone.

I’d love a dollar for every time I was asked “should I get the Galaxy S III or do I wait for the new iPhone”.

And this was before WWDC so my answer was wait and see.

Now those same people who are coming off contract will be looking for a new smartphone.

If you were one of the many people to flock to the iPhone 4 in July two years ago you’d be looking to move right into a new iPhone.

But with products like the Samsung Galaxy S III – which was launched in gala fashion and then available in stores within hours – there is going to be a lot of temptation for off-contract and impatient iPhone users.

The things that will appeal to them with the Galaxy S III is the much larger screen 4.8-inch v iPhone’s 3.5-inch display and the thinner design – 8.6mm v iPhone’s 9.3mm.

There are also a lot of features on the Galaxy S III that the iPhone doesn’t have like NFC (near field communication), a faster quad core processor and a larger battery.

But what Apple’s got going for it is the sheer number and quality of the many apps available for the iPhone.

There have been many iPhone users who have invested in too many apps to turn their back on the platform now.

In terms of design, ease of use and simple pride of ownership – Apple is still in the lead.

Another saving grace is the new iOS 6 operating system unveiled at WWDC which, even though it’s not a new iPhone, will give current iPhone users an enriched experience on their existing device.

Another tick in the Apple box is the ease in which the iPhone’s software can be upgraded to the latest version.

In fact, 80 per cent of iPhone users are rocking the latest version while only seven per cent of Android users are on Android 4.0 Ice Cream Sandwich.

But we won’t be seeing iOS 6 for some time. Apple says it will be available in the Fall which is Australia’s Spring – potentially three months away.

This period will surely test many customers loyalty to Apple and the iPhone.

Apple, the ball is in your court.