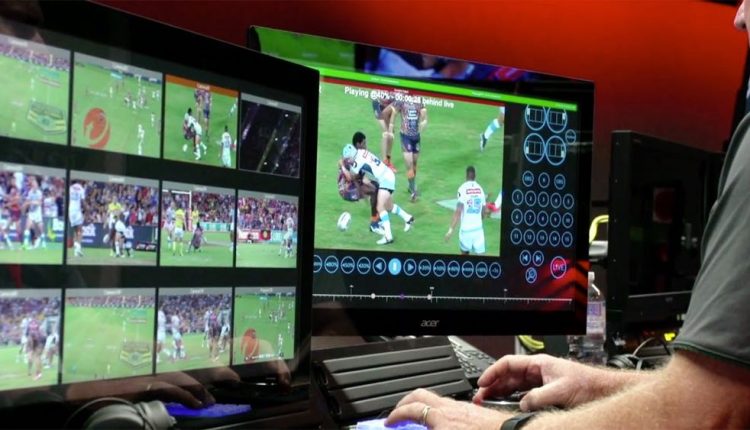 There’s two things we love here at Tech Guide – tech (of course) and sport but one area where these two areas have merged with disastrous results is in the NRL bunker which this weekend saw some questionable decisions that brought some teams’ seasons to an end.

The first weekend of the semi-finals has been embroiled in controversy courtesy of some questionable decisions that affected the results of every game and saw Cronulla and Manly bundled out.

It never ceases to amaze us that despite the millions of dollars of technology at their disposal, the NRL bunker can still come up with some howlers.

And this is on top of having two on-field referees and a two touch judges. And they’re still getting it wrong.

What the NRL bunker’s best at is making a call on those clear cut decisions – was his foot on the sideline and did the ball reach the tryline?

But the issues we have with the technology are not so much a technical problem but more a human issue.

Unfortunately it all comes down to a subjective decision that needs to be made by a human being whether it’s on the field or up in the bunker.

The areas generating the controversy are those decisions that aren’t so black and white that need multiple replays are various angles.

And the problem starts when the referee sends it up to the bunker after making the call whether they believe it is a try or not. That right there is the issue.

If the referee knows for sure whether it was a try or not he wouldn’t be sending it to the bunker.

The whole reason it’s being referred to the people upstairs in front of the monitors is because the ref doesn’t know whether it’s a try or not.

So why then force them to make an on-field decision that puts the bunker under pressure to either uphold or deny.

Unfortunately, if a referee decides that he thinks it’s a try will weigh on the decision and force the bunker to try and disprove this rather than just seeing what’s what.

In the case of the Tyrone Peachey try for Penrith in the elimination match against Manly, the ball appeared to come off his hand after the ball bounced off his chest before he grounded the ball.

This was sent upstairs by the ref who thought it was a try. Now there’s no way he could be sure either way and the video evidence showed what, to us, appeared to be contact but to others looked like it missed his hand completely.

Because there was no conclusive evidence to disprove it, the try was astonishingly awarded.

Now surely common sense would tell you that if a try has to be replayed several times at multiple angles then there’s enough reasonable doubt to disallow it.

In the same game, Manly’s Dylan Walker was denied a try because the Bunker thought he was offside.

But yet someone on social media took the same still image the bunker used and drew a line with a ruler to prove that Walker was, in fact, onside and that it should have been a try.

The match was level at 10-all and this disallowed try combined with the favourable decision on the Peachey try meant Manly were now planning their Mad Monday drinks instead of preparing for their next semi-final.

The sad thing is it’s not the first or the last time this has happened and proves that despite the millions of dollars’ worth of technology in the Bunker, it’s the human factor that’s letting us down.

So what can be done to reduce the number of questionable, game-altering, season-ending decisions that are made. 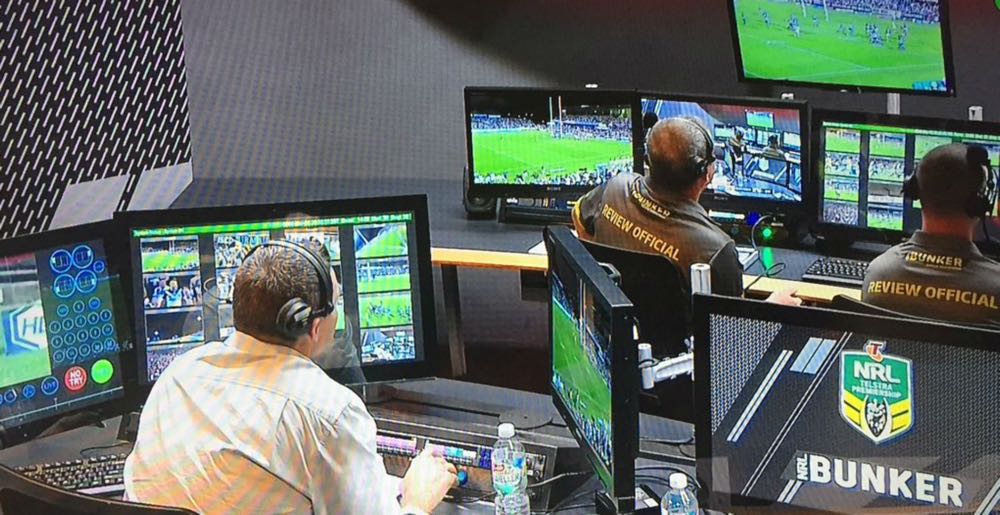 First of all – don’t force the referee to make an on-field call as to whether he thinks it’s a try or no-try.

Just send it upstairs and let the bunker decide if a try’s been scored. If it takes more than few replays, there’s enough reasonable doubt to deny the try.

Second, actually use the technology. It astounds us that the Bunker cannot rule on a forward pass yet they are asked to check if players are onside.

How hard is it to draw a line on the screen parallel with the lines on the field to check if a pass has gone forward or if a player is on side.

Third, have more judges inside the bunker.

The existing set up means the decision comes down to one person.

We think there should be a panel of three judges who vote on what they see.

Rather than leaving it up to one person to make a subjective decision – have three to come to a vote.

This would bring some consistency and common sense to the whole process.

And surely that can’t be a bad thing.