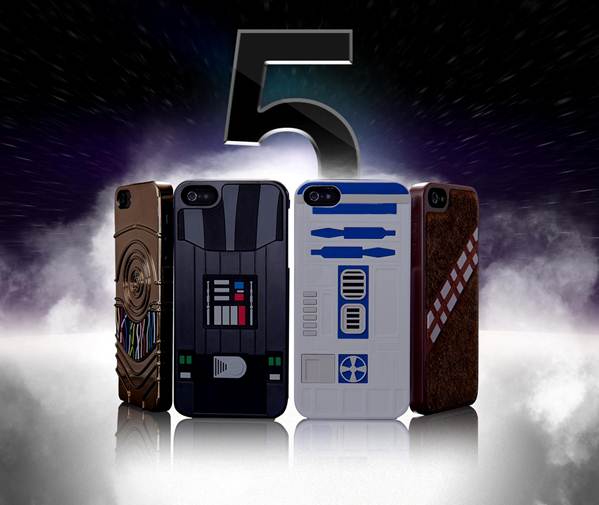 If you’re a Star Wars fan and have already moved up to the iPhone 5 – warm up your lightsabres – the latest character snap-on cases are available now.

Bluemouth Interactive has released this eye-catching set of covers that every true Star Wars fan will want to wrap around their iPhone 5.

There are four snap on character covers in the range – Darth Vader, C-3PO, R2D2 and Chewbacca.

This cover features the Dark Lord’s iconic 3D detailing of his black chest armour, chest box with buttons and belt and has the sort of detail Star Wars devotee will recognise immediately.

The case features the same standout shiny gold look of the film’s lovable protocol droid complete with the same 3D chest markings and coloured wiring in the black band around his stomach.

The camera of the iPhone 5 is actually positioned where R2D2 eye lens is located and the case includes the vents, grilles and markings that will unmistakably identify the case to fellow Star Wars fans.

The mighty Wookie’s case is furry naturally and is soft to the touch. Also included is the trademark ammunition bandolier that he wears diagonally across his chest.

If you’re a proud Star Wars fan, now you can show how dedicated you are to that galaxy far, far away with one or all of these cases.

They are available now from EB Games stores for $39.95 each.