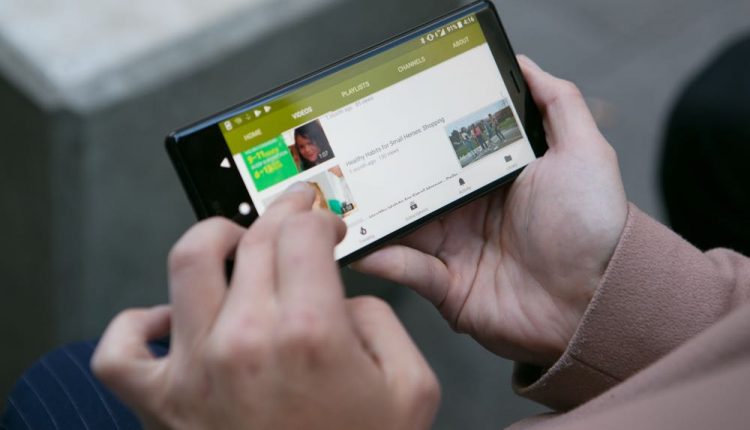 Telstra has unveiled a new range of flexible mobile plans which have finally done away with excess data charges as a part of its restructuring strategy and to improve customer loyalty.

The new consumer plans for smartphones and tablets focus on simplicity and will give customers the option of removing excess data charges with the new system called Peace of Mind Data.

So rather than paying for the amount of excess data you use, Peace of Mind Data comes into play to help customers get to the end of the month for a flat $10 fee.

Technically, this is an excess data charge but it is offered as a flat rate rather than per extra gigabyte used.

Peace of Mind Data is capped at 1.5Mbps which is still fast enough to stream standard definition video, listen to music browse the web and access social media. 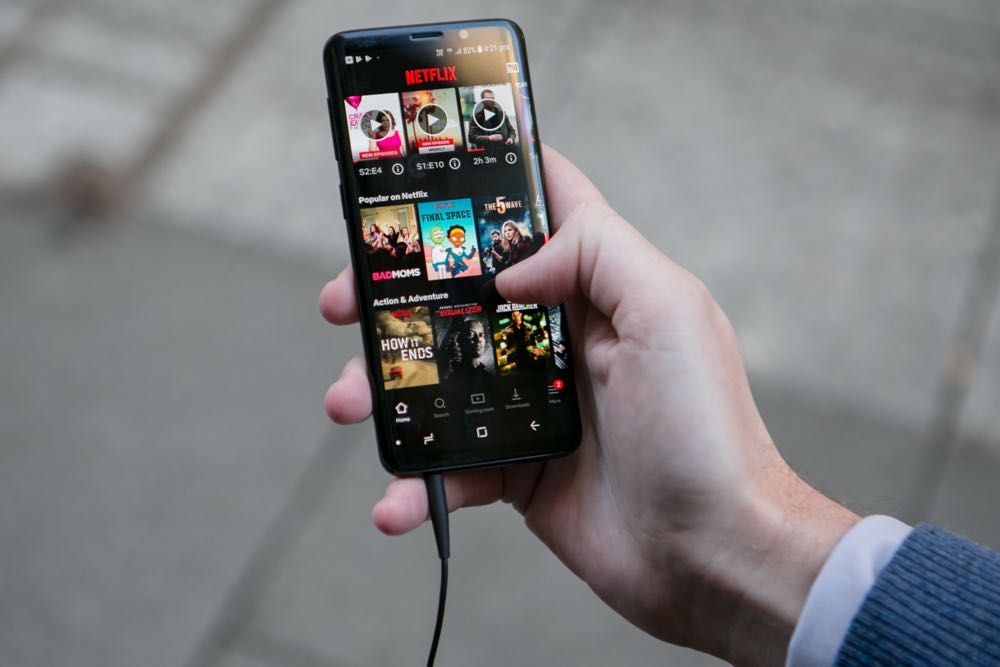 plan which includes as much data as you want at the full speed that the Telstra network allows.

“With data traffic on our mobile network growing at 50 per cent year-on-year, our customers are doing more and more on their devices,” says Telstra CEO Andrew Penn.

“We know Australians often curb their smartphone use when they near their data limits and this holds them back from doing many of the things they love like connecting with friends and family on social media and streaming music.

“We’re ending this frustration with the introduction of Peace of Mind Data which makes excess data charges a thing of the past.

“From enthusiastic smartphone owners to parents giving young family members their first mobile, Peace of Mind Data provides the confidence that they can use their phone or tablet and never incur additional data fees in Australia.”

a new smart phone with their plan. 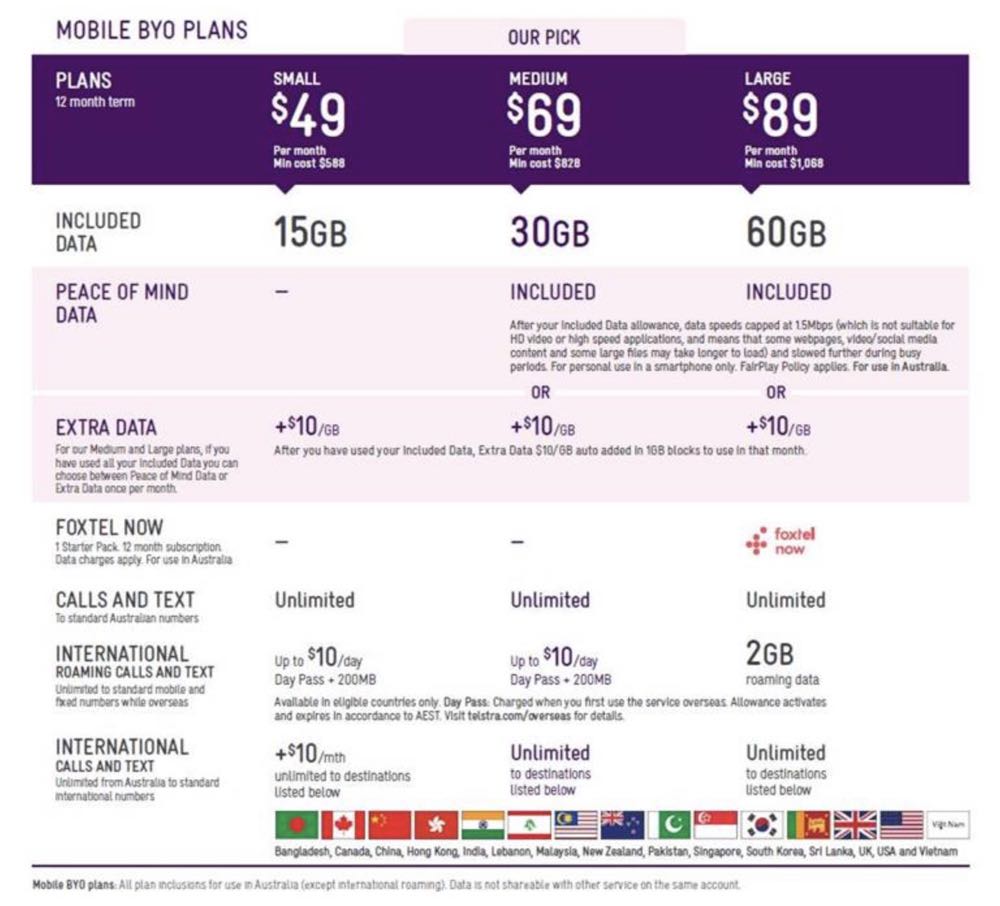 In the mobile lease plans, Telstra’s sweet spot is at $99 a month which includes 30GB of data. 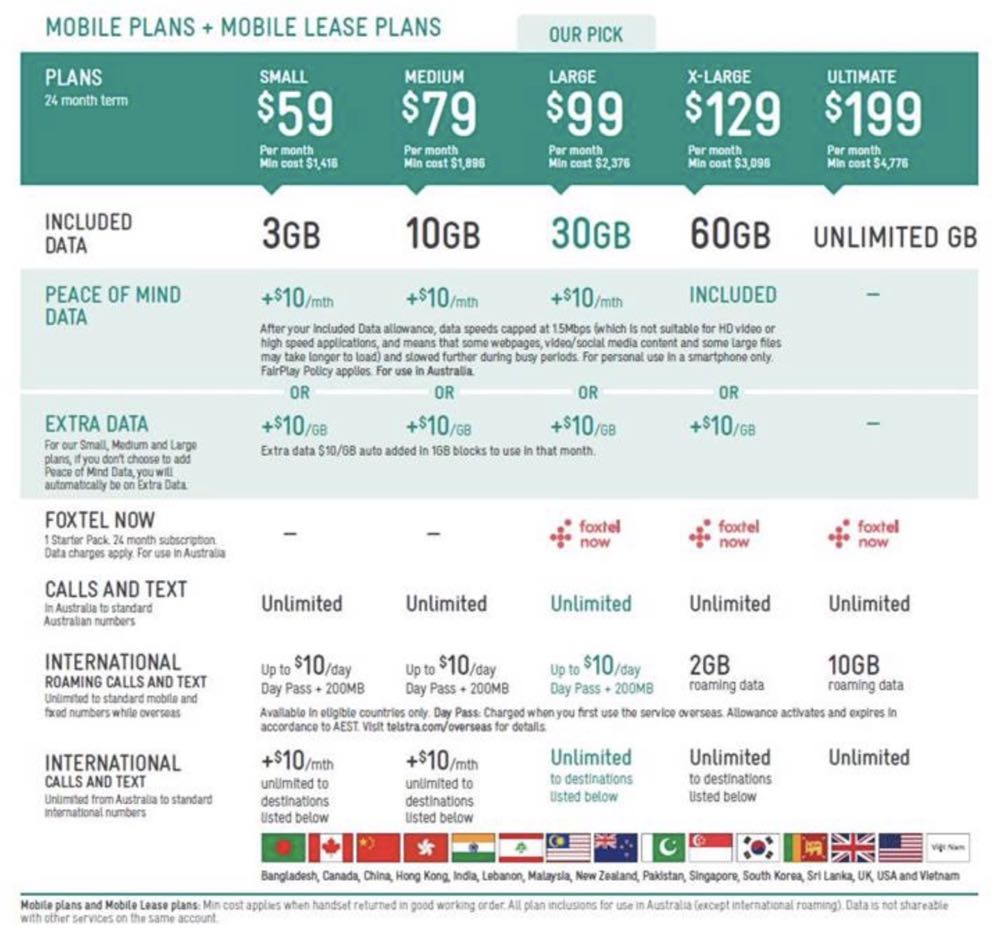 Customers also have access to every AFL, regular-season NRL and netball games this season data free.

In October, Telstra customers will also have the option of choosing add-on packages to their plans whether it’s sport, entertainment and music.

“The next product milestone in our T22 product strategy will give customers the freedom to create home and mobile packages with the features, devices and content that matters to them,” Mr Penn said.

“Customers will be able to select a core connectivity service and add their choice of great-value companion mobile plans, home and mobile devices or their pick of a range of world-class entertainment packages.

“Entertainment will headline the new choices available to customers in October with some exciting new options that build on Telstra’s superior offerings in sports, entertainment and music.”