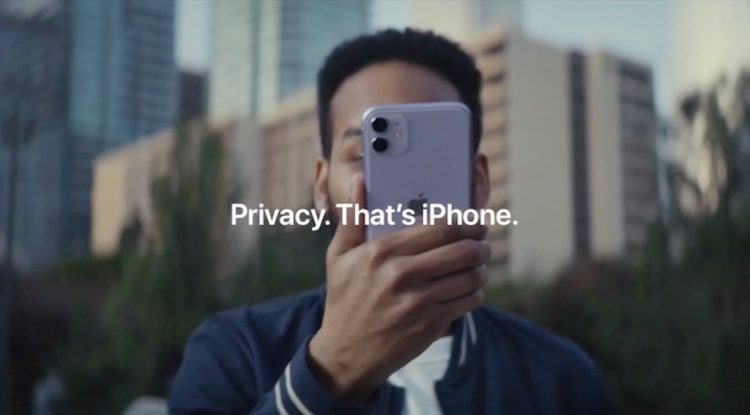 Apple has always prided itself on the privacy iPhone users enjoy and have created a tongue-in-cheek video that shows just why data privacy is so important.

The humorous video called Over Sharing shows people in public just blurting out private information that they would never ever share with the world.

Apple has always been a strong advocate for privacy with CEO Tim Cook once describing privacy as “a fundamental human right”.

The company builds privacy into its products and insists it doesn’t build detailed profiles of its customers or monetize their user data.

In the video a man on a train says out loud: “I browsed eight sites for divorce attorneys”.

This is meant to illustrate the fact that the Safari browser prevents tracking to stop advertiser following you site to site.

In another scene a woman announces “My house is within 1000 feet”.

This is in reference to Apple Maps which doesn’t associate your data with your Apple ID, and Apple doesn’t keep a history of where you’ve been.

Another scene shows women in an office saying out loud what would normally be written in an iMessage right down to the emojis.

Apple’s iMessage is encrypted end to end and Apple is unable to read your messages while they are been sent between you and the person you’re chatting with.

Apple Pay gets two references in the video – the first sees a woman announcing her credit card on a megaphone and another woman telling a waitress she purchased prenatal vitamins and a pregnancy test.

The background here is the fact that your credit and debit card numbers are hidden from Apple.

And Apple doesn’t keep transaction information that can be tied back to you.

With Wallet and Apple Pay, Apple will never know what you bought, where you bought it or how much you paid for it.

There is also a man announcing his heart rate to those around him. The Health app encrypts your information and data and users are in control of who sees it.

And all of Apple’s privacy features are behind strong security like passwords, fingerprints and Face ID so its customers can rest assured their data is safe.