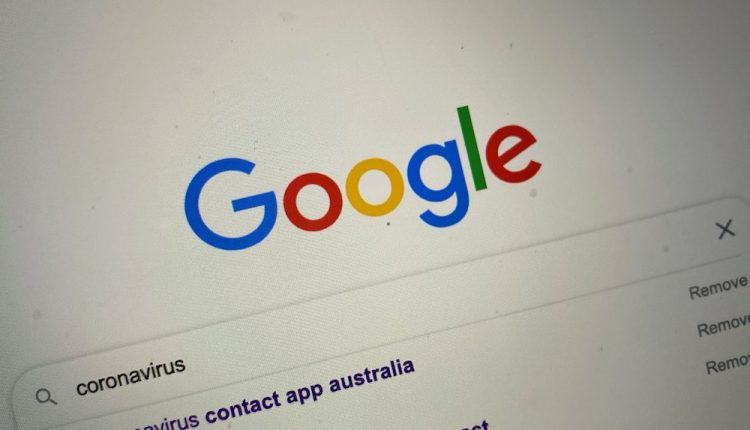 Trillion dollar company Google has launched a campaign against paying for the news it uses claiming it may put its free services at risk and dramatically change Google and YouTube search results.

The open letter to Australians from managing director Mel Silva on behalf of Google Australia is linked directly on the Google search page along with a pop-up on the side of the page warning users that the News Bargaining Code “would force us to provide a dramatically worse service”.

The way it has been presented so prominently on the Google search page and highlighting words like “at risk” and “search” and “hurting” is being viewed by many as a clear scare campaign.

The issue here is for tech giants like Google and Facebook being forced to pay media companies for their news.

Google, which made $160 billion in revenue globally and almost $5 billion just in Australia in 2019, said this move would give an “unfair advantage to news media businesses” and that they could “artificially inflate their ranking over everyone else even when someone else provides a better result”.

But some are seeing move by Google as a way to try and dodge paying media companies for their content.

In the open letter Silva says: “we partner closely with Australian news media businesses — we already pay them millions of dollars and send them billions of free clicks every year. We’ve offered to pay more to license content. But rather than encouraging these types of partnerships, the law is set up to give big media companies special treatment and to encourage them to make enormous and unreasonable demands that would put our free services at risk.”

The letter also argued that a user’s search data may also be at risk with Google saying “there was no way of knowing if any data handed over would be protected and how it might be used by news media businesses.”

Google makes its money through search and by utilising user data to target them with advertising so naturally it would be against sharing that data with anyone and potentially watering down the very tool that makes the company billions of dollars. 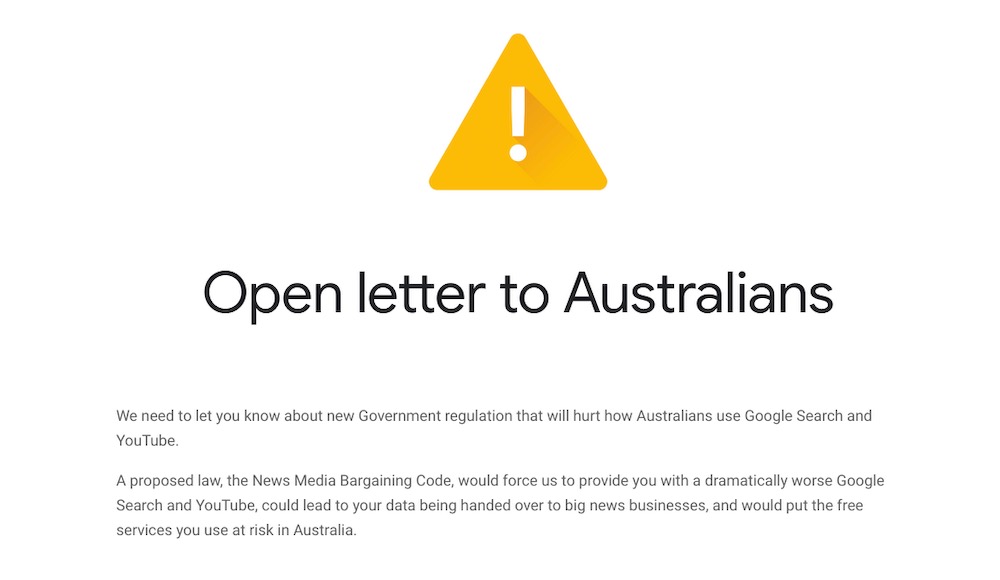 The open letter also implies that independent content creators like bloggers, influencers and YouTubers who rely on being found on Google could also be prejudiced if this proposal to reward larger news media companies and affect search results.

The ACCC says 32 per cent of Australian readers visited news sites through Google and 18 per cent via Facebook in 2018.

Treasurer Josh Frydenberg said: “A mandatory code that governs those relationships and covers issues such as access to user data, the transparency of algorithms used by digital platforms for ranking and the presentation of media content as well of course payment for content.”

“What we have sought to do is create a level playing field to ensure a fair go for Australian news businesses and when they generate original content, they are fairly paid for it.”