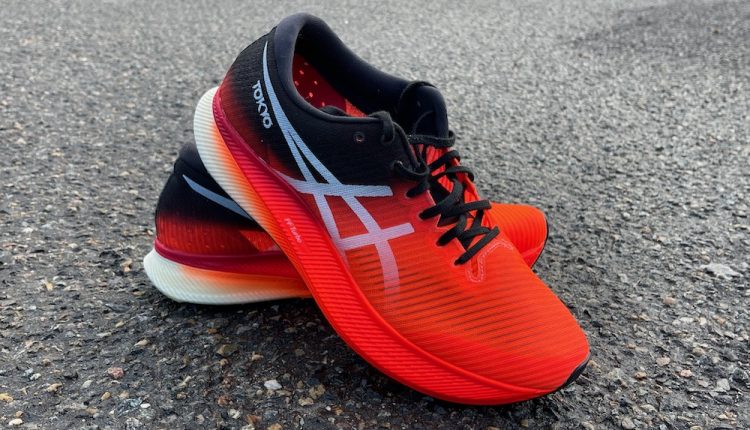 ASICS has launched two new pairs of high performance running shoes that tap into the latest technology to take design to an all-new level so it can adapt to and support a runner’s individual style.

Metaspeed Sky and Metaspeed Edge have been scientifically engineered to help elite athletes achieve their best results with the shoe adjusting to the runner instead of the other way around.

The shoes were unveiled at the ASICS Innovation Summit this week which took participants through a stunning virtual reality journey through the history of the ASICS story and gave a tantalising look into the future of the company.

At the end of the VR presentation, the new ASICS shoes were dramatically revealed.

The design came about as a result of insights from scientists which recognised that shoes powering the fastest runners were only favouring one kind of runner – stride runners who spent more time airborne between steps.

But the ASICS research showed those shoes don’t support elite athletes who prefer the other major running style – cadence – which offer smaller steps while staying off the ground with minimal up and down movement.

To increase their speed they needed to both extend their stride length and increase the number of steps they need to take.

Initial tests showed the Metaspeed advantage could help reduce the number of steps required to run a marathon by 1.2 per cent. 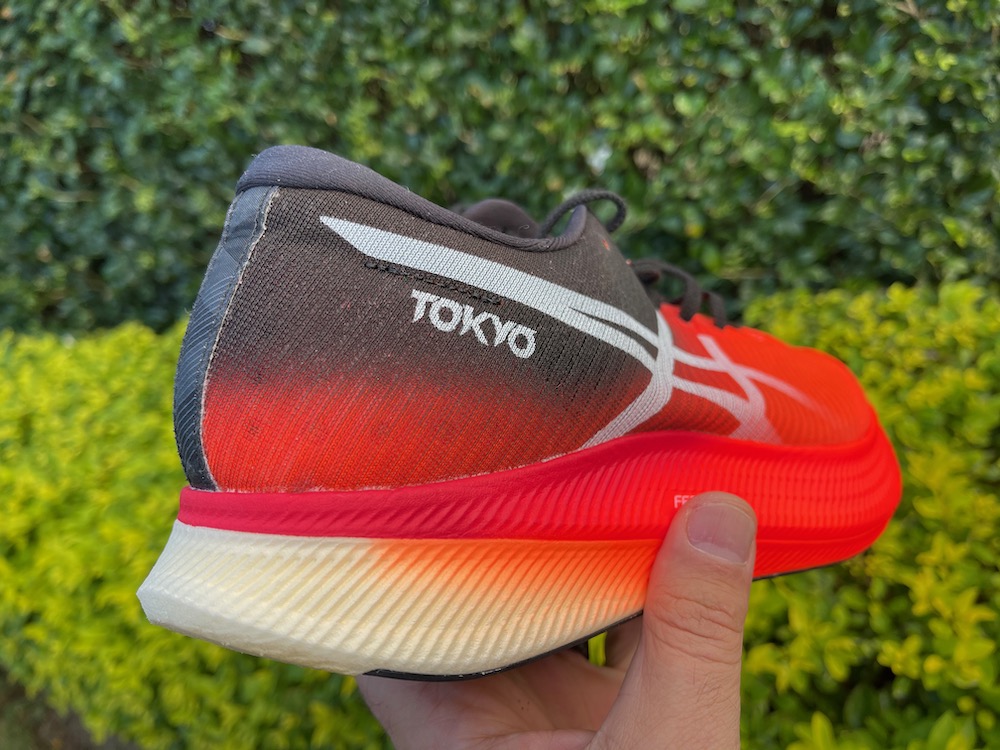 Tech Guide was lucky enough to receive a pair of the Metaspeed Sky and they were so light it was remarkable.

And not only that, they were so cushioning it was like running with springs under your feet – which is why it can easily add even further distance between steps and more time airborne for stride runners.

They are a bright unmissable orange colour with Tokyo written on side.

The shoes have FF Blast Turbo cushioning – one of the lightest and bounciest midsole foam which helps generate impressive compression and a responsive toe-off. 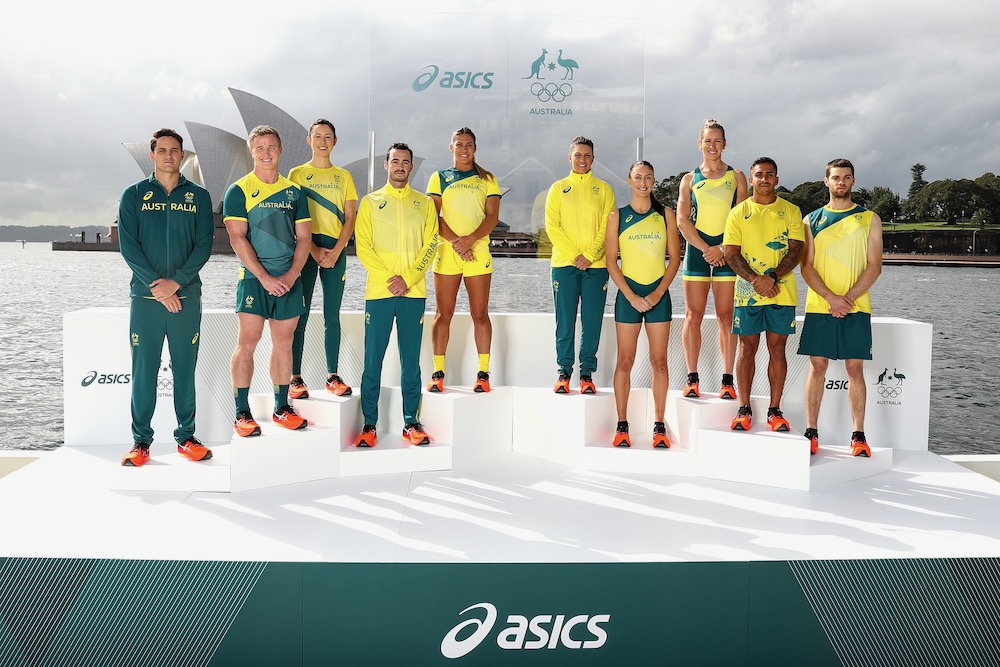 The release of the new Metaspeed shoes coincides with the announcement that ASICS has also supplied the uniform for the Australian athletes heading to the Tokyo Olympics in the coming months to represent their country.

ASICS is also supplying the footwear for the Australian athletes which are likely to include these Metaspeed running shoes.

“The Metaspeed journey began with the simple insight that athletes run faster in shoes are that specially tailored for them,” says Kenichi Harano, Executive Officer and Senior General Manager at the ASICS Institute of Sport Science.

“From here – we got to work. Following a lengthy, meticulous research and development process, Metaspeed Sky and Metaspeed Edge were born.

“Optimised for the two most prevalent running styles in elite runners, they are both at the very pinnacle of running innovation.

“Our initial tests are already showing them to have an impact on the times of the elite runners’ we’ve been working with. That’s why we’re so excited to be unveiling them to the world today.” 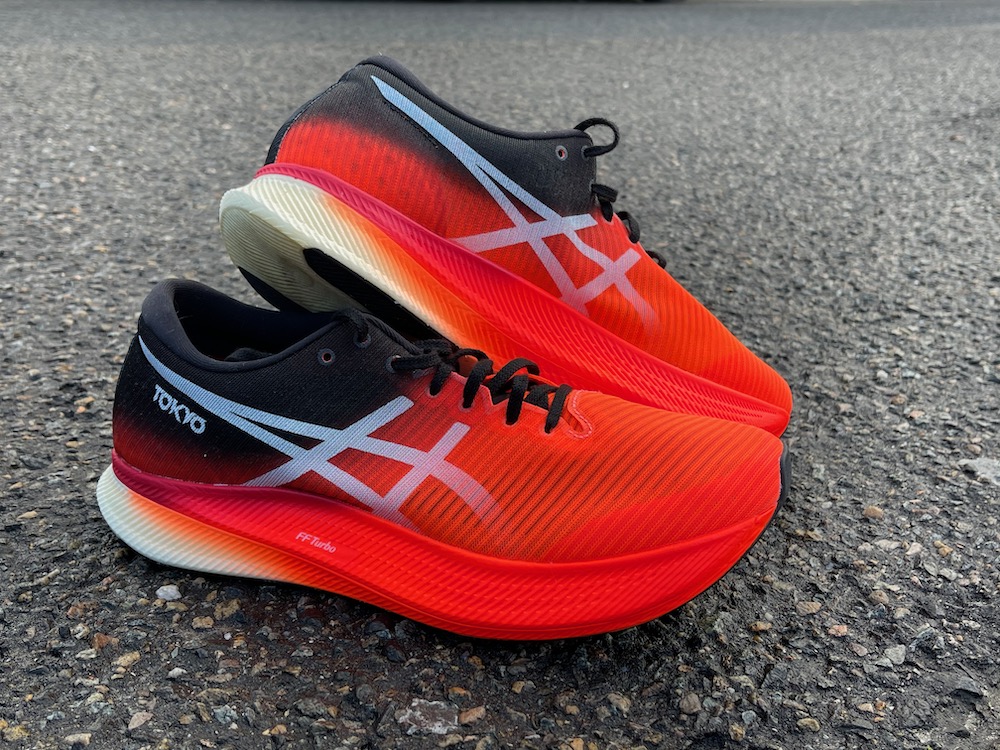 Australian athletes have been involved in the testing of Metaspeed for ASICS including long distance runner, Lisa Weightman and triathlete, Jake Birtwhistle.

And the results have been immediate for Weightmen. Since trialing the new ASICS shoes, she has achieved the fastest 10km time by an Australian woman on Australian soil.

“I love this shoe! The balance of cushioning and responsiveness is perfect, and the extra kick from the carbon plate really helps beat those PB’s,” said Weightman.

After testing the Metaspeed shoes Australian Olympic hopeful, Jake Birtwhistle said: “This is the best long distance race shoe I’ve worn, it has the perfect blend of comfort and speed to keep me running faster for longer.”

President & Chief Operating Officer of ASICS, Yasuhito Hirota said: “At ASICS we are driven by our founding principle: we want to help everyone achieve a sound mind in a sound body through sport.

“At the heart of this philosophy is an unwavering belief in the power of human-centric design to create products that deliver the perfect balance of peak performance and protection for every kind of athlete.

“With the pandemic placing huge restrictions on competitive sport across the globe, this longstanding obsession of ours has become supercharged for 2021. This year’s Innovation Summit and launch of Metaspeed stands as a symbol of our continued commitment to help elite athletes achieve their potential, while cementing ASICS’ status as a pioneer of innovation in the running sector.”

The Metaspeed Sky are now available globally via the ASICS website and selected specialty retail stores.

The Metaspeed Edge will be available from June 4, 2021.

How to Teach Students Online in COVID-19 Effectively

How to protect yourself against the latest COVID-19 vaccination scams