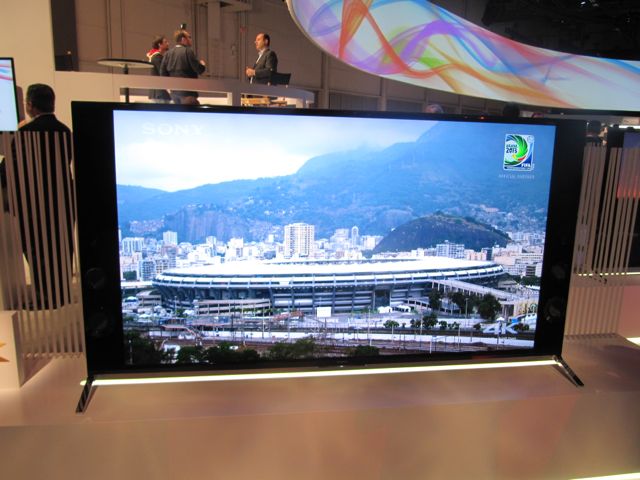 Sony has unveiled an all-new social TV concept at the International Consumer Electronics Show in Las Vegas along with re-imagined 4K television designs.

The company has maintained its vision and support of 4K technology with a goal to offer the best possible picture quality and the content that can showcase their TV’s abilities.

Two of the highlights of the Sony stand were a concept product called SmartEye Glass designed to integrate social media with the viewing experience and the new wedge-shaped 4K televisions.

SmartEye Glass works almost like a pair of 3D glasses but instead of offering a three dimensional image they can display social media updates and messages in your eye line while you’re still watching your program.

Second screen engagement has risen sharply since the introduction of social media, smartphone and tablets with most viewers watching their favourite shows on their couch with their device in their hand.

And as soon as the ad break begins it is not uncommon for the viewer to turn away from the TV and engage with their social media.

With the SmartEye Glass they can still see everything that’s playing out on the TV as well as their social media interactions that float in front of the picture on their TV in easy-to-read green type.

The SmartEye Glass also has the possibility of offering additional information on request to whatever you’re watching.

For example, the viewer might be looking at an actor in a movie and want to know more about the movies he has starred in. The user simply looks at the actor on screen and hits a button to display that information.

And all the while they have never taking their eyes off the screen.

Speaking of screens, Sony’s latest 4K TVs offer not only stunning picture quality but an enhanced new design and sound.

The company has adopted a new wedge-shaped design to its latest 4K TVs with the display moving from a thicker base and tapering to the top of the screen.

The goal of achieving the thinnest possible panel, while achieving a svelte look, compromised the sound quality the TV could produce.

Firstly, it gives the TV a lower centre of gravity and it only needs a smaller stand on each side of the screen so all of the viewer’s attention is on the screen.

Secondly, and more importantly, the larger volume at the bottom of the screen provides a larger chamber for the TV’s speakers and the result is a larger and richer sound.

Tech Guide watched and listened to a demo of Sony’s new 4K TV and was impressed by the quality of the audio output that sounded as good as a dedicated speaker system.