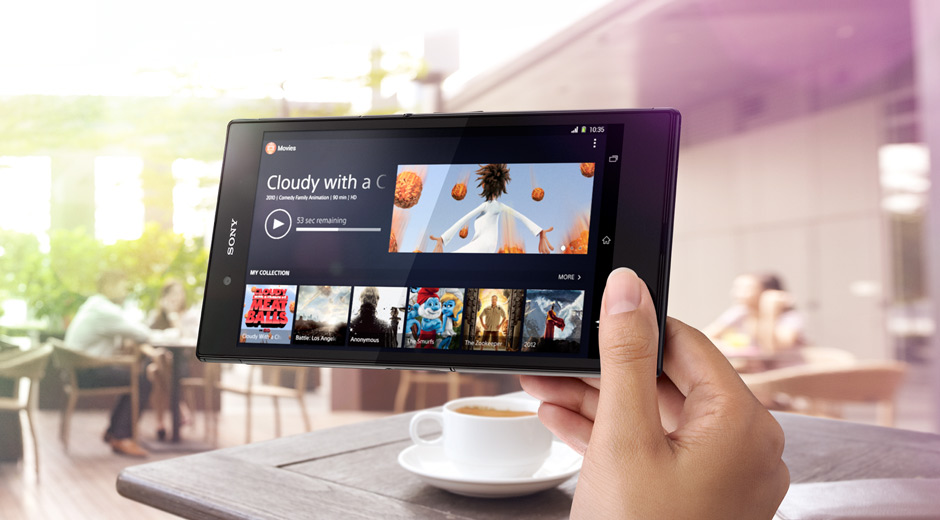 The Sony Xperia Z Ultra can really only be appreciated when you’ve got the 6.4-inch device in your hand. It’s not for everyone but if you like a big screen this will definitely impress.

Tech Guide got our hands on the device on the Sony stand at the IFA consumer tech show in Berlin and was immediately impressed by the dazzling screen and incredibly slim design.

It feel pretty solid in our hand yet was easy to grip with one hand despite being 9.2cm wide. It is also 17.9cm long so one-handed use is pretty limited because of its sheers size.

But what’s most impressive about the product is how thin it is. At just 6.5mm it has the same feel as Sony’s impressive Xperia Tablet Z that’s just 6.9mm.

To appreciate the Xperia Z Ultra just imagine the popular Xperia Z – but on steroids. It has the same look and sturdy waterproof design but with a noticeably bigger screen.

And it’s not just any old screen. Sony knows a thing or two about creating a display and brought those smarts to the Xperia Z Ultra.

The Triluminos display is full high definition with 1920 x 1080 resolution.

Triluminos is Sony’s proprietary image processing technology that presents a wider colour gamut which is also used in the company’s excellent 4K TVs.

Having it in the palm of your hand is truly stunning. Images, web pages, apps and movies are crisp and sharp with excellent colour and contrast.

The 6.4-inch screen provides plenty of real estate for users whether its viewing web pages as well as you would on a tablet or writing an email with the larger virtual keyboard.

It’s also a good size for watching movies. We were watching the animated film Cloudy with a Chance of Meatballs on the Z Ultra and it looked flawless.

Users can also purchase, at extra cost, a small stylus so they can write on the screen. It has only a fraction of the functionality of the S Pen on the Samsung Galaxy Note 3 but offers the possibility for handwriting input.

Under the hood is a fast 2.2Ghz quad-core processor to power the large device.

With a screen this size the battery life will be a key feature. A 6.4-inch screen of this quality will draw a lot of power so the battery needs to be up to the task.

The Xperia Z Ultra is a sealed device so you can’t just pop off the back panel to swap out the battery and install a spare if you’re a power user.

The Sony Xperia Z Ultra is not a device that will appeal to everyone because of its size which some may find unwieldy.

But there is sure to be a market of users who want to have a high quality larger screen in their pocket. But it will have to be a fairly large pocket.

It will be released in Australian in the coming weeks.

Stay tuned for a more detailed review on Tech Guide after launch.