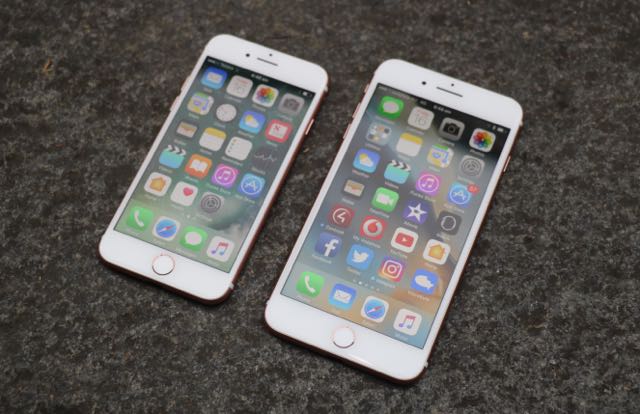 The iPhone 7 is here and it might be wearing the same outfit but it certainly has some significant improvements across the board to make an already excellent device even better.

The biggest changes for the iPhone and iPhone 7 Plus are under the hood with a new home button, a vastly improved camera, a brighter display, improved performance, longer battery life and a water resistant design.

The enhanced performance in terms of speed and graphics performance with the new A10 Fusion chip are also quite obvious when using the iPhone 7 and iPhone 7 Plus and even more evident when playing high-end games. 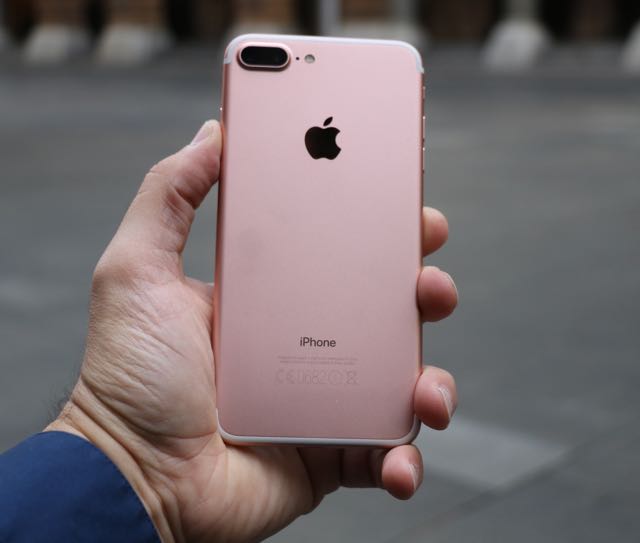 Usually when Apple introduces a new numbered iPhone we get a new design but that’s not the case with the iPhone 7. This feels like an S update where the design has remained the same.

It looks almost identical to the iPhone 6S apart from one less antenna stripe at the top and bottom of the rear panel and larger camera lenses. 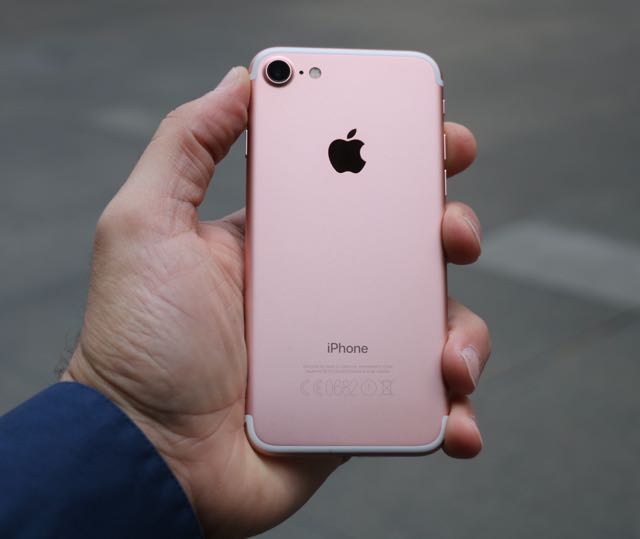 And you won’t find a headphone jack on the bottom edge – but more about that later.

But there are new colours – including a glossy jet black that looks like it belongs to Darth Vader and the new black which has taken over from space grey. There’s still silver, gold and rose gold as well.

We suspect Apple is going to spring a massive redesign to celebrate the 10th anniversary of the iPhone in 2017.

The home button isn’t technically a physical button any more. It might feel like you’re pressing a button but that surface isn’t moving at all.

What you will feel is the taptic feedback – a little buzz under the button – the strength of which can be adjusted in the settings.

Unlocking the iPhone and getting to the home page is no different – but you’ll now get a buzz out of it.

Also the fact it is no longer a physical button might also save on repairs as home button issues are not uncommon among heavy users.

That taptic feedback buzz has also been utilized for some games and also works with Apple’s apps to make it easier to adjust certain settings.

iPhone 7 has caught up with other smartphones and is now water resistant but don’t think you can take it for a swim.

The IP67 rating means it can handle dust and fresh water to a depth of 1m for 30 minutes. 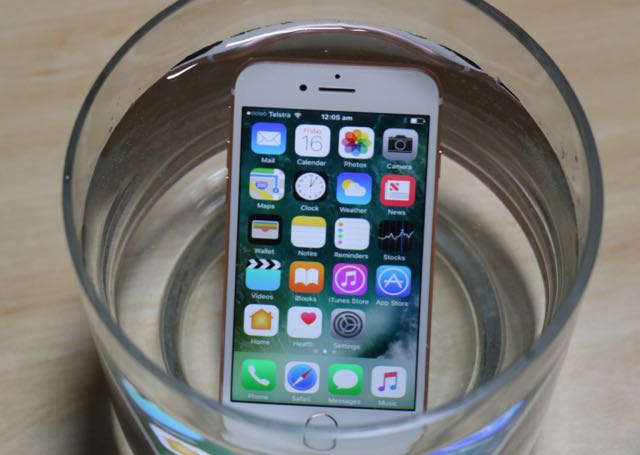 So basically if you fall in a pool, spill a drink on it or drop the iPhone in the toilet, you’re OK.

Forget about putting it in a cup of rice – just dry it off and you’re good to go.

We put our review iPhone 7 underwater and it didn’t miss a beat.

Without a doubt the camera is one of the most impressive new features especially the dual lens model on the iPhone 7 Plus.

The lens on the iPhone 7 is larger as well.

Both iPhones have 12-megapixel resolution, have built in optical stabilisation and can also shoot 4K videos.

The sensor has also been improved not only with a greater resolution with an enhanced image signal processor that can process 100 billion operations in 25 milliseconds using machine.

The sensor supports a wider colour gamut as does the improved Retina HD screen so what you see on the excellent display is what you get.

We’ve seen with other smartphones where pictures look incredible on the screen but when exported they don’t look as good.

This isn’t an issue with the iPhone 7 – our images looked great on the iPhone and also on our computer.

The lens also has a larger aperture at f/1.8 and that lets in a lot more light – up to 50 per cent more actually – so your images are going to look brighter especially in low-light situations. 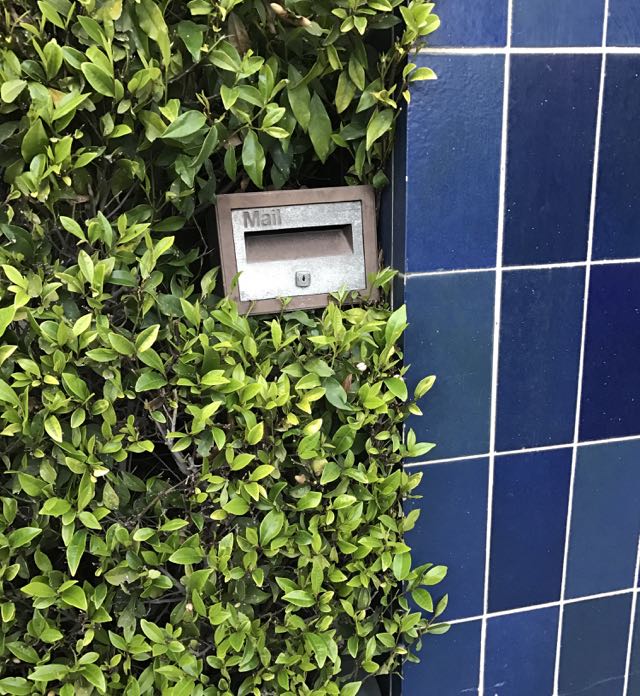 The camera on the iPhone 7 Plus is another huge step up again. It has two lenses – a telephoto lens and wide-angle lens.

You now get 2x optical zoom without losing any quality and you can now piggy back that with digital zoom up to 10x.

On the screen you can even adjust the zoom with one hand so taking pictures is even easier.

And later this year, with a software update you can access a new portrait mode to create amazing depth of field images as well.

Bottom line – the camera on the iPhone 7 Plus is close to one of the best cameras you’ll find on a smartphone.

And we think more customers will make the jump to the larger iPhone 7 Plus to get their hands on it.

The decision by Apple to remove the headphone jack has been a controversial one.

A lot of people have accused the company of turning its back on users. 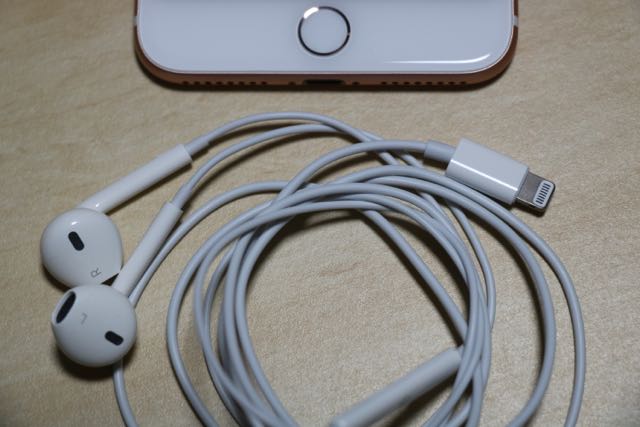 As we see it, the decision was made to keep up with the times and the fact that most headphones on the market today are wireless.

But what Apple has provided for those with regular corded headphones is an adaptor to provide a 3.5mm jack to connect to the Lightning port.

The included earphones have a Lightning cable and sound great. 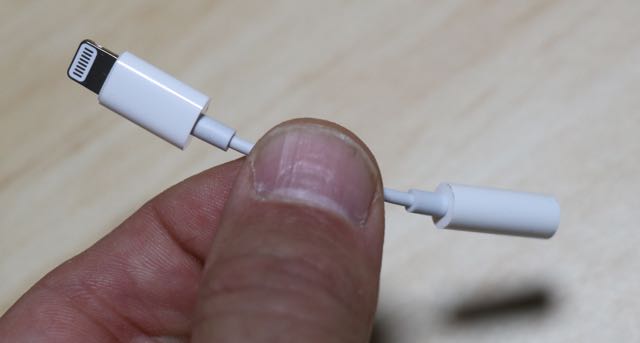 Not having a headphone jack made room for the taptic engine, a larger battery and stereo speakers.

There are speakers along the bottom edge of the iPhone 7 and iPhone 7 Plus while the other is built beneath the earpiece.

And they’re far enough apart to hear some excellent stereo separation when listening to music, playing games and watching movies.

We haven’t rated the speaker quality of the iPhone until now.

In fact, we think they sound so good it will make it unnecessary to pair a Bluetooth speaker.

These speakers sound great all by themselves. Even loudspeaker calls (we make a lot of those while we keep typing away at our Tech Guide stories) have never sounded better.

You have to remember there’s an all-new operating system on board with iOS 10 and this will offer users a whole new experience.

So despite not looking a whole lot different than the iPhone 6S, it will still feel like a new phone across the board thanks to the many enhanced features.

This is another big tick for the iPhone 7 and iPhone 7 Plus which outperforms the iPhone 6S.

Those upgrading from an older iPhone like an iPhone 5 or even the two-year old iPhone 6, will notice a huge difference with the battery that can easily last all day and into the next day.

Pricing for the iPhone 7 is identical to the iPhone 6S when it was launched but now you’re getting double the memory capacity.

The iPhone 7 Plus is $40 more expensive than the iPhone 6S Plus when it was launched a year ago – and again with double the memory capacity.

The only memory capacity in common from the iPhone 7 and the iPhone 6S is the 128GB model.

We were expecting a new design rather than a tweak of the previous model so that will mean we’ll have the same look for a least three years – 2014 when the iPhone 6 launched until at least 2017 when we might see that new-look 10th anniversary iPhone.

Other companies have all refreshed the looks of their flagship smartphones in the last year and, in comparison from a design perspective, Apple is standing still.

The decision to remove the headphone jack means there will be a lot more traffic through the Lightning port if you’re using the included earphones or one of the many Lightning earphones on the market.

This is also, of course, where the iPhone needs to be charged so it’s either listening to music or charging unless you’ve connected with Bluetooth or purchased an adaptor at extra cost.

It would have been nice if Apple had allowed for the iPhone to be charged simply by placing it top of an induction charger instead of connecting a power cable.

The iPhone 7 and iPhone 7 are without question the best devices Apple has ever made.

Despite there being not much change on the design side, it is still a significant improvement with features that have addressed some pain points and the weakness of previous models.

The iPhone 7 and iPhone 7 Plus are now the smartphones to beat.